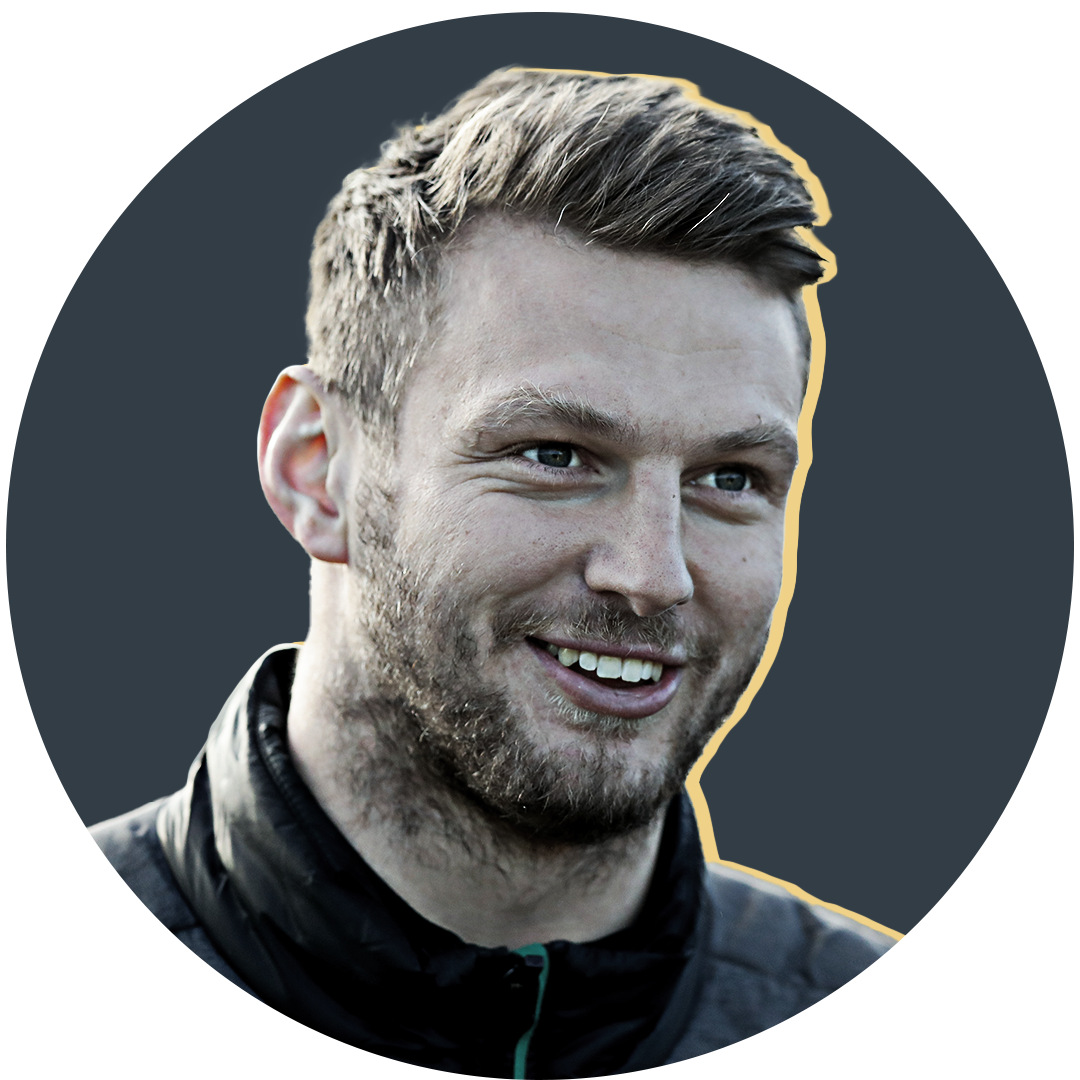 The countdown for the Lions is on and the way I look at it is: would I be gutted if I didn’t get the phone call on Thursday? Yes. Would it affect me in terms of my day-to-day life? Probably not. I say that because when you see what has gone on in the past year, rugby is a small part of the bigger picture.

I’ll be honest, six months ago I probably wouldn’t have figured prominently in selection debates but I feel like I’ve put some decent form together and hopefully I’m now in the mix. If the coaches decide to go another route, then that’s their prerogative and I’m absolutely fine with that.

Look at Sam and Joe Simmonds at Exeter. I don’t think you could find two players who have played at that level in a winning side over the last 12 to 18 months but, for some reason, Eddie Jones doesn’t seem to fancy them… Selection comes down to the opinion of one man.

Just look at Sam and Joe Simmonds at Exeter. I don’t think you could find two players who have played at that level in a winning side over the last 12 to 18 months but, for some reason, and this is not a criticism of Eddie Jones, he doesn’t seem to fancy them. It’s pointless them worrying about it. Selection comes down to the opinion of one man. If Gats (Warren Gatland) was the England coach, or Gregor Townsend, then quite possibly those guys would have had a look-in.

I’m certainly not going to count down the hours to next Thursday or switch anything off that is related to the Lions. I’d be lying if I said I wasn’t thinking about it but it’s out of my hands.

Rugby is a simple game. You know if you’re playing well, or you’re in a team who are playing well, or correspondingly, if your rivals are knocking it out of the park. It’s not rocket science. I’m relaxed about it because I’m at a stage in my personal and professional life where I’m at ease. I think I’ve done OK in my career. It’s not like I’m just starting out, or I’m playing for my next contract. Everybody knows what I’m about and I couldn’t have done much more to get the call.

On the flip side, if I don’t get the Lions shout, maybe it will give me a chance to get a few more Wales caps and inch towards the 100 mark. It would mean I could retire that bit earlier!

It’s funny, there’s a bit of a running joke in the Wales camp. Before training, the experienced boys sit at one end of the changing room. It used to be where Doc (Jamie Roberts), Phillsy (Mike Phillips) and Bomb (Adam Jones) would sit. All of them got so, so close to 100 caps but didn’t quite make it. These days Halfers (Leigh Halfpenny) is closest on 99, but we joke that as soon as you get into the nineties, you’re in the danger zone and that you may as well retire at 89 caps just so you can go out on our own terms. It’s gallows humour, I suppose. I’m on 92 caps now and it’s a big aim of mine to make it to 100 outright caps for Wales.

We’ve been on quite a journey in the last year, I can tell you. There was an amusing moment after we beat England and Cory Hill said: “The bookmakers must be hating us,” because all of a sudden the bookies were shortening our odds and punters were putting a few quid on us to win. They must have thought we were taking the mick.

You can’t tell someone like Al to ease into a Monday training because of his personality. He’s mad and there’s no one else like him with his appetite for setting standards.

It’s weird, when I look back at the autumn, whether it was playing at Parc y Scarlets, or those first Tests under Covid, and I still can’t believe the leap we made from those first few games to winning the Six Nations.

To the credit of the management, after a poor run of results, it would have been easy to hit the panic button, pile the pressure on and stop any enjoyment off the field but they stuck to their guns and made sure we had some downtime and probably more enjoyment than most had in their bubbles. You saw as the tournament wore on our confidence grew in the team and it helped we were pretty settled.

In the autumn, there was a lot more chopping and changing, new players being integrated, different lineout calls, different No9 and 10 combinations. The more familiarity we had together, the better we played. It’s not the first time it has happened with Wales.

We’re also lucky to have great leaders in the squad and I think the Covid break did Al (Alun Wyn Jones) a huge favour. By the time everything stopped, he was running on empty, so it forced him to switch off a tiny bit. You can’t tell someone like him to ease into a Monday training because of his personality. He’s mad and there’s no one else like him with his appetite for setting standards.

Everyone says how inspirational he is as a captain and I don’t disagree but what’s more inspiring is that his level of performance very rarely dips. A captain is a focal point of the team but if he was playing like a drain every week, his words wouldn’t have the same impact. Al will keep going until he’s about 40 – though I’m not quite sure what he’s going to do after that. He’ll figure it out, I’m sure.

Another factor of Wales’ upturn was Ken (Owens) returning to the squad. He was a big loss during the autumn because he’s the clear No1 for Wales in his position and it gives him confidence to transfer his energy into becoming a bit more of a leader rather than worrying about his place. He has got better as he has got older and brings a calmness to the team.

In five or six years I think you’ll see this team with a raft of England regulars. Sides will come to Franklin’s Gardens fearing how good the team are.

As for club matters with Northampton Saints, I’m happy with where we’re at. There were some dark moments back in the autumn but it probably didn’t help how well we’d been going before Covid. We had qualified for the Champions Cup quarter-finals, we were second in the league but, for whatever reason, we just couldn’t get any momentum in the second half of the season and the optics didn’t look great.

I’m really glad it’s not like football, because after that sort of losing run, club chairmen could get twitchy but I’m happy they realise that we’ve got a director of rugby who is one of the best in the business.

During that whole spell, one of Chris Boyd’s greatest strengths was that it never seemed as bad as it was perceived outside the group. He has never been about ranting and raving and getting emotion involved. In essence, he takes the black and white out of situations and that mindset kept the boys pretty level-headed. What I’m proud of is that there are so many good people at the head of the club like Chris and Mark (Darbon), our CEO, who make sensible decisions.

I truly believe that in five or six years you’ll see this team with a raft of England regulars. The hope is that sides will come to Franklin’s Gardens fearing how good the team are. From day one, Chris has backed youth and his forward planning will make sure this club are in a very good space long after his work is done.