RUGBYPASS+ The referee's our saviour 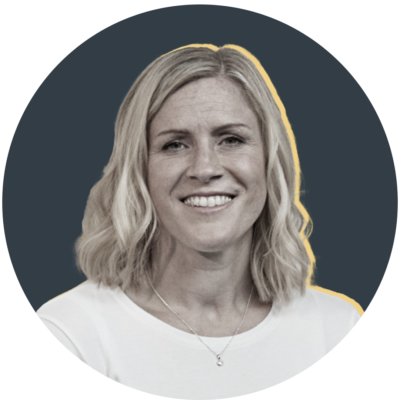 My brother Joe stood quivering with rage in our local rugby club, steam coming out of his ears and some awful insult rising in his throat.

Growing up, my two brothers and I were always getting stuck into each other, bickering and scrapping and generally causing mayhem. One particular afternoon, the boys were arguing furiously in the clubhouse. Sam had clearly wounded Joe’s pride, inducing this state of sheer, uncontrollable fury.

“You… you… you…” he began, searching for the perfect, haymaker put-down. We sat watching and waiting for the massive swear word or heinous abuse he was about to deliver that would once again embarrass our parents. It didn’t come. Instead, Joe’s barb of choice went like this: “You… you… you… referee!” Obviously, in our rugby-mad household, and at the rugby club itself, calling someone a referee was worse than any swear word he could think of.

My dad loves to tell this story – especially since he regularly refereed at the club.

Rugby asks more and more of its officials every year. We are fundamentally subjecting them to more scrutiny than ever.

We like to talk a lot about inspiration in rugby: inspiring the next generation, inspiring people to take up the sport, inspiring performance and culture, inspiring more women into key roles. But there is one group I fear we are not inspiring – in fact, we are at risk of wreaking precisely the opposite effect – the referees.

Rugby asks more and more of its officials every year. We ask them to explain, concisely, every relevant law influencing their decision, and do so in English, which for many is not their first language. We ask them to be bilingual, or even trilingual. We ask them to make more split-second decisions without relying on the TMO, but then complain when the TMO isn’t used. Recently we have seen pundits and ‘experts’ completely disagree about the interpretation of certain laws, and although we can’t agree whilst in our armchairs or even days after the final whistle has been blown, we expect referees to make the right call at the right time in the heat of the battle. We are fundamentally subjecting them to more scrutiny than ever.

Let’s not forget there are around 150 pages to the World Rugby law book and changes to the ‘interpretation of the laws’ are introduced most years – which of course referees need to deliver straight off the bat.

I have seen some of the most vile abuse towards officials on social media. It was a disgrace to our sport that Andrew Brace had to be stood down from refereeing in France after overseeing the Autumn Nations Cup final where England beat Les Bleus, with some individuals posting abuse on his late father’s obituary online.

While all of this rumbles on, there are so many positive stories in the refereeing world. Sara Cox and Hollie Davidson have broken into the men’s professional game, while Claire Hodnett and Joy Neville have been covering plenty of high-profile matches as TMOs. The more games they oversee, the less their sex is discussed. It becomes normalised – and that is an excellent thing. It is also brilliant to see Karl Dickson, the former Harlequins scrum-half, excel on an accelerated programme and he is getting loads of opportunities now, highlighting the pathway from playing to top-class refereeing.

It should be a brilliant and desirable profession. It can present opportunities to be involved in some of the biggest and best sporting events in the world. You can be part of the Olympics or Commonwealth Games, travel the world on the HSBC World Rugby Sevens Series, or even play a role in a World Cup final. However, if I was a young person and I saw the scrutiny the referees came under, the comments on social media, the way the media tear into them, I’m not sure I’d want to put myself in that position.

Referees often earn a fraction of the fees of anyone else involved in a match, from the players and coaches to the commentators and broadcasters, despite being under the greatest pressure to perform.

People like Wayne Barnes aren’t going to be around forever and we need a flow of referees coming through. The earlier they start, the better they’ll be. The Scottish group that includes Hollie, Mike Adamson, Sam Grove-White and Ben Blain, have particularly impressed me as they have made big strides with the games they are covering. It’s great that most of them earned their stripes on the ultra-intense sevens series.

More referees, too, are taking on the TMO role. Perhaps having been there and done it on the field so recently, they are current to the game and very well equipped to do the job. But we’ve also lost specialist TMOs who were excellent operators, but likely balancing the gig with full-time work, family, and life outside of rugby, without stellar remuneration.

And that’s another problem: these people, by and large, are not well paid. They often earn a fraction of the fees of anyone else involved a match, from the players and coaches to the commentators and broadcasters, despite being under the greatest pressure to perform given the stakes and scrutiny – and they cannot have an off day!

Why is there such a disparity? How do we justify that when we’re asking them to deliver just like the rest of us? They do all their homework, all their reviews – which I’m led to believe are tougher than some of the players’ analysis meetings! – they are away from their families and making sacrifices to be the best athletes they can be to ensure they perform to their full potential. Without them we would not have a game.

Everyone assumed that as an elite rugby player, I was earning £70,000-£80,000 a year – I wasn’t, I was earning £18,000. Playing for England actually cost me money. But I was never allowed to say that. It seems that the referees are not allowed to say it either. I want to ask the question and apply a bit of pressure to the authorities to give us an answer.

Yes, we have more women in bigger roles. Yes, we have better pathways and are fortunate to have some wonderful role models. But the pressure, scrutiny and expectation has risen and risen again, and I can only see that trend continuing. Against such a backdrop, how do we make sure refereeing is still seen as a really positive job within our sport and something to aspire to?

As coaches and pundits, it’s imperative that we show respect for the role that they play. We’re the voices that the public hear on televised games. It’s our responsibility to recognise that. But I also believe that everyone has a role. Just like elite players, elite referees start somewhere. This is more often than not in the grassroots game. These initial experiences will shape their passion and determine whether they continue. As a sport, we can’t play without them, so let’s back off a bit. Stop for a moment before you moan and get angry about every decision they make. Let’s really look after these people in every sense and ensure a generation of future officials is not lost.