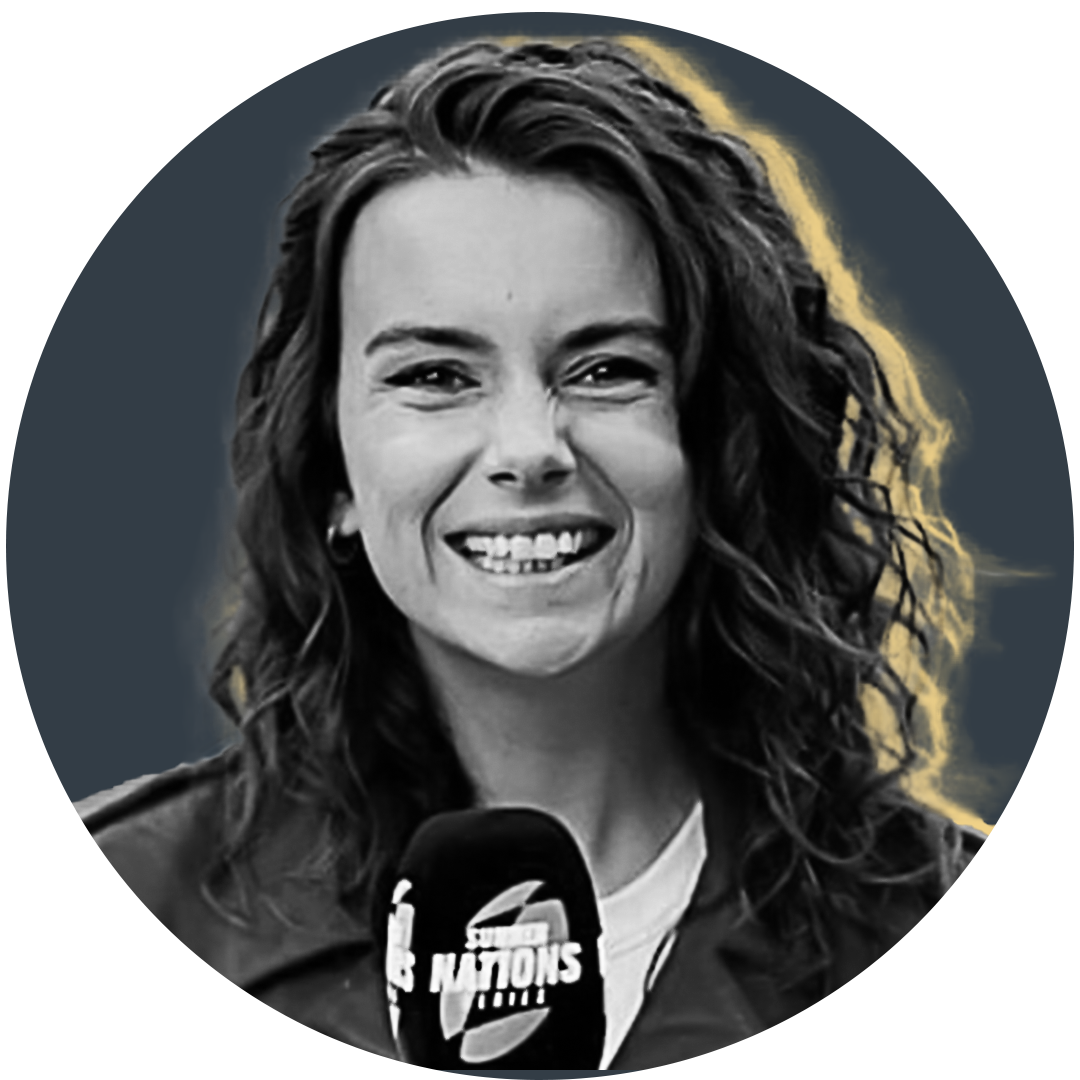 The team was announced, the names inked vertically down the commentary notes. Fifteen to nine, one to eight, and then replacements, truly the only real way to do team sheets, and then the finer details added. Club honours, previous World Cup campaigns, caps, and ages. Immediately, something stood out.

The side Thomas Darracq had named to face Fiji was youthful to the point of being adolescent. So fresh-faced that the most experienced player on his bench had 12 caps. So green on the international stage that not one of his four props had played a senior Test before 2020. So young that there was a very real chance that the fixture – which kicked off at 7:15pm in Whangerei – would finish past some of their bedtimes.

Of course, there were veterans and superstars scattered amongst the nippers – Jessy Trémoulière, Safi N’Diaye, Céline Ferer, Gaëlle Hermet and Caroline Drouin – but it was clearly a concerted effort to provide France’s future with top-flight exposure.

It will have proven a late night for some of them, but they got the job done. Forty-four points to nil. A quarter-final in the diary. Granted, their attacking performance against Fiji was woefully inaccurate at times and devoid of the requisite composure on occasion, but their defence proved impenetrable, and there were bright moments promising of even brighter days to come.

France’s fledging front rowers won every one of their scrums (minus the one conceded because scrum-half Pauline Bourdon strayed offside), whilst eliciting three penalties from their Fijian counterparts. In her 23-minute appearance, replacement hooker Célia Domain bagged a try, made seven out of her seven attempted tackles, and the 22-year-old found her mark with each of her four throws. Les Bleus bagelled a Fijiana side who’d put three scores on the Red Roses just a fortnight previously, and the players on their team eligible for a 16-25 Railcard played 80 minutes with a 94% tackle success rate.

That’s just scraping the statistical surface. Charlotte Escudero, who’s only been able to drink legally in the US since Christmas, made her debut in September, but is pulling up trees down in New Zealand. She’s made 48 tackles already – 25 against England alone – and it’s becoming apparent just why she’s been compared to a young Abbie Ward or Zoe Aldroft. Émilie Boulard’s on two tries, and is fourth and fifth in the tournament for offloads and clean breaks, respectively. She turned 23 in August, and is maintaining all the arresting dynamism she showed on debut – when she started and finished a gem so precious it won Try of the Year in 2021.

The game had been poised at 19 apiece, but – as Joy Neville ran beneath the posts to award the Italians a decisive penalty try – the tearful Blagnac playmaker headed for the naughty step, convinced her World Cup dreams had been dashed.

In their quarter-final, France had the upper hand over a history-making Italian side, but were struggling to click offensively. With 50 minutes on the clock, and the score stalling at 16-3, Coco Lindelauf and Assia Khalfaoui entered the fray for their 13th and eighth caps respectively, and proved exactly why it’s now in vogue to refer to replacements as ‘game changers’. Fast-forward ten minutes and a deluge of barnstorming carries, and France – with front-foot ball and wind back in their Tricolore sails – led 30-3. Game, set, and match.

Moments later, another bright young thing arrived on the field – and put in a performance which was about much more than numbers. You see, Lina Queyroi earned her first start in Biella, against Italy, and it was an evening to forget. France tasted defeat at the hands of the Azzurri for just the fifth time in their history, and the young fly-half was visibly distraught after receiving a yellow card in the 75th minute. The game had been poised at 19 apiece, but – as Joy Neville ran beneath the posts to award the Italians a decisive penalty try – the tearful Blagnac playmaker headed for the naughty step, convinced her World Cup dreams had been dashed. ‘I didn’t expect this selection at all’, she admitted as the 32-player squad was named.

From her subsequent performances, the gifted half-back’s confidence seems to have been carefully rebuilt behind the scenes, and she’s flourished with each carefully managed exposure to Test rugby. Seventeen minutes and a trio of conversions against South Africa in the storied Eden Park, a few moments against England in a cauldron with precious little entente cordiale, another cameo against Fiji, and then a distinctly eye-catching appearance facing Italy – against whom she could have really grappled with those demons.

Go back to the 69th minute and watch her offload to N’Diaye  – no, really, do it – a young woman on her sixth cap unleashing one of the greats on her 89th – and then her work to be involved again seconds later. She’s straight back in the thick of things, fixing a drifting Elisa Giordano so that Joanna Grisez – another new kid on the block – can glide to a hat-trick. The hustle, creativity, and fearlessness in that single passage of play suggested she’d comprehensively exorcised the ghosts of that evening in the Italian Alps, and the nailed touchline conversion was a neat touch: just to blow away any lingering baggage.

France defeated New Zealand twice in the Autumn, but this is a transformed Kiwi side, and the reigning champions will be heavy favourites – no matter how much experience Darracq hurls at them. Expect fireworks.

Right from his World Cup squad announcement, Darracq has shown a tendency to back players for their potential and form, rather than big game experience. Eyebrows were raised when Audrey Forlani and Cyrielle Banet weren’t boarding the plane to New Zealand, whilst Grisez – uncapped in XVs – and Mélissande Llorens – with just five appearances in that famous blue jersey – were tasked with securing the tournament’s perennial bridesmaids their first appearance in a final.

They’ve a mountain to climb this weekend – as they face a Black Ferns outfit with plenty of wunderkinds of their own, and who have out ‘jouer-jouer’d’ even the French so far this tournament. France defeated New Zealand twice in the Autumn, but this is a transformed Kiwi side, and the reigning champions will be heavy favourites – no matter how much experience Darracq hurls at them. Expect fireworks, and for France to execute another gargantuan defensive effort.

What’s beyond doubt though – and it’s perhaps time to wrap this up, lest I’m still writing as the likes of Chloé Jacquet and Yllana Brosseau are trotting out as centurions – is that the conveyor belt of next-gen ballers is littered with les vedettes Française. They’re rising to the occasion already, and it’s thrilling to think how much better they should be in three years’ time, when they cross the Channel in pursuit of immortality.

Their male counterparts are seeking silverware of their own next Autumn, when they host a World Cup for which they are very much contenders, and there are certainly parallels to be drawn. Many of their young stars experienced World Championship glory (France have won the last two U20 editions) and have since galloped to Grand Slam glory. Galthié has played the long game with a golden generation, and they could well reap the rewards in just under a year’s time. Something similar appears to be happening within the XV de France féminin – their newcomers have sparkled in the Land of the Long White Cloud – and we await their coming of age with baited-breath.