RUGBYPASS+ Finding a way through 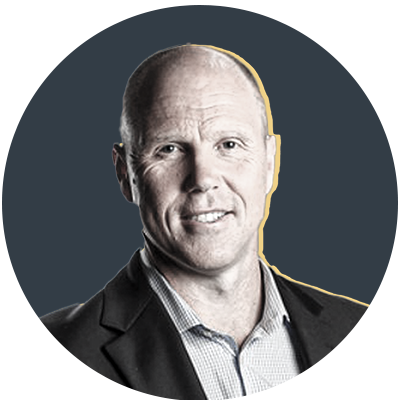 By Jeff Wilson
Finding a way through
By
Jeff Wilson
2 years ago
New Zealand
9:42pm, 29 November 2020 Go to comments

I was part of that 1998 team and where we were then is quite relatable to where this All Blacks group currently is.

The link isn’t the consecutive losses as such, it is the lack of collective experience in the current team.

In 1998 we felt the impact of losing a number of great players who had been around for a long time.

I was part of that 1998 team and where we were then is quite relatable to where this All Blacks group currently is.

We had come from a period of success in 1996 and 1997. We had made history and that was a very experienced side – deep with talent and full of guys who had played big, big games.

But Sean Fitzpatrick, Zinzan Brooke and Frank Bunce all retired at the end of 1997 and we didn’t have that same level of understanding without them.  We just didn’t have the same depth of experience and at the highest level experience accounts for a huge amount.

While we lost five games in 1998, the All Blacks actually endured a prolonged period of inconsistency after that.

It was a decade of inconsistency in fact – the big turnaround coming after the quarter-final loss to France in 2007. It was after that, that the team had the collective experience to win those big games – to grind out victories and the All Blacks enjoyed a remarkable run of success between 2008 and 2018.

But over two generations and two World Cups we have lost a whole lot of experience and we should expect another period of inconsistency because what we have now is essentially a rebuild.

It’s not a regeneration or re-establishment which was the term former All Blacks coach Steve Hansen used in 2016 after the likes of Richie McCaw, Dan Carter, Ma’a Nonu and Conrad Smith retired; this is a genuine next generation of All Blacks players graduating into the team and getting the opportunity to play multiple test matches.

Some of the players in this current team may seem like they have been around for a long time, but they haven’t played a lot of tests.

At the moment Jack Goodhue isn’t Ryan Crotty, yet. Anton Lienert-Brown isn’t Conrad Smith, yet. That’s not to say they can’t be. Tyrel Lomax and Ofa Tuungafasi don’t have the same impact as Owen Franks, yet.

The team that played the fourth Bledisloe Cup test in Brisbane, only had nine players in the 23 who had more than 30 caps.

I subscribe to Hansen’s view that 30 caps is probably the number you need to have to say you have been around the environment long enough.

And I subscribe to Hansen’s view that 30 caps is probably the number you need to have to say you have been around the environment long enough.

So the next 18 months is going to be a difficult time for the All Blacks as they try to build their collective experience and learn how to win those tight games.

What is going to make it harder is the nature of the game right now, which has gone back to what it was like in the early 2000s with defence dominating and controlling the game.

It is becoming harder for the team carrying the ball to generate momentum and score points. The only thing that breaks that open for the All Blacks is talent.

But we have also seen that some teams have become so good defensively that they can take the game away from the All Blacks. England did that at the World Cup. Argentina did it last week and we have seen Ireland do it a couple of times as well.

My suspicion is that the game has reached the point where the All Blacks have to accept that there will be tests when they have to knuckle down and win a test match ugly.

The weekend was a great example of how things have changed. Across the globe it wasn’t pretty to watch and those teams, such as the All Blacks, who like to play an expansive game all the time, have to accept that is not going to happen now.

It is hard to construct a team try over a long period of of possession. Teams will concede penalties before they concede five.

I feel like the All Blacks were in a campaign – especially at the 2019 World Cup – where they were trying to find an attack plan to break down the opposition to the point where they couldn’t be stopped by anyone.

Maybe they are going to have to be less ambitious, or certainly learn the art of adapting their strategy quickly and effectively so if they are being shut down by a defensive team, they have a way of responding.

The All Blacks may have to be less ambitious, or certainly learn the art of adapting their strategy quickly and effectively … in order to respond.

Eddie Jones seems to be using this narrative a lot with England – selecting sides for the opposition: not just having the one way and only winning if they are allowed to play the way they want to play.

Having that innate ability to change your game at the highest levels is very difficult and it was something at the heart of the All Blacks success between 2008 and 2017.

With McCaw and Read leading the way, I think the All Blacks were able to adapt to conditions and opponents.

The All Blacks wanted to play fast and wide in that period by inclination, but they were also capable of grinding out victories when they had to. They were able to rely on their defence, set-piece and kicking game when they had to and the current All Blacks team haven’t developed this same ability yet.

And I wonder if the All Blacks have ignored that whole side of the game a little bit and question whether they will find it if they continue to pick the same players every week.

Maybe they need to develop some flexibility in the selection process based on what they might face on any given weekend.

There’s no reason to believe the All Blacks can’t develop this flexibility as over the last few years we have seen how good the Crusaders are at adapting the way they play.

They would start off in March and April playing a wide game in good conditions and then when it got nasty and wet in Christchurch in May, June and July, they tightened up.

They would scrum for penalties, kick their goals and just squeeze their opposition for 80 minutes. They had a real understanding of how to adapt their game.

The global rugby landscape is highly competitive at this moment and the All Blacks are in the pack.

For the next 18 months then the All Blacks have to find a way to build their experience and get better at playing a more defensive brand of rugby, regardless of weather conditions.

It is critical that the All Blacks learn that they might have to adopt a defensive style even in perfect conditions. They are an on-top-of-the-ground team and want to play at speed.

But when the ground is dry and hard, it also means the defence is on top of the ground and the contest at the breakdown is different. It is harder to manipulate a team defensively in those conditions and so the All Blacks have to build multiple ways to confront intensely accurate defences.

The global rugby landscape is highly competitive at this moment and the All Blacks are in the pack. This will not be an easy rebuild and there will be challenges along the way. We are fortunate that the rugby ability is always there, the real question is can they learn how to win?