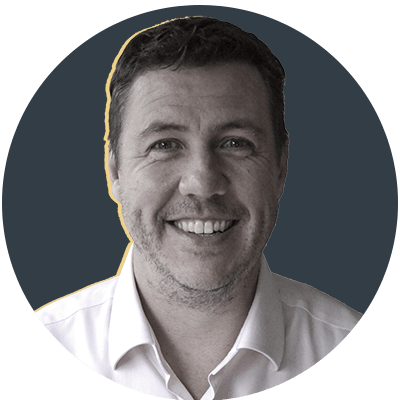 Australian rugby’s big-name off-season recruit is set to storm the game – and one of the men who carved the path for Suliasi Vunivalu can’t understand why more players aren’t following suit.

The new Queensland Reds flyer, 25-year-old Vunivalu, would stand toe to toe with retired 67-Test cap Wallaby Lote Tuqiri in his prime. Size, speed and skill are the rare combination both Fijians offered as they signed for Australian rugby from the NRL, each standing 1.91m (6ft 3in) tall and weighing in at 100kg with tryscoring records in their wake.

Both had achieved serious success in the NRL with national titles and representative honours, but the call of rugby union was an itch that needed to be scratched.

From outside of the country, the well-used line that rings true about choosing to play rugby league or rugby union in Australia is to ask whether players would prefer to play in Penrith or Paris? The inference being that there is something decidedly less sexy about the western suburbs of Sydney when compared to the ability to travel and play in the world’s great cities.

The answer, of course, is not as clear as that line would suggest. In Australia, professional rugby league domestically is massive – a broadcast deal that enters the billions column, TV ratings dominance, and 16 teams spread across the east coast of the country that play in a well-supported competition for over 30 weeks of the year.

But for Tuqiri, who conquered both codes as he switched from league to union and then back, the ability to live out a number of sporting dreams is one more players should chase. Particularly if, as Vunivalu does, they have existing connections to the game.

By that time in my career, I’d won a Grand Final, I’d played State of Origin, I’d played for the Kangaroos and they came knocking. I opened the door and the rest is history.

Tuqiri on his decision to switch codes

“I am surprised more people don’t make the move, going both ways,” Tuqiri told The XV. “I really enjoyed the transition. I’d always told myself that I’d switch at some point in my career to see how I would go, and I had an affinity with the game.

“Being of Fijian descent, we love rugby. I grew up watching the amazing Fiji sevens teams of the early 1990s and appreciating the skill of people like Waisali Serevi, and then guys like ‘Campo’ [David Campese] with the Wallabies.

“I wanted to test myself at some point and the 2003 World Cup was prime time for me. By that time in my career, I’d won a Grand Final, I’d played State of Origin, I’d played for the Kangaroos and they came knocking. I opened the door and the rest is history.”

While almost two decades splits them, Vunivalu echoed the words of Tuqiri. “It’s an easy transition for me because I grew up playing rugby,” he said. “I have unfinished business in rugby. I’ve done my time in rugby league, and I’ve achieved what I wanted to achieve.

“This is something different, a new challenge and I’m looking forward to it.”

A young Tuqiri signed for the Wallabies and Waratahs at a high point for the game in Australia in 2002, joining fellow high-profile recruits who went on to star for Australia, Wendell Sailor and Mat Rogers. Twelve months later, Tuqiri was scoring the opening try of the World Cup final by leaping high over yet another rugby league convert on the world stage, Jason Robinson.

The ability to play at the game’s highest levels so quickly is one that Tuqiri puts down to the fact that he wasn’t completely new to the game, having played or been around the 15-a-side game as a youngster.

“It definitely helps if you have a grounding in the game,” said Tuqiri. “I watched the game growing up and I really loved watching the old Wallabies teams with players like Tim Horan and Jason Little in combination. I used to go and watch club rugby here in Brisbane, my father played for GPS and Teachers. So I think that really helps if you have an affinity with the game and just the rules in general.”

Which is one reason Tuqiri expects Vunivalu to be an immediate success. Vunivalu played union as a junior, turning out in schools’ competitions in New Zealand before being poached by the NRL’s Melbourne Storm. And slotting into the Queensland Reds backline alongside existing Wallabies such as Jordan Petaia is a more straightforward prospect than attempting to learn the intricacies of the front row.

Clearly it’s a harder transition for a forward than a back… Guys who go over cold and have never played the game can struggle.

“Clearly it’s a harder transition for a forward than a back,” said Tuqiri. “I was a winger, I got paid to score tries. Other than obviously trying to kick – and I don’t think I had too bad a kicking game, but I was a runner of the ball. And those positions are easily transferable, they’re very familiar positions as a back, and really all the way from No9 to No15 it’s relatively simple, especially if you have that grounding in the game.”

Of course it is possible without the grounding but, as an example of how it can be harder, Tuqiri points to a former team-mate in the NRL’s South Sydney Rabbitohs side. Sam Burgess went from rugby league forward to rugby union back – and clearly had a larger hill to climb.

“When you’re relaxing and you’re just playing the game and you know what’s going on, it really helps, particularly when you don’t have a lot of time. [When I joined] I was just playing on instinct.”

One other thing in Vunivalu’s favour as he sizes up a Reds season and a run at a Wallabies back-three jersey, is that he will be mentored by possibly the best code-crossing player Australia has seen.

Queensland coach Brad Thorn didn’t just switch between rugby union and rugby league, he switched countries as well between Australia and New Zealand, and did it repeatedly. Thorn proved to be the best in both codes in two countries and won everything each game had to offer in an astounding career.

“I applaud guys like Brad Thorn, I don’t know how he did it,’ said Tuqiri. “He just went in there and did the hard work, but he’s an absolute freak. He came across and went back a million times too.”

Tuqiri also finds some of the negative attitude to union in Australia to be puzzling, having seen the best of union and league.

There’s a lot of things you’ve got to get on top of, it’s just not the scoring tries as people think. You do have to work pretty hard, you’ve got to be tough.

“People would say you went across because you were making money and just scoring tries and you’re bored,” he said. “But there’s a lot more to it. Ruck work, some of the intricacies of the clean-out, those wide clean-outs. You know they’re contestable out there and you’re getting up off the ground nice and quick to sort of make the tackles, then guys coming in from 5metres or 10m away to clean me out.

“There’s a lot of things you’ve got to get on top of, it’s just not the scoring tries as people think. You do have to work pretty hard, you’ve got to be tough.

“There’s a lot of rugby league people who say it’s a soft game, but it’s a damn tough game. I broke my nose for the first time in union, not league. I broke it against the Irish at Lansdowne Road and had [Wallabies doctor] Martin Raftery cracking it back into place at half-time.”

Not just tough, but with peaks to scale that loom large outside of the boundaries of Australia, with genuine international opportunities and exposure. For Tuqiri, a man who hit the heights of rugby league in front of massive audiences repeatedly, it is his union years that people now remember him for most.

“I really enjoyed my time playing rugby and I’m probably known more for having played union in my time with the Wallabies and the Waratahs than I am for playing rugby league,’ he said. “So I’ve got a lot to thank the game for. And some really good mates are still in that union crew, so it’s a great fraternity to be a part of. And it’s just a great way to see the world and see it with your best mates. I had a really good time.”