END_OF_DOCUMENT_TOKEN_TO_BE_REPLACED

Hamish I think in Rugby the international game is king and will always be the case. However I think in NZ we don't have the balance right. As you say the total focus has been on the All Blacks and not enough attention has been put on Super Rugby and how to enhance that. They have seen it as a high performance tool to service the AB's and have not valued it as a competition in it's own right. However I think the current board have a different view and moving in the right direction. Having created an independent board to look solely after the competition is definitely a step in the right direction. I see the growing of the Super comp as the number one priority for NZ and Aus.

END_OF_DOCUMENT_TOKEN_TO_BE_REPLACED
'Rumours are getting louder': RTS linked with return to former NRL club
A
Andrew 6 hours ago

Like Benjie, completely mismanaged. If hed gone to the Chiefs or Saders theyd have had him on the wing or FB and hed have succeeded. If SBW had started with the Blues hed have failed too.

Late call-up James Stokes was among the try scorers as London Irish withstood a late comeback from Newcastle to record a 31-22 Gallagher Premiership victory at the Brentford Community Stadium.

The Exiles dominated for large spells of the entertaining clash as they recorded their second league win of the season.

The Falcons – who had only lost once in the league prior to this game – threatened an unlikely comeback from 24-8 down in the closing stages, only for the hosts to deny them even a losing bonus point with a late try.

London Irish were forced into a late change with winger Ollie Hassell-Collins being replaced in their line-up by Stokes, with Ben Loader switching to the left as a result.

Joel Hodgson ought to have opened the scoring for Newcastle with a penalty after 14 minutes, only to drag his effort to the left of the posts.

Instead, it was the Exiles who went ahead when Argentina hooker Agustin Creevy grounded the ball over the line off the back of a strong driving maul, following a line-out. Paddy Jackson added the conversion. 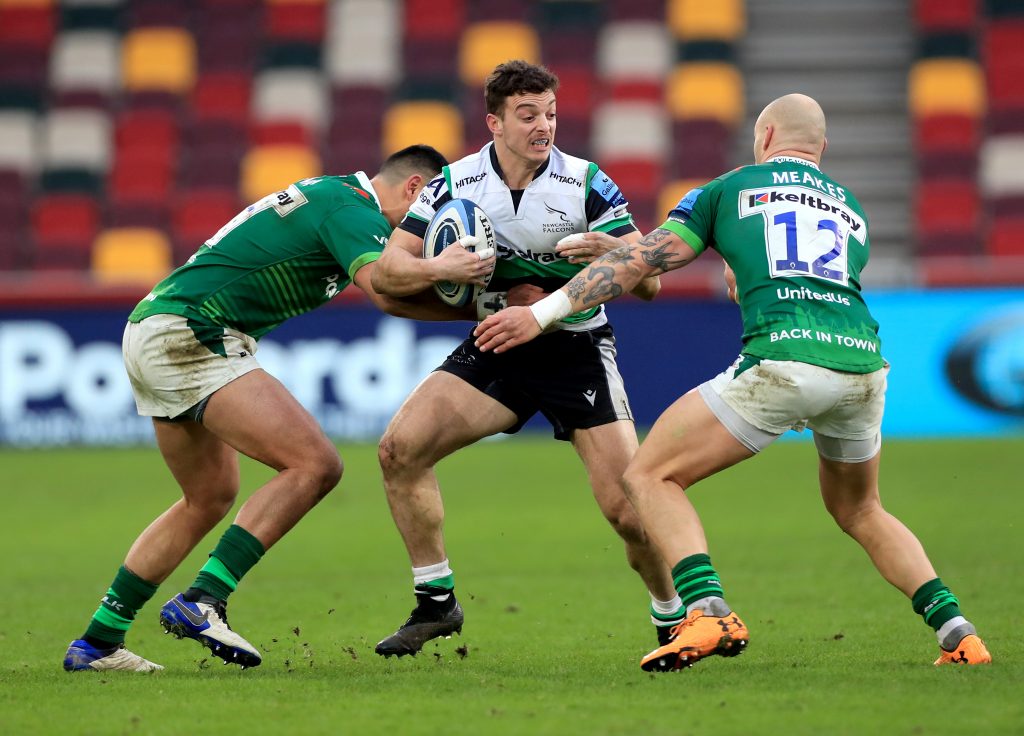 The hosts crafted a superb second try just short of the half-hour mark, as Jackson swapped passes with Billy Meakes before passing to the onrushing Tom Parton.

Parton’s ball outside was slightly behind Stokes, but the former Coventry man did well to gather and then finish in the corner, with Jackson converting in style from the touchline.

The Falcons managed to get off the mark before half-time when Hodgson’s brilliant long pass found Ben Stevenson all alone on the left to go over.

Although Hodgson could not convert, he did close the gap to 14-8 at the break with a penalty after Loader was penalised for holding on. 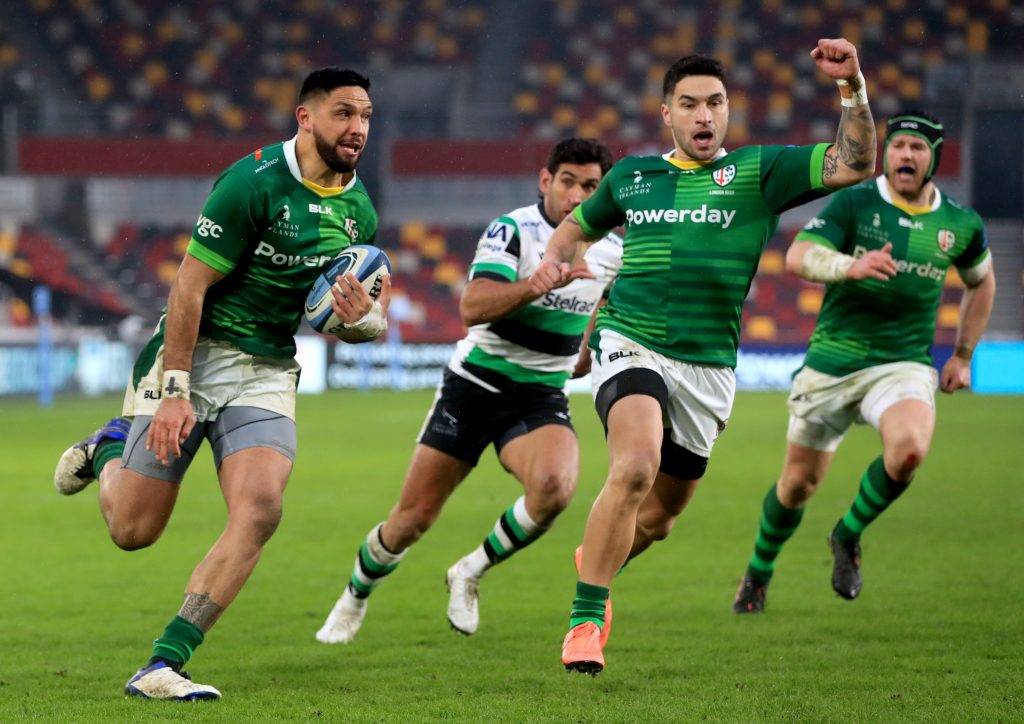 Tom Penny did not do Newcastle’s hopes of turning the game around any good, however, after he was sin-binned for a needless charge into his fellow full-back Parton five minutes into the second half.

Jackson slotted the resulting penalty before Irish seized control of the contest with another well-worked try.

Jackson’s cross-field kick picked out Stokes on the right and he fed the ball inside for Parton, who quickly sent Curtis Rona clear to score, with Jackson again adding the extras.

In the worsening conditions, Newcastle burst back into life in the final 10 minutes as Sam Stuart managed to force his way over before Philip Van Der Walt set up Gary Graham and suddenly the gap was down to 24-22 with five minutes remaining.

But London Irish finally made sure of the victory with two minutes left when replacement hooker Motu Matu’u was helped over by another driving maul to secure a try bonus point for his side.