Harlequins’ hopes of making an impression on the Champions Cup campaign came to a brutal end as they were crushed 49-7 by Racing 92 at The Stoop.

A week after falling short in Munster, Paul Gustard’s side were overrun across the field and after two Pool B outings they have yet to register a point with final group games against Racing and Munster to come. 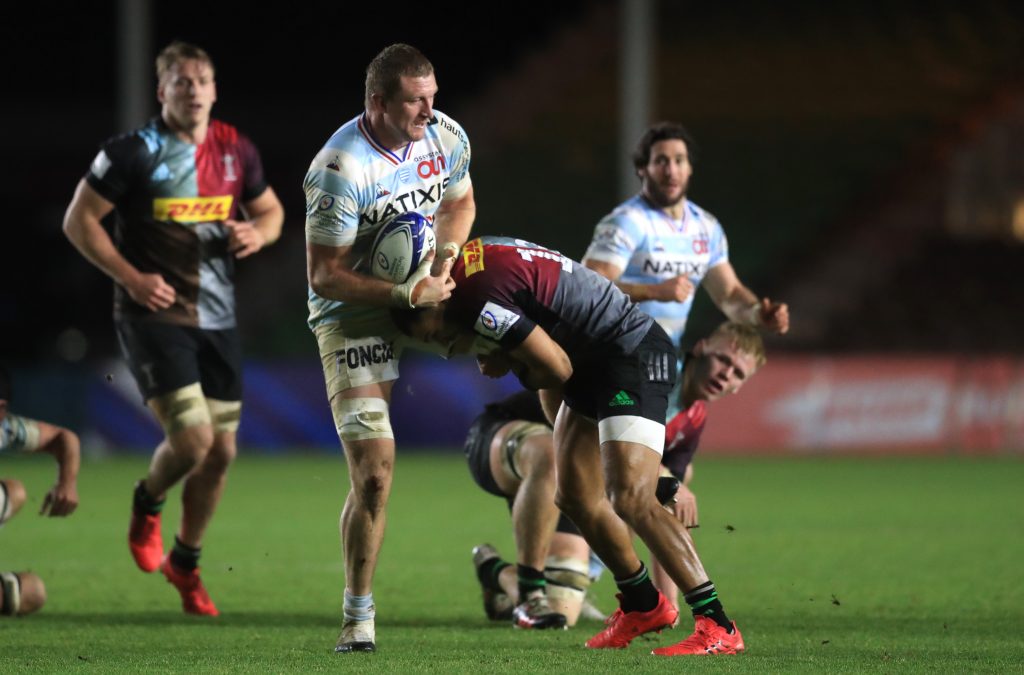 It took until the 60th minute to register a point when replacement scrum-half Scott Steele finished a well-orchestrated move that heavily involved Marcus Smith, but by that time last season’s runners-up already had the bonus point sewn up.

Finn Russell was irrepressible as he delved into his box of tricks to keep the home side guessing, but the standout moments were thrilling tries by Teddy Thomas and Simon Zebo.

Quins were battered at every turn and apart from Steele’s try, they never threatened Parisian opposition who have now placed one foot in the quarter-finals and on this evidence will be challenging at the business end of the tournament. 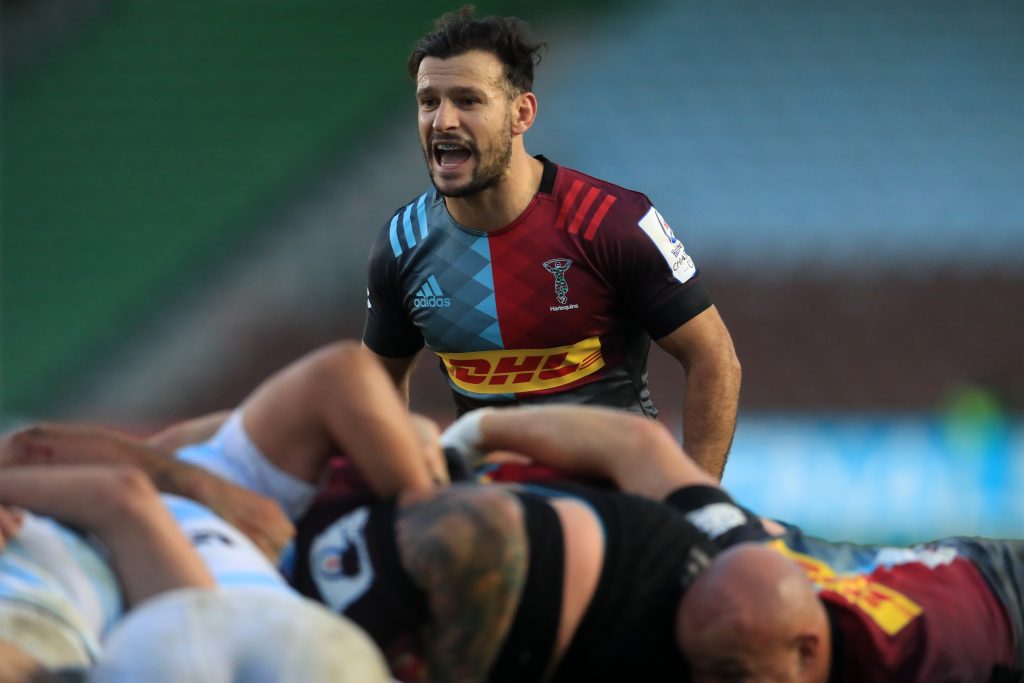 Racing pounced with a stunning finish by Thomas in only the third minute, but the France wing was helped by some feeble defending that invited him through the fringes of a line-out.

Thomas still had work to do but an arching run swept him around a static Quins backline that failed to lay a hand on him.

Racing used brute force at the next attacking line-out as they drove over with ease for hooker Kevin Le Guen to touch down and with scrum-half Maxime Machenaud on target from the kicking tee, it was already looking grim for the home side. 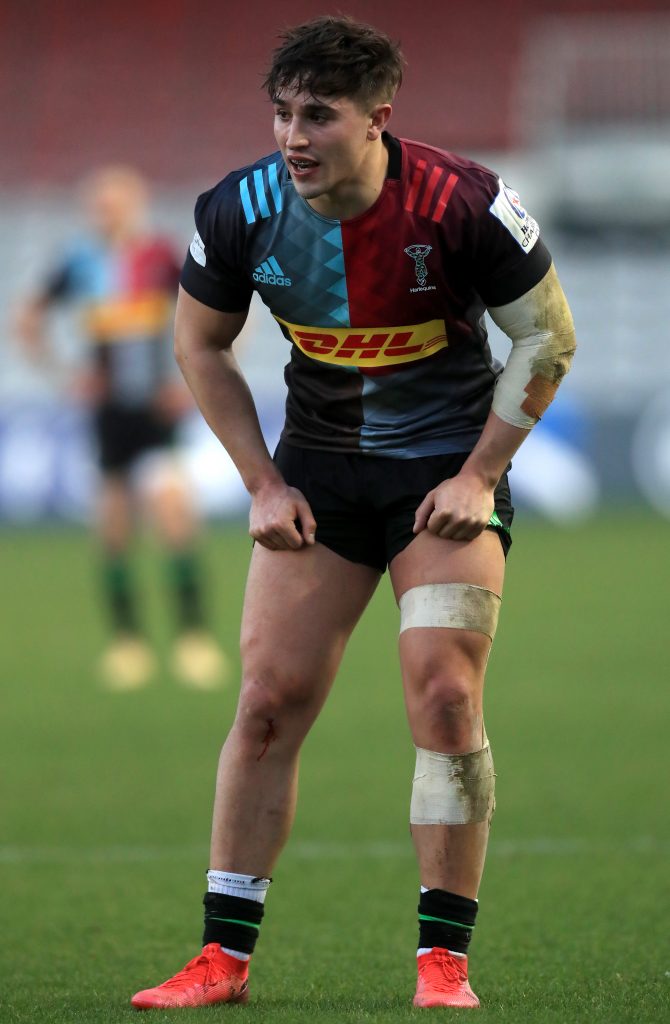 Russell had already produced a range of kicks to keep Quins retreating and as the first quarter ended the lead had stretched to a worrying 20 points.

The one-way traffic was stemmed when neat interchange between forwards Joe Marler and Dominic Bird sent Joe Marchant through a gap but a knock-on halted the move and a promising spell ended when Danny Care was penalised for crossing.

Racing dominated the rest of the first half without making any further impact on the scoreboard but that changed just 37 seconds after the interval when an unprotected blindside was ruthlessly exploited.

Care’s box kick was caught by Zebo and the Ireland full-back raced upfield, interchanged with wing Donovan Taofifenua and strolled across the whitewash for another easy try. 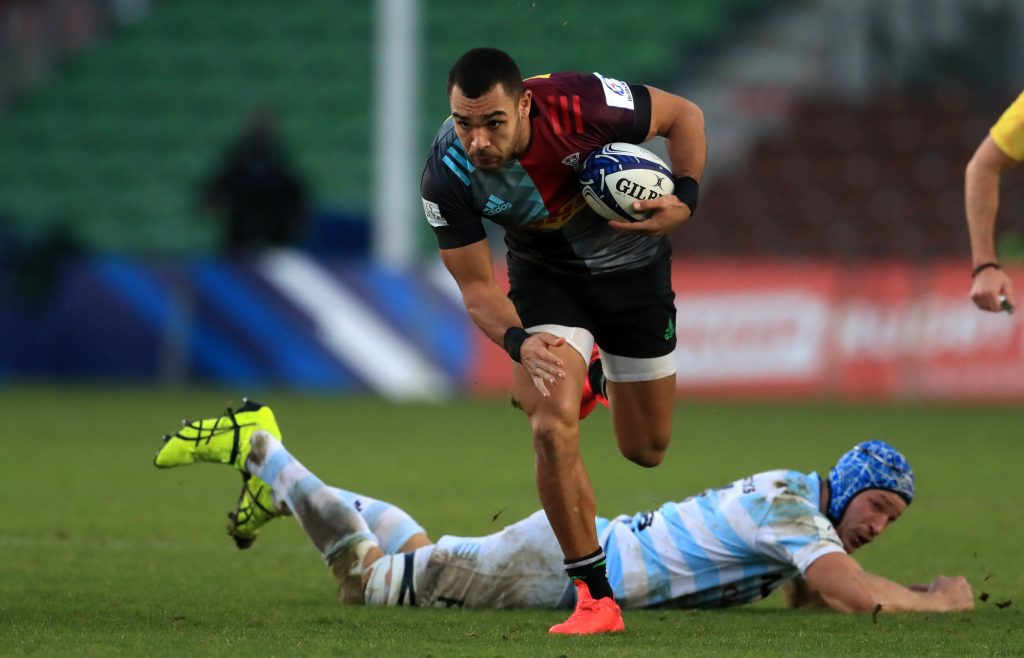 Once again a running score was followed up with a forward surge as replacement prop Georges-Henri Colombe touched down when a driving maul arrowed infield from the line-out.

To compound Quins’ escalating misery, Steele was sin-binned and soon after Taofifenua caught Russell’s kick to touch down.

Steele finished a dashing attack down the left as the home side hit back but it was only a brief interruption to the flow of play as Teddy Baubigny and Francois Trinh-Duc scored tries to complete the rout.