Australia bounced back from their defeat to Wales with a 45-10 victory over Uruguay in Oita, but the Wallabies’ tackling was again in the spotlight.

Reece Hodge is currently serving a three-match ban for a dangerous tackle in his side’s World Cup opener against Fiji, while coach Michael Cheika claimed “I don’t know the rules anymore” after Samu Kerevi was penalised following a collision with Rhys Patchell in Tokyo last week.

But Cheika’s side played half of the opening 40 minutes with 14 men against Uruguay, after Adam Coleman and Lukhan Salakaia-Loto were shown yellow cards for high tackles, while Kurtley Beale was perhaps fortunate to avoid a third.

Australia chalked up a dominant victory nonetheless, Jordan Petaia becoming the youngest Wallaby to score at a World Cup and Tevita Kuridrani and Dane Haylett-Petty touching down twice apiece as they ran in seven tries to go top of Pool D by two points, having played one game more than second-placed Wales.

Australia took only six minutes to score their first, finding space wide on the right to tee up Haylett-Petty for a simple touchdown in the corner, Christian Lealiifano adding the extras.

Uruguay, playing their third match in only 11 days, responded with a Felipe Berchesi penalty in front of the posts and they had a man advantage soon after, when Coleman was sent to the sin bin for his tackle on Rodrigo Silva.

Michael Hooper was held up on the line after being hauled down by Tomas Inciarte, but 19-year-old Petaia burst through Uruguay’s defensive line to stretch the Australian advantage just as they returned to their full complement.

The Wallabies were quickly back down to 14 men after Salakaia-Loto was himself penalised for another high tackle, but Petaia showed some neat footwork to step off his wing and release Kuridrani for Australia’s third try, although a seemingly straightforward kick brought Lealiifano’s first miss of the match. 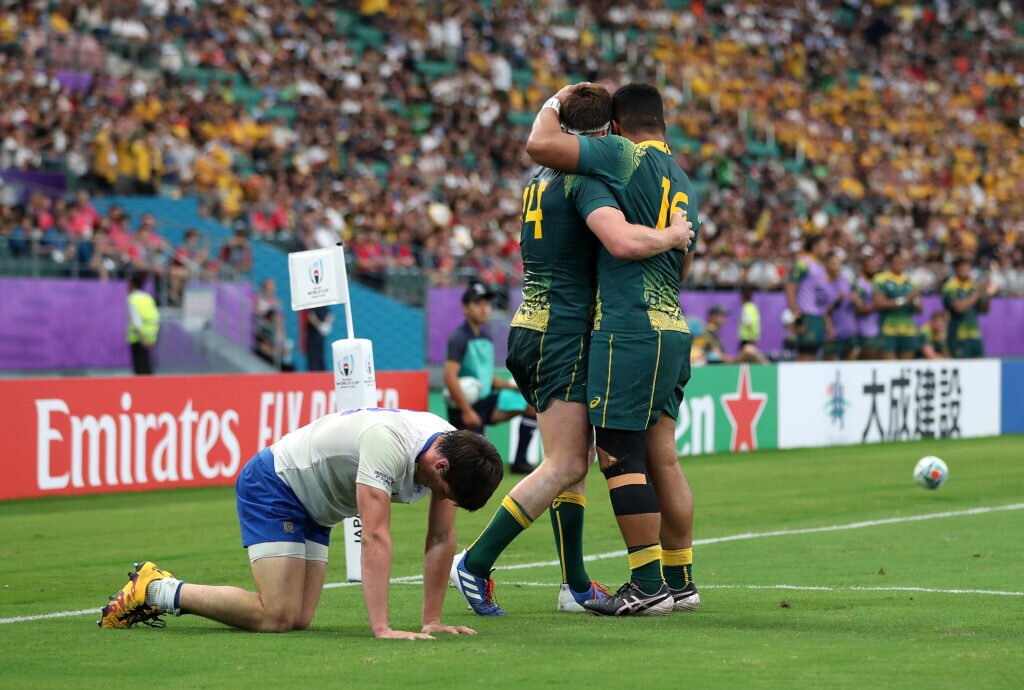 Inciarte was then denied a try by the TMO just short of half-time after Manuel Diana was found to be offside.

Petaia did not return for the second half, but Kuridrani wrapped up the bonus point six minutes into the second half, when he exploited a gap in the Uruguay defence to race for the line and Lealiifano rediscovered his kicking form. 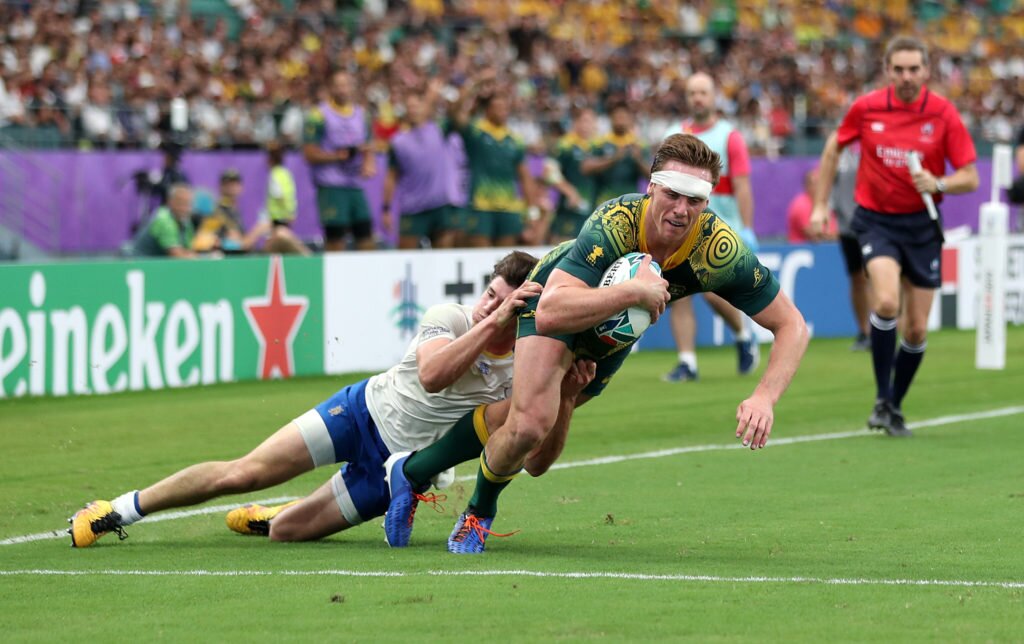 Jack Dempsey bounced through two tackles to tee up replacement Will Genia for Australia’s fifth, before James Slipper scored his first Wallabies try in his 94th Test.

Haylett-Petty completed the scoring for Australia with his second of the match, but some late pressure from the South Americans saw Diana claim a consolation try, Berchesi taking Uruguay to double figures from the tee.

Italian cited for 'crass stupidity' Next