Ireland squad: Winners and losers Next
Back

A couple of weeks ago, Bristol Bears player Stefania Evans launched the #ICare movement: A call for women’s rugby players and fans to show their support for the game. The hashtag was used thousands of times and started conversations about outdated attitudes towards women’s sport, and women’s rugby in particular. As I discussed in last week’s column, the movement began in retaliation after a string of negative ‘nobody cares’ comments about women’s rugby left under a Sky Sports Instagram post.

This isn’t the first time in recent history that women’s rugby players and fans have used social media to express their anger about how the sport is treated. In August 2020, Wasps Ladies player Florence Williams started the #IAmEnough campaign, a hashtag to promote women’s rugby, after Canterbury used non-rugby playing women’s models to launch Ireland Rugby’s new kit.

These hashtags garner a huge reaction on social media, with players and governing bodies getting involved in the campaign to show their support for women’s rugby. There has been some criticism of these hashtags, with critics saying they create small moments of support that don’t enact meaningful change. My view is that these campaigns are powerful if they have a clear goal and a clear call to action. As always, actions speak louder than words. If these campaigns, and the thousands of supporters using their voices, encourages an organisation to realise the potential in women’s rugby, then the momentum has not been lost and the effort is not wasted.

That’s exactly what has happened this week, as Saracens and England player Poppy Cleall moved the conversation forward by discussing the gender diversity in the social media posts of five big rugby brands: Umbro, ProDirect Rugby, Nike, Adidas Rugby and Under Armour.

In September, Cleall looked at the previous sixty Instagram posts of each manufacturer and counted the number of women in each post. Nike and Under Armour came out top, as 40 per cent of Nike’s posts had a female athlete, and 39 per cent of Under Armour’s featured a woman. Umbro came in at 25 per cent, Adidas Rugby at 20 per cent. ProDirect Rugby scored an embarrassing zero per cent. Not one of their previous 60 posts showed a female athlete.

This angered the England star. “At the beginning of the season, I was looking for some boots. I was on ProDirect’s Instagram page, and as I was scrolling around, I realised that there were just no pictures of any woman playing rugby. Or even women’s rugby players, there was just no females there.”

When Cleall emailed ProDirect with her concerns back in September, the response read: “Our primary focus has been on our most followed channels of ProDirect Soccer and ProDirect Running, where I hope you will see a more representative demographic split, but can only agree with you and apologise that the rugby channel has fallen behind the president we are looking to set.”

The reply also said ProDirect’s social strategy “needs to include ‘likes’ for imagery which helps us gain visibility.” Cleall believes that ProDirect are suggesting that they do not use women’s rugby content as it would not receive the same number of likes as a post about men’s rugby. This is a terrible excuse. For one, there are an estimated 2.7 million women’s rugby players worldwide. To suggest there isn’t a market for it is not just wrong, but wilfully ignorant. 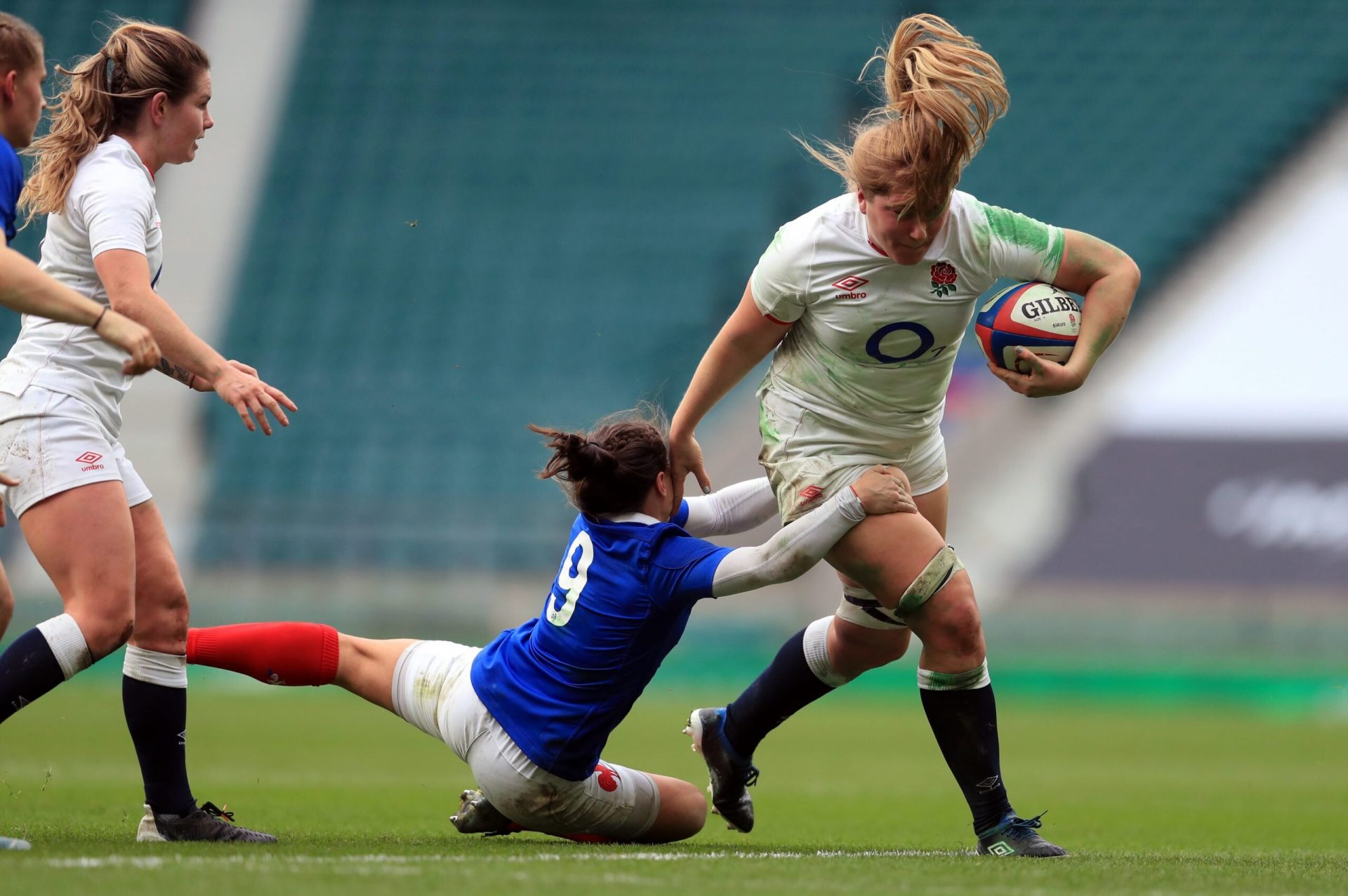 Poppy Cleall on the charge /PA

ProDirect also told Cleall that they cannot get access to photos of the women’s players, which Cleall does not believe. “We just had the Umbro kit launch and Umbro used England women’s rugby players in their kit launch and created some really good content, and some really good photos,” Cleall says. “Pro Direct are only using the men’s photos, nothing that included the women, even though they were widely available, and the photoshoot was at the exact same time. They just clearly didn’t think the woman will get enough likes for their algorithm.”

Last week, Cleall spoke on her Instagram stories about how ProDirect had failed to enact meaningful change after she had raised her concerns to them. “Now fast forward to the 152 posts they have posted since that date. Guess what? Well one includes a female player (next to a famous men’s rugby player too). 0.06% of @prodirectrugby content. Some pictures are products etc but compared to male athletes it’s still an insult: 2.4% of athletes posted are female. It’s like we don’t exist.

“Since that email, not only has @prodirectrugby posted 152 times… but England Women have become number one in the world. They have won a Grand Slam. The Allianz Prem has completed 10 rounds. I’m pretty sure women’s rugby is alive and kicking (and makes up more than 0.6% of either the rugby family or those who want to purchase rugby apparel.)”

After highlighting the response from ProDirect which suggested women are excluded because of fewer likes, Cleall continued: “How about you stop hiding behind your lazy excuse and become one of the first businesses to promote women’s sport equally. And maybe in the future we will attract the likes you need. We have to start somewhere, pretty sure one time the men only got 4 likes.” 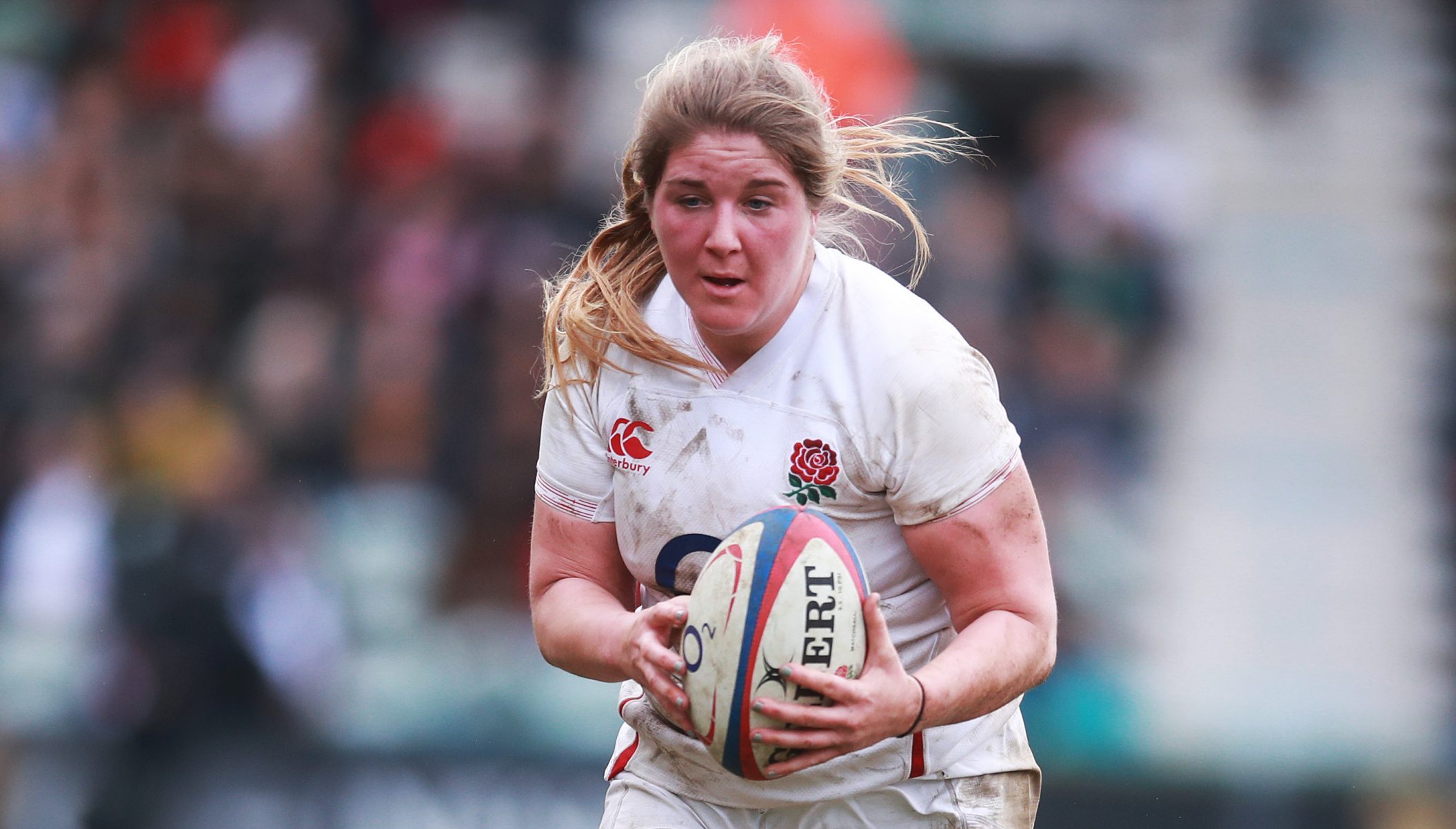 There are good examples of sponsors supporting women’s rugby, as Cleall was quick to point out. Following the #ICare movement, England Rugby sponsor O2 Tweeted to confirm that they equally fund England Men and Women. “What I love about O2 is that they’ve actually been doing it for years. When they came in, it wasn’t somebody else saying ‘should you pay the woman and the men equally?’, they came in and said, ‘We are doing this, we are going to pay the woman and the men equally’” Cleall says. “It gives you confidence as an athlete, that people support me, people are behind me, and people want to watch us play rugby and do our best.”

Cleall’s call to action was for her followers to email ProDirect Rugby and ask them to “do better” for women’s rugby players. “When I put the Instagram story out, it was just to show that we won’t settle anymore, we won’t get ignored. We won’t be made to feel like we don’t exist. There’s 2.7 million of us, and I feel like we should be saying, ‘hang on a minute, this isn’t good enough, and you need to do better.’

“All you need to do is do better, and we will appreciate if you do better and invest in women’s rugby. That’s what I hope will happen from now. And I also hope that people realise that they can really make a difference.”

This campaign will not just affect ProDirect Rugby, it will affect other manufacturers who have been under increasing pressure to do better since the #IAmEnough campaign last August. Hopefully, these movements make sponsors and sports companies aware of the need to do better for all women’s sports.

I am a supporter of hashtag campaigns; I think they are hugely positive and sow the seeds for change. Cleall’s work is testament to this, as the #IAmEnough campaign inspired her to start her research, and the recent #ICare campaign made her revisit it. “When you see the campaigns trending on Twitter, and the number of people that support them, it does make you have a look” Cleall says. “I don’t know if my work happened directly off the #IAmEnough campaign, but it gave me the confidence to say this isn’t good enough. Whereas before I didn’t think I had an influence or voice, these sorts of campaigns make you feel like you do, and then you can make a difference.”

The work of Poppy Cleall, Stef Evans and Florence Williams, among others, is incredible. They put their heads above the parapet and stand up for women’s rugby, even if it potentially risks their own sponsorship opportunities or popularity. I stand with them and will listen to what they say. As fans and supporters of women’s rugby, it’s important that we act on our values. If we care about women’s rugby, we need to support it. While we can’t go to games, that means encouraging companies to invest in the game, calling out ignorant behaviours, and engaging with the women’s game at all levels.