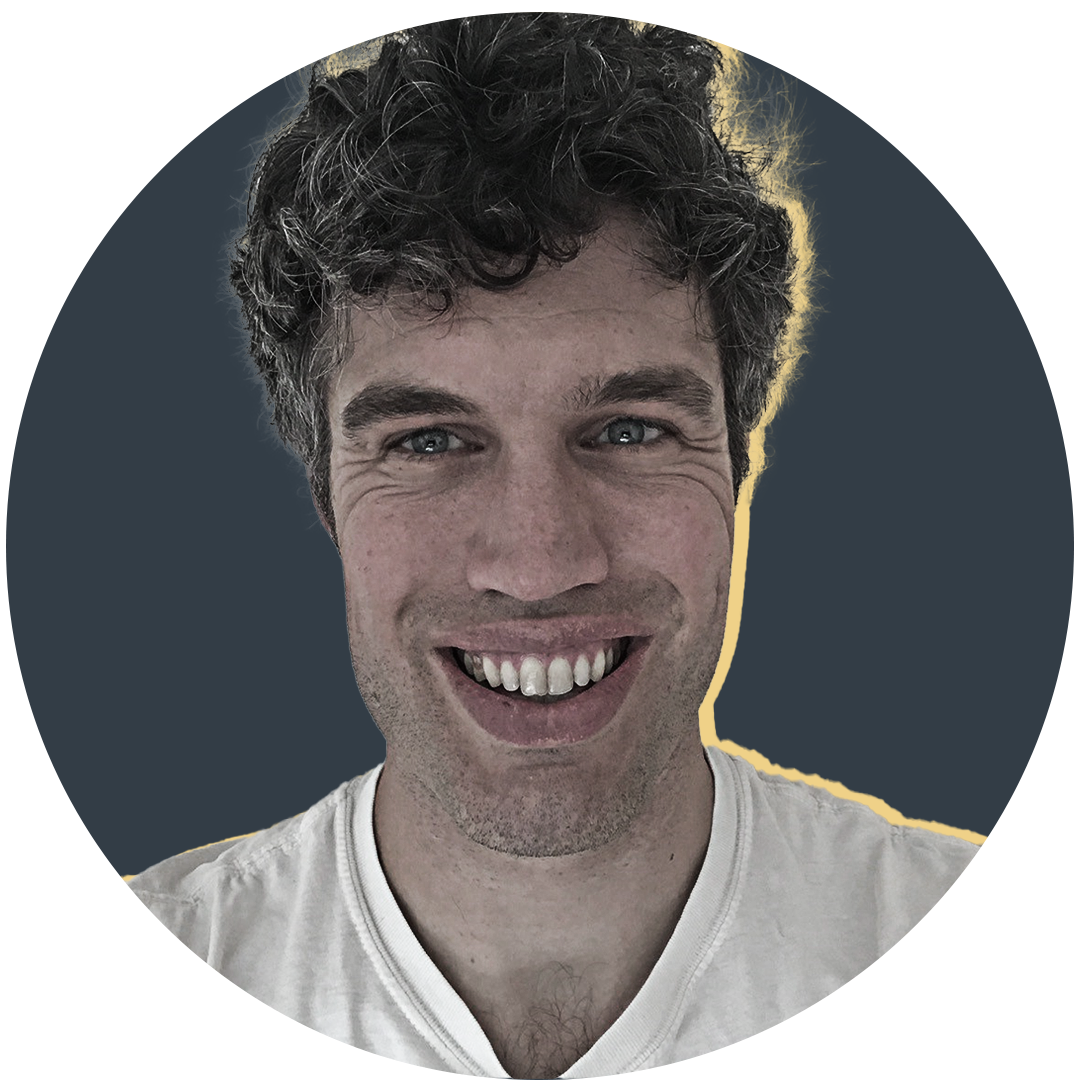 By Mike Henson
Uini Atonio's size was a problem
By
Mike Henson
9 months ago
TOP 14FranceLa Rochelle
4:27am, 13 April 2022 Go to comments

“It was so much paint! The girls backstage, who had to paint him blue, had such a hilarious time,” Michelle Johansson remembers.

“We also had to make him appear out of nowhere, in a puff of smoke or out of a magic cupboard. Doing those special effects with a guy who is six foot four and 140kg isn’t easy. In the end, we managed it. It was a lot of screens and dry ice.

“And it was probably Uini’s signature role.”

Johansson is remembering Atonio as a thespian on the stage, rather than at the Stade de France. Now a cornerstone in France’s formidable pack, the teenage Atonio was an actor. And a good one.

He had range. For one run, he was painted blue to be Aladdin’s genie. For another, he picked through the corpses and couplets in Macbeth.

His command of Shakespeare was so good he was chosen from thousands of schoolchildren to audition for New Zealand Young Shakespeare company.

It came easy to an easy-going guy. But then most things did for Atonio, despite his tough background.

His father was a welder. His mother worked as a cleaner. Money was tight, the margins were thin. But, his Samoan parents impressed upon him the importance of religion, education and opportunities, however they came.

And, at the end of his school days, that included the Black Friars. Johansson’s theatre company is a collective of young Pasifika people from Auckland, which aims to use theatre to broaden minds and horizons.

“The way I like to express it is we build bridges and make mirrors,” she said. ”Mirrors, so our young Polynesian kids here can see themselves in the world and bridges so their worlds get a little bit bigger. And Uini was involved at the very start.”

Uini was involved in most things.

So, while he captained Wesley College’s first XV and played for Counties Manukau age-grade sides, there was more. More he wanted to do and be. Feathers he wanted to ruffle off the pitch as well as on.

He was too big for his rugby scene. Counties Manukau wanted speed, not heft. Atonio spent more time pedalling on the stationary bike, attempting to boil down his 26 stone frame, than on the pitch.

“He performed Shakespeare with the best kids in the country, the only brown fulla in the group.

“He was also school prefect, his book work was on point. He was so clever, smart and savvy, he made it all look effortless. But he also had the biggest heart, he was kind, calm and collected.

“It was a big thing to have him around. If the captain of the first XV can get up on stage and do a dance, or sing a little solo, it gives everyone else permission to do the same. When there is someone who traverses those worlds, it breaks down the divisions and makes it so much more accessible.”

But Uini was about to traverse hemispheres, as well as school social groups.

His size was a problem.

He was too big for his rugby scene. Counties Manukau wanted speed, not heft. Atonio spent more time pedalling on the stationary bike, attempting to boil down his 26 stone frame, than on the pitch. His wages as a fringe player didn’t go far. He worked doing landscaping and gardening alongside rugby. He felt his chance might be slipping away.

And then an offer arrived from France. It came from former Gloucester prop Patrice Collazo.

The pair had first met over a breakdown. Collazo, then 35, was part of a French Barbarians side trying, and failing, to match Atonio and a team of other New Zealand based prospects at the Hong Kong 10s tournament.

Atonio cleared out a ruck. Collazo took exception. Words were exchanged. But the encounter stuck in Collazo’s memory. He needed front-row ballast for the Racing youth squad he had just taken charge of.

There were two issues to overcome. Firstly, he didn’t know Atonio’s name. Secondly, by the time he had finally tracked Atonio down and made contact, Collazo was no longer at Racing. He had been brought in as head coach of La Rochelle in the second tier.

Uini has a unique profile. I had my work cut out. I had to try and dominate the space. With his weight advantage, if he got the upper hand it was very difficult. I have played against guys similar to Uini, but there is no-one quite like him

It might have been a hard sell to a less assured, ambitious young man.

Atonio though googled La Rochelle, looked at the boats and the famous old port, weighed up the wages on offer, and saw another stage and another opportunity.

He packed his bags and headed north.

Atonio’s size was a problem.

Gurthro Steenkamp, Toulouse’s tighthead, didn’t know what to make of the man packing down opposite him.

“I had played against tall guys in the past like Carl Hayman, he was always a tough customer, a legend in the game,” he said.

“Then there were heavy guys like Ben Tameifuna, where you had to make sure you got him in an uncomfortable position.

“But Uini has a unique profile. I had my work cut out. I had to try and dominate the space. With his weight advantage, if he got the upper hand it was very difficult.

“I have played against guys similar to Uini, but there is no-one quite like him!”

Atonio is a little lighter now since the pair’s match-ups in the middle of the last decade. But, only a little. He weighs in at a shade under 23 stone.

And Steenkamp is now in charge of maximising Atonio’s threat, rather than nullifying it. The former Springbok is now La Rochelle’s scrum coach.

“Uini’s scrum shape and technique has improved over the past few years,” Steenkamp added.

“For a tall guy that mobility or flexibililty is key and he has made massive strides to find the right height.

“A lot of guys come with different tricks against him, trying to make him uncomfortable, but he has such experience.

“He is 32 and has played in France for more than a decade where there is a massive focus on the scrum compared to the southern hemisphere.

“The stuff he does in the scrum is just amazing.”

Steenkamp is part of the set-up ushered in by La Rochelle’s head coach Ronan O’Gara.

It was after La Rochelle had faded to a 39-23 defeat against Steenkamp’s old side Toulouse in September 2020 that O’Gara used a frank dressing-room debrief to demand Atonio and others got fitter to keep pace with his gameplan.

The result of that pincer movement is Atonio playing the best rugby of his career.

“He amazes us with his ability to get around the park,” said Steenkamp.

“He gets that go forward – and it is not just that slow go-forward, but go-forward with acceleration.

“It is another dimension, it is the same with [super-sized La Rochelle team-mate] Will Skelton. They are atypical players, they should not be doing what they are doing. It is quite amazing.”

Atonio’s heavy-duty carrying and accurate offloading, combined with  scrum-splintering power as an ever-present in France’s Grand Slam winning side, might have raised a few eyebrows back in New Zealand.

It is easy to say it was a missed opportunity, but it was very intelligent for him to come over to a place where the rugby suits him and where they value the effort in the scrum

The All Blacks’ options on his tighthead side of the front row are not plentiful, but Steenkamp says the circuitous route to the top might have been the only one possible for Atonio given the trends in the global game.

“Everything happens for a reason,” he said.

“When I was playing for the Bulls in Super Rugby, it was so high paced and fast. When I came to France in 2011, it was like the game slowed down completely.

“It is different now in the Top 14, there is way more intensity than three or four years ago.

“In New Zealand they were always looking for leaner, more athlete type props and I don’t think back then, even though he would have merited it, Uini would fit the type of profiling.

“It is easy to say it was a missed opportunity, but it was very intelligent for him to come over to a place where the rugby suits him and where they value the effort in the scrum.”

Uini Atonio’s size is still a problem. But only for his opponents.