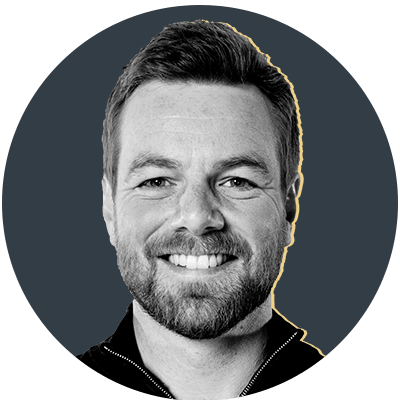 When a 17-year-old Ashton Hewitt turned up for his first day of senior rugby, one of his new teammates addressed him jovially as “Django”.

It was 2012, and Django Unchained had recently been released – a film set in the Antebellum South featuring a black slave character called Django. As the only black or mixed race member of the team, Hewitt didn’t have to be a genius to get the reference.

“I laughed it off at the time” he tells The XV, “I didn’t feel comfortable confronting it”. Hewitt knows it was an unconscious slur; that the player in question wouldn’t have dreamed that associating his new teammate with a fictional black slave character was offensive.

Nearly a decade on, Hewitt would deal with it in an entirely different manner:  “If it was to happen now, I’d be like, ‘mate are you taking the fucking piss or what? Why would you think it’s okay to call a black person a slave character?’ That’s all it would take for him to think, ‘Oh, I didn’t think about that.’

It’s something Ashton Hewitt has been thinking deeply about over the past six months, as he’s watched America convulse in the wake of George Floyd’s death. The Black Lives Matter protests that followed have awoken the activist within, and an angry Hewitt is determined to confront not just the systemic racism he’s encountered his whole life, but the more casual, insidious racism that enables it.

No longer content to brush it off, the Dragons winger has been using his profile to call out “bullshit” wherever he sees it.

The amount of abuse was a genuine shock to me. I’ll be honest, it got me down. My sister’s just turned 18, and it would have her in tears. It would have my mum in tears.

“Before all of this happened, before I started getting vocal on twitter, I’d never been big on there. I never expressed my opinions. If I tweeted, it’d be about nonsense that nobody cared about. I didn’t have a following and didn’t try to engage with anyone.” Hewitt smiles ruefully as he considers how things have changed.

The Welsh sprinter Sam Gordon was interviewed by the BBC about the racism he’d suffered throughout his career, and depressingly, it was met with a minority of negative responses, including an assertion that “he didn’t look Welsh”.

Hewitt leapt to Gordon’s defence, and found his timeline suddenly flooded.  “The amount of people trying to engage with me was overwhelming, and the amount of abuse was a genuine shock to me. I’ll be honest, it got me down. Not only me, but my Mum and my sister were seeing those things as well, seeing all the racial abuse I was getting. My sister’s just turned 18, and it would have her in tears, it would have my mum in tears. It’s something I hadn’t considered when I started speaking out. I just thought I could take it on the chin, but when it’s so constant it’s hard.”

Hewitt’s intentions were positive, his tone conciliatory. He says he entered the debate with an open mind, trying to educate those whose opinions were crude and uninformed. Many of those conversations ended well, minds were changed, and perspectives shifted. Those are the interactions that restore his faith; others exposed him to the much darker, sinister realms of social media.

One person sent me a video of a black man being tied up and burnt alive. Thankfully, there have been a lot of people who’ve supported me. Whenever the trolls appear, they report them on my behalf.

“I didn’t anticipate how much hatred I’d get on there. Some of the stuff was just disgusting. One person sent me a video of a black man being tied up and burnt alive. Thankfully, there have been a lot of people who’ve supported me, and whenever the trolls appear, they report them on my behalf, but this guy’s response was ‘you carry on I’ve got a dozen of these accounts, people like you always block them, and I just come back with a different account.’ There are some people who are just out there to be arseholes. They don’t care about reason.”

It’s times like these that Hewitt has to suppress his old, angry self. As despicable as these messages are, he knows that violence is not the answer. It’s something he’s learned through experience, growing up in Newport. “There have been instances throughout my whole life where I’ve faced racism with aggression. There were times when I’d be sick to the back teeth of being called this or that, and I’d confront it with violence every time when I was younger. If someone had the nerve to say this or that to my face, it would be straight to fighting.”

This was a cathartic response for a young man, confused as to why he was being singled out for the colour of his skin. Hewitt was raised in a multicultural city, but played much of his rugby against teams from the industrial valley towns north of Newport. These communities were predominately white, and – while close geographically – could feel a world away from his urban existence on Corporation Road.  Racial insults were like a match to a fuse, and his instinct was to raise his fists and start swinging.

The 25-year old version of Ashton Hewitt is a softly-spoken, articulate young man who exudes a quiet confidence. He  can clearly handle himself, but he’s come to realise that his default reaction as a youth was only helping to perpetuate a stereotype. “If you look at the traditional stereotype of a black man, it’s one of aggression, being angry, wanting to fight, knife crime, blah blah blah. So as soon as you flip like that, you’re feeding into that narrative of an uneducated black man with a short temper, who just kicks off and fights people.”

Words are his weapons now, and he’s a lot more selective about how he deploys them.

“I don’t reply to stuff straight away. There have been times when I’ve been trying to convince someone so desperately on Twitter, and my Mum’s come across it, because she can’t help but search what I’m getting involved in. She’ll say ‘look you need to leave that one alone. He’s just winding you up.’

Anger still bubbles to the surface, and sometimes he has to be persuaded to keep his counsel, to pick and choose who he engages with. “It took me a while to learn that. There have been a fair few tweets that I’ve written and lingered over before thinking ‘I best not send that.’”

As he recalls those days when he was subjected to racial abuse from the touchlines, Hewitt marvels at the fact he’s arrived where he has – as a professional rugby player who’ll undoubtedly represent Wales sooner rather than later. “That was me as a kid, where it’s not yet reality that I can make a career out of it. I’m just doing it for a laugh with my mates for fun and pure enjoyment, but I’m putting up with all this shit that the majority of people don’t have to put up with, and for reasons that I don’t really understand. There are a lot of people out there who would have said ‘fuck this, this is my Sunday, this ain’t fun’. It’s a good job that I dealt with that shit and came out the other side, because I wouldn’t be where I am now.”

Bob Marley once encouraged the young British-Jamaican photographer, Dennis Morris, to ignore the doubters and to believe in his talent, explaining “You’re an exotic, tropical plant that’s been uprooted and planted in the concrete soil, so you have to be very strong just to push through.” It’s a sentiment Hewitt can relate to as the son of a white Welsh mother and a British-Jamaican father. Those early years of pushing through the concrete soil have allowed him to flourish as an adult, and to remain strong in the face of adversity.

Dean’s allowing me to be myself. He recognises my strengths, he’s encouraging me to learn and to improve. I just feel confident about playing. I’ve not felt like this for a while.

He’s now being sought out as an advocate, delivering talks to corporate companies on racial sensitivity in the workplace, and wrote the welcome address for this season’s Pro14 campaign that featured in every match programme during the opening fortnight.

While other young players are pilloried for wasting their down time playing Playstation or drinking endless flat whites, Hewitt has quietly completed a criminology degree, and is coming to the end of a Masters in HR and Business Management. And in terms of his rugby, he says that he’s feeling as good as he’s ever done, thanks in part to the environment Dean Ryan has created at the Dragons.

“I should be in the prime of my career now, which I am really working towards. My first call up to Wales, I was in good form and I was young. After I got over a couple of injuries, I came back and I wasn’t really hitting the form I knew I was capable of. I had a bit of a dry spell, but now I feel that since the restart, I feel it again. Dean’s allowing me to be myself. He recognises my strengths, he’s encouraging me to learn and to improve. I just feel confident about playing. I’ve not felt like this for a while.”

And in terms of the activism, he intends to continue to fight the good fight, regardless of the abuse that comes his way. “I’ve said too much to not say anymore. There were times when I thought fuck this, but it’s too important, and the momentum is too strong. I feel that nobody who really cares can let it drop off.”