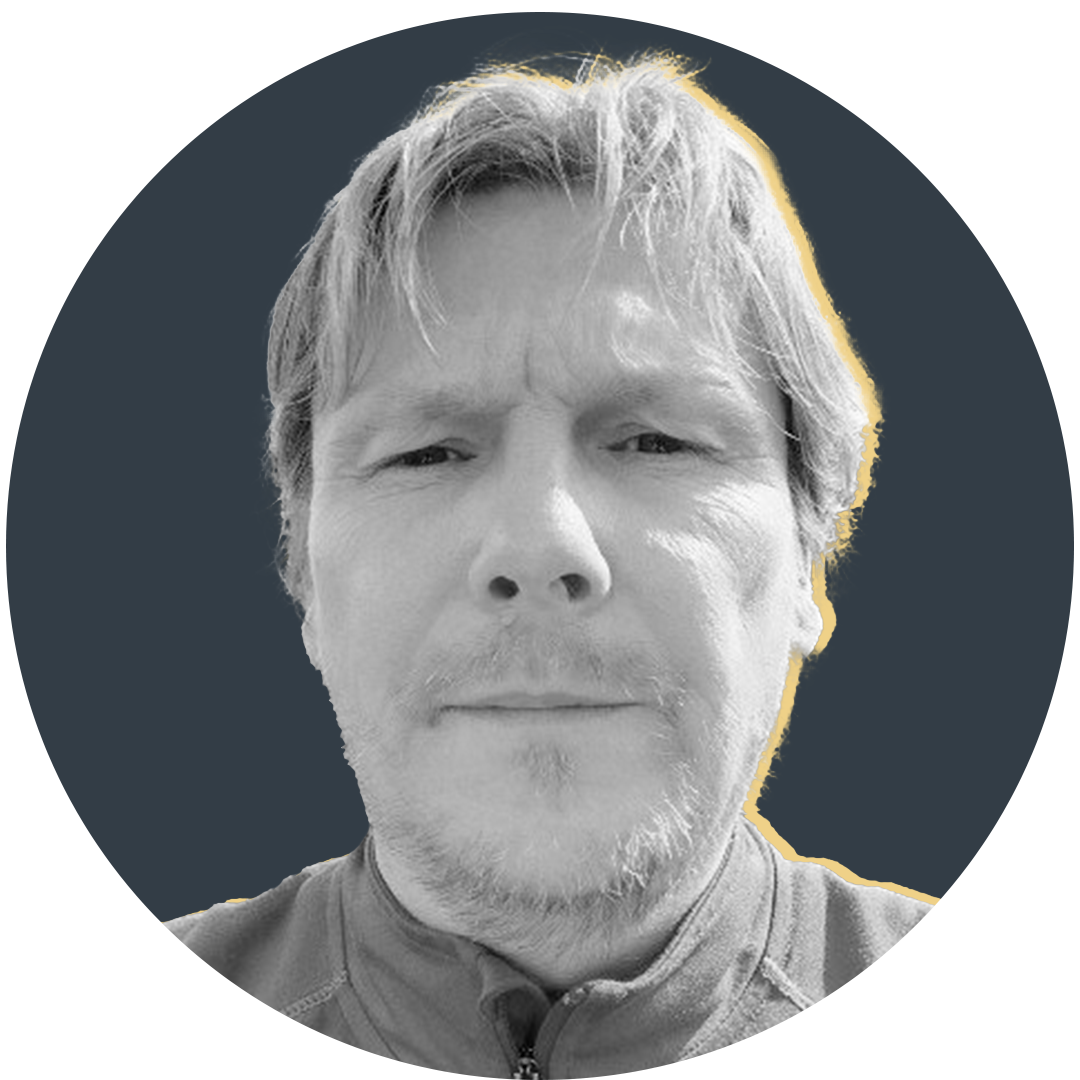 By Liam Heagney
Trouble brewing
By
Liam Heagney
2 years ago
EnglandIreland
3:25am, 24 October 2020 Go to comments

It has been an incredibly long stretch between post-match drinks for Andy Farrell and Ireland. By the time they run out to take on Italy in today’s delayed Guinness Six Nations fixture in Dublin, an incredible 245 days will have passed since their trouncing at Twickenham, a setback where the sponsor’s tipple would have been badly needed to numb the searing pain of that terrible non-performance.

If the maxim that you’re only ever as good as your last outing is to be believed, the nature of the 24-12 defeat should surely have stuck in the craw of the 45-year-old from Wigan these past 35 weeks.

Ireland were comprehensively outplayed in the first-half forwards battle, comedic in defending and a beaten docket at 17-0 down by the interval in what was a Triple Crown title game for them.

An 80th-minute converted try meant the eventual margin of defeat was ‘only’ a dozen points, but there could be no disguising the brutality of that spanking, Ireland bloodied and bruised for the third time in succession by a bullying England.

Farrell had his fingerprints incriminatingly on all three dustings, the initial two as Joe Schmidt’s defence coach and then last February when he was in charge of the whole shooting match himself.

The stink of that latest surrender hasn’t yet dispersed, despite the eight-month lay-off, and the big question that must be answered in the next six matches is whether Farrell is definitely the real deal as a head coach.

The stink of that latest surrender hasn’t yet dispersed, despite the eight-month lay-off, and the big question that must be answered in the next six matches between this Saturday and the first weekend of December is whether Farrell is definitely the real deal as a head coach after being touted as Schmidt’s heir apparent for quite some time.

His 66.6 win percentage so far has him stitched into the second spot behind Schmidt’s 72 per cent on the stats list of the seven head coaches Ireland have had since the sport went pro 25 years ago (Eddie O’Sullivan is on 63.1, Declan Kidney 53.7, Warren Gatland 48.7, Murray Kidd 33.3 and Brian Ashton 25).

However, given that he has managed to squeeze in just the three games, the feeling that Farrell’s promotion from assistant to head man was an audacious gamble by the IRFU hasn’t at all yet diluted ahead of the rearranged Six Nations assignments versus the Azzurri and France that will be followed by Autumn Nations Cup action, which includes jousts with Wales, England and Georgia.

Farrell’s coronation was strange to begin with, the defence coach getting told in November 2018 that he would be taking the reins 12 months later regardless of how the Schmidt reign finished up – and we all know how spectacularly that went down in flames.

Farrell was a dab hand as an assistant in generally avoiding the flak when things didn’t go well. While praise was regularly heaped on him after big wins such as that against New Zealand in 2018 or when he returned to the fold from the 2017 Lions, he would be slippery as an eel regarding the mention of the other side of a ledger.

Now that he is front-of-house, there is no hiding place and it will be intriguing how Farrell manages in the coming weeks with the matches coming thick and fast.

That’s a book which showed Ireland regularly leaked more tries with him as defence coach (81 tries in 41 games, a concession on average every 38-and-a-half minutes) than when Les Kiss worked as Schmidt’s lieutenant (39 tries in 27 games, one every 55 minutes).

Now that he is front-of-house, there is no hiding place and it will be intriguing how Farrell manages in the coming weeks with the matches coming thick and fast.

Of the 57 different coaches who have held the reins since 2000 at the half-dozen Six Nations and four Rugby Championship countries, not even a handful have ever been given the job without first earning their stripes somewhere as an eye-catching club coach. Farrell’s apprenticeship, in contrast, was served in background roles at Saracens, England, Lions and Ireland, so his installation as Test head coach certainly went against the grain of the usual pattern of these international-arena appointments.

The Irish were adamant 23 months ago they had got the right man, trumpeting: “We are in an enviable position to be able to appoint from within to go forward.” However, there has been little evidence yet backing up that assertion.

Rather than immediately shake up selection when he took charge in the wake of the 46-14 World Cup quarter-final hammering by New Zealand and putting his stamp on things, Farrell largely carried on last February similar to what had gone before under Schmidt.

Now, following the destabilising hammering by England, he needs to be seen to change tack.

His XV against Italy does admittedly contain 11 of the same side who began against Scotland in his maiden outing, but the back-row upheaval, the enforced shifting of Jacob Stockdale to full-back and the inclusion of two new caps hints that he is now perhaps more willing to release the handbrake to make this team his own rather than one he inherited from the best-forgotten 2019 under Schmidt where stodgy play was a frequent hindrance.

I’m talking about everyone to play with a vision, to play with an appetite to see things, to make good decisions and be able to execute on those decisions.

He hinted as much the other week when briefly reflecting on his pandemic-interrupted tenure. “There has been a long time for thinking,” said Farrell. “There is a bit of an evolution that needs to happen within our game. One of our strengths is sticking to the plan. Also, one of our work-ons would be being adaptable in and around that plan, for our boys to see the whole picture.

Word from inside the camp is that Farrell is a popular figure but that doesn’t transcend outside of the bubble. Whereas Schmidt used to tour the country, attending lunches, making speeches and pressing the flesh with fans, Farrell stays in the shadows, a preference that he can now get away with without scrutiny given all the isolation protocols that exist in daily Irish life.

His media sessions as a head man, though, are reflective of his modus operandi under Schmidt’s thumb – guarded, with insight kept to a minimum. It’s why nearly five years after he first pitched up in Ireland, working on secondment at Munster from January 2016 while he served out his post-England job gardening leave, that no one outside the inner sanctum is any wiser as to who Farrell is and what makes him tick.

There is the odd glimpse of the jovial character he is alleged to be. For instance, he suggested the garbled delivery of a question to him recently over a grainy Microsoft Teams connection was like listening to Darth Vader, but he could do with letting the Irish public see more of who he is so that they can better warm to him while he is still in the honeymoon stage of his reign.

He may be steeled by the contract inked for the 2023 World Cup in France, but these pieces of paper can quickly melt like snow on a rope long before an agreed deal is due to elapse.

Just ask O’Sullivan, emboldened by an August 2007 pre-World Cup contract extension and compelled to resign seven months later. Or Kidney, the king-maker who delivered that long-elusive Grand Slam but who was all too easily cast aside some years later when it suited the top brass. In other words, there is not much room for slacking.

Before the pandemic had broken out, the IRFU had written in their strategic plan how they wanted a World Cup semi-final or better, two more Six Nations titles and consistent ranking as a top-three team in the world between now and 2023.

That was a tall order when rugby was ‘normal’. Now, with stadiums shut to the public and the IRFU’s bottom line seriously imperilled due to its stunted cash flow, patience with Farrell could run out quickly if results similar to Twickenham in his third game become a regular occurrence while he adapts to the cut and thrust of life as a Test head coach.

With the Aviva Stadium having a smaller 51,700 capacity by comparison to its rival Six Nations grounds, prize money was always a huge motivator for the IRFU to help make up for the ticket-sale shortfall.

It would be a massive endorsement of Farrell’s ambitious, unproven appointment if he can deliver the two bonus-point wins that would clinch Ireland a Six Nations title triumph.

But the need to win is even more pressing now in a cash-stricken climate where if the financial outlook continues to worsen, officials could eventually be forced to concede what they have never wanted to happen since Johnny Sexton spent a couple of years at Racing – that having some star players temporarily play at clubs abroad is more palatable than footing the bill for the costly central contracts keeping them based at home in Ireland.

Winning trophies can help scratch some of the financial itches and it would be a massive endorsement of Farrell’s ambitious, unproven appointment if he can deliver the two bonus-point wins on successive Saturdays that would clinch Ireland a Six Nations title triumph that looked far-fetched on that damaging February day in England.

“I hope that you see energy in defence that is pretty ruthless,” he said in the run-up to this weekend’s Six Nations resumption. “I hope you see a dynamism in our contact skills that gets the ball back. I hope you see a set-piece that is aggressive and going after them. On the back of that, we hope to get some opportunities to play and be clinical. That’s what we’re hoping for.”

Hope is one thing, though, fulfilling it quite another. We do need to soon know whether Farrell is the real deal or not as Ireland head coach. Eight months between drinks has been far too long a wait.