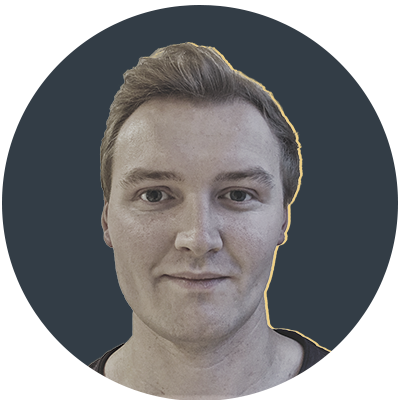 After the World Cup, 2020 was a year that promised so much for Japanese rugby. 2019 saw the Brave Blossoms’ fairytale performances as hosts and thousands of new Japanese rugby fans and interest in the sport at an all-time high domestically.

However, after withdrawing from a potential appearance in an expanded Eight Nations tournament this autumn, Japan now face the prospect of going an entire calendar year without playing a single test match for the first time in the professional rugby era.

To say that the World Cup momentum in Japan has stagnated would be an understatement. The lack of domestic rugby, made worse through the curtailed Top League season due to player drug use, has posed a serious threat to the legacy of last year’s showpiece tournament in the country.

If the 2021 Top League is to take place in the same way as the Japanese baseball and football leagues have recently with a restricted number of fans, this could prove to be even more detrimental to the popularity of Japanese rugby ahead of the revamped competition planned for 2022.

Looking ahead to the new league in 15 months’ time does offer some promise though. Team allegiance will undoubtedly be stronger in the new competition starting in 2022, with each team having a defined hometown and stadium, rather than travelling to different areas of the country each week, which is the case for some Top League sides currently, and does little to boost fans’ allegiance to a certain team.

To say that the World Cup momentum in Japan has stagnated would be an understatement.

Unlike the J-League football competition that launched in 1993, the new rugby competition will see teams still retain their company name and ties, maintaining an added layer of team allegiance for each club.

The first rounds of the 2020 Top League drew record crowds, but it is thought that a large proportion of these tickets were company employees taking up offers within their firms to which the rugby teams belonged.

However, a hometown and stadium for teams will now go a long way to ensuring that there are more than just suits and ties in the stands under the new format, with organisers hoping that the local communities rally around the clubs in a similar vein to the birth of the J-League in the early 90s.

Creating a team identity including core values, colours – and of course, mascot because this is Japan – will go a long way to attracting fans on a weekly basis.

A visit to a J-League football match shows just how much potential there is with branding and the visual identity of a team – from arrival at the train station, to drain covers and vending machines, everything is adorned with the teams’ colours and crests.

JRFU vice-president Katsuyuki Kiyomiya has previously indicated that the new competition is hoping to generate more than 50 billion yen (US$450m) in the way of broadcast and sponsorship deals.

It is widely thought that Dentsu, who brokered local sponsorship rights to last year’s World Cup, will again be handed responsibility to broker sponsorship deals for the new competition, with the likes of NTT, Canon and Mitsubishi likely to have significant deals.

The Top League is bursting with international superstars such as Beauden Barrett, Michael Hooper, Makazole Mapimpi, Brodie Retallick, Greig Laidlaw and Hadleigh Parkes to name but a few, and Japanese fans will need no second invitation to watch some of these elite players up close and personal.

With international talent to rival any domestic rugby league, interest in the Japanese competition will be at an all-time high from overseas too.

It is therefore paramount that the new competition assembles broadcast packages that are lucrative for foreign broadcasters, with little Top League action currently shown on screens outside of Japan. Even domestically, the only way to currently guarantee access to all matches is via satellite television with J-Sports.

Broadcast rights for the new competition could even be coupled with university rugby, given the considerable popularity domestically, offering a broadcast package similar to that recently seen in the southern hemisphere.

Organisers of the competition must be aware of the increased interest from overseas, but a lot can be done to improve the accessibility of Japanese rugby for foreign fans.

With no Top League teams currently operating English language social media channels and few offering regular English news on their websites, there is a huge opportunity for teams to acquire fans if they cater content to them online.

Shota Fukui may not be a household name yet but the 20-year-old No 8 might have recently changed the Japanese rugby landscape for the greater good.

It’s not only the international stars who hold the cards for the future of Japanese rugby. Shota Fukui may not be a household name yet, even within his own team’s fanbase in fact, but the 20-year-old No 8 might have recently changed the Japanese rugby landscape for the greater good.

Fukui took the unconventional choice of ‘skipping the grade’, as referred to in Japan, and not to attend university, signing a professional contract with Panasonic Wild Knights straight out of high school in Fukuoka.

After impressing at youth level for the Junior Blossoms, his services were by no means in short demand and he was inundated with offers from prestigious rugby universities.

However, Fukui stated that he “wanted to do his best to appear on the world stage as quickly as possible”.

It’s rare that any Japanese player is as open with his ambition as Fukui, made even more remarkable with his age.

He’s been at Panasonic since 2018, where the back-row forward is training alongside the likes of David Pocock and, for a while, Sam Whitelock, which can only aid the future Brave Blossoms star’s development

His decision to bypass university rugby is admirable. It could even be argued that the future of Japanese rugby hinges on the youngster.

If Fukui is a success, many young Japanese rugby players will follow in his footsteps to make the leap into pro rugby straight from high school.

If not, Fukui’s failure to make the grade could easily be a deterrent for young players wishing to dive straight into top-level rugby and even more so for the clubs that will become reluctant to take a punt on a Japanese player who has not come through the traditional university pathway.

The pathway for youth rugby in Japan is rigid, however. And even if Fukui was to become a once-in-a-generation player for the Brave Blossoms, the societal pressure for players to progress through university may not be one that could be changed through the success of just one player.

Placing rugby on a pedestal compared with football has become somewhat of a pastime for rugby fans.

Placing rugby on a pedestal compared with football has become somewhat of a pastime for rugby fans, but there could be something Japanese rugby can learn from the birth of the J-League and its academies.

A typical university course in Japan lasts for four years but that time could be spent testing themselves against elite competition in a Top League academy, or even in the first team of clubs.

Those who play university rugby do not join a Top League club until the age of 23 in some cases and are already in financial arrears by that time compared with players from countries when it comes to exposure to elite-level rugby.

Just look at some of the world beaters Japan could have produced had they not spent those four years with a club instead of university.

While the Brave Blossoms’ progression on the pitch in the last decade should be applauded, there is still a lot of work to do off of it.

Little has been made of their pioneering position within East Asia and Asia Rugby as a whole, with the gulf in class between Japan and their neighbours only widening.

Only in Africa with the Springboks could you argue there is a similar gap in rugby ability between the number one nation and the chasing pack.

South Korea and China languish in 31st and 80th position in the World Rugby rankings respectively, with South Korea just one of five Asian teams in the Top 50, along with Philippines, Sri Lanka, Malaysia and Hong Kong.

South Korea and China languish in 31st and 80th position in the World Rugby rankings respectively, with South Korea just one of five Asian teams in the Top 50, along with Philippines, Sri Lanka, Malaysia and Hong Kong.

Asian nations have offered glimpses of promise on the Sevens circuit in recent years, but more needs to be done to advance their XVs game.

While the frustrations of Tier Two nations is of course not unique to Asia, Japan needs to take the lead within the region by means of coaching and community programmes.

Even sending developmental teams for friendlies against lesser-known Asian nations would show that it is serious about evolving rugby within its own sphere.

A record-breaking Rugby World Cup with more eyeballs on screens from Asian nations than ever before will serve as no legacy if Japan does not seize the initiative.

Sri Lanka, Malaysia and Taiwan have all shown glimpses of promise at regional tournaments. Japan’s Top League must provide pathways into top tier rugby for coaches and players from those nations if the game is to truly grow in Asia.

A record-breaking Rugby World Cup with more eyeballs on screens from Asian nations than ever before will serve as no legacy if Japan does not seize the initiative.

Back home, Japan’s exploits at their home Rugby World Cup will have won over thousands of new fans, many of whom children, who would have otherwise not been engaged with the sport.

Back home, Japan’s exploits at their home Rugby World Cup will have won over thousands of new fans, many of whom children, who would have otherwise not been engaged with the sport.

But is enough being done to ensure that these new fans and potentially players have access to rugby facilities?

With a staggering 92 per cent of the Japanese people living in urban areas, there is hardly an abundance of green pitches for young players to throw a ball about.

Those not belonging to a team will often have no choice but to resort to the dust bowls and ‘multipurpose’ gravelled surfaces for a rugby game, a far from ideal solution.

Even as recently as this season, Top League matches were played in stadiums with a limited try area, with green carpet placed down in some venues in lieu of fresh grass, causing carpet burns when sliding on it.

If Japan wants to be taken seriously in the rugby world, it has to get serious with its infrastructure – and that starts with the very basics like pitches.

There is a long way to go.