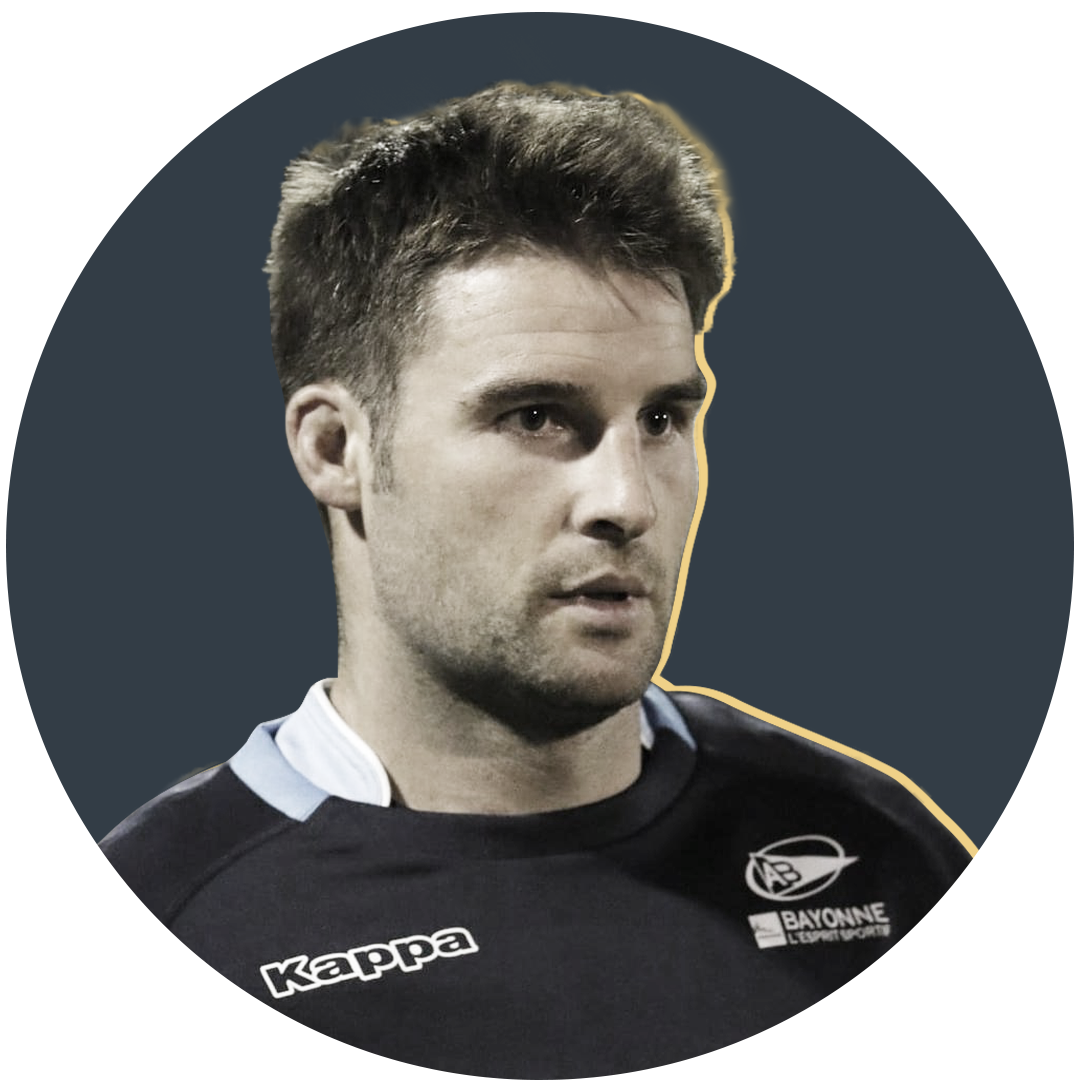 I can vividly remember sitting on the Scotland team bus when my big mate Euan Murray sidled up to me and slung one of his preposterously large arms around my shoulders.

“Yeah, you’re living a life of sin and you need to change.”

This wasn’t a conversation I’d had before, let alone with a 130KG, barrel-chested prop. I told Euan that since hell wasn’t a place I believed existed, it would be very hard for me to end up going there.

Euan is a famously devout born-again Christian who refused to play rugby on the Sabbath. He was dismayed that one of his close friends should be wallowing in sin by living out of wedlock with his long-term girlfriend.

For the next half-hour, as the bus meandered through Edinburgh en route to our team run, Euan and I had a lively debate. The next day, we won a Test match together playing for our country. It might sound odd, but a decade later, I look back on those conversations with great fondness; I’ve always believed that uncomfortable discussions make better team-mates and better people.

Rugby clubs are some of the most diverse places around. Where else might you find an English private schoolboy rubbing shoulders with a South African raised in a township? Or a lad from the Welsh valleys packing down next to someone who learned the game scampering across the beaches of the Fijian archipelago?

We live in an extremely polarised society with very binary views – you are either for or against, pro or anti, and there is not much in between. The beauty of rugby clubs is that people have contrasting political and religious views, somebody can have a disastrous taste in clothes or music, but everything is debated, dissected or laughed about, and we work together to have a good time and perform.

All of which brings me to Israel Folau. You will, I’m sure, remember his homophobic social media posts claiming “hell awaits” gay people, and his preaching, where he suggested Australia’s bush-fires and drought were God’s punishment for the country legalising same-sex marriage. Folau had his contract terminated by Rugby Australia, but he and his former employer later came to a confidential financial settlement after he argued he was the victim of religious discrimination.

On Le French Rugby Podcast last week, we discussed the whispers linking Folau to several Top 14 clubs, and whether he should be allowed to play professional rugby union again. He is currently back in rugby league with Catalan Dragons and is reportedly a target for NRL side St George Illawarra Dragons.

Rugby is hugely commercialised, but in France, the game is way less politically correct than in almost any other ‘Tier One’ country.

Let’s tackle the pure, clinical logistics first. In France, they have a concept called Laïcité that I learned about during my application to become a French citizen. Loosely translated, it means a secular society. Religion and politics seldom invade your daily life and I really love that about living here. I remember sitting through Easter services and scripture at school and thinking how none of it applied to me. I’m very thankful that in France, it’s not imposed on my children. If it’s something they choose, or wish to learn more about, then I will support them.

Rugby is hugely commercialised now, and those corporate backers have to protect themselves. But here, the game is way less politically correct than in almost any other ‘Tier One’ country. Top 14 clubs are predominantly funded by one wealthy backer. If an issue – such as the signing of Folau – doesn’t affect his business, or greatly offend him, then the club won’t collapse through losing commercial partners. People may rail against the prospect of Folau returning to union, but if a French president wants him in his team, very little can stop it happening.

This, then, is where practicality and morality collide. Where ‘could’ meets ‘should’. The latter is far more vexed. Should we allow a man who has aired such abhorrent hate speech so bombastically a route back into our game? What about the grave emotional damage Folau may have wrought upon teenagers grappling with their sexuality? What, if anything, is his right and proper punishment? And who decides that sanction? If his debt to rugby, sport and society is in some way repaid, should he be allowed to play again?

My inspirational little sister Jenny, an international footballer, is gay, and I saw how the emotion and stress of coming to that realisation and telling our family affected her. I have such huge admiration for her, and Folau’s comments hurt people going through that same process. They have no place in our sport.

But let me draw back the curtain for a moment and take you inside the changing rooms of many a professional club. Having trained, played and lived with South African, Namibian and Pacific Islands players, most of whom are extremely devoted to their Christian faith, I wouldn’t be surprised if 30-40% have the same literal beliefs as Folau.

Before my first Top 14 game with Montpellier, I was ushered into the showers by the hulking tight-five forwards and a few particularly massive backs. My mind immediately spun with thoughts of the notorious psyche-ups involving all manner of stud-raking, head-butting mayhem.

Before I knew it, these behemoths had formed a circle, taken a knee in the middle of the showers and started to pray. Completely taken aback and fearful of causing offence, I joined them. On the way out, I was so shocked that I bumped into a shower and soaked my entire back. Although the situation was completely alien to me, not disrupting my team-mates’ pre-match routine was more important than my feelings about prayer.

In that moment, I wanted to understand my team-mates more fully. I asked questions to learn about their beliefs, and I explained why I would not pray with them again. My inquisitiveness enabled me to work better with these guys. And when the time comes to play, that religious stuff is parked. You put the good of the team first and hopefully the friendships and bonds you have can foster something fantastic on a pitch.

I have probably played with 30 or 40 Folaus without knowing, and without having their views shoved in my face.

I have never met Folau, and nor can I suggest how easily some players would be able to set aside his homophobia for the sake of their team. But I have probably played with 30 or 40 Folaus without knowing, and without having their views shoved in my face.

In terms of pure sporting prowess, there is no doubting his ability. He would be a fabulous addition to any back-three. I utterly disagree with what he said on many, many levels, yet part of me would quite like to see him play rugby again.

Looking back now on that bus-seat philosophising, our fundamental disagreements didn’t stop Euan and I becoming great friends. Euan was one of the best and most entertaining team-mates I had the pleasure of playing with. He’s now living in America with his wife and kids and working as a vet. I was emailing him back and forth recently; we keep in touch and have a laugh but religion doesn’t come into our conversation. It’s not important.

Rugby now is more inclusive than ever. I would hope that members of the LGBTQ+ community would feel comfortable in any club, but there are also more gay rugby clubs being formed. Society, despite its political polarisation, is a far more welcoming place and an easier world in which to come out. And the great work within rugby, by sports teams, and across our culture, shouldn’t be set back by one man’s hate.

At the risk of delving into theology, while the Bible has plenty to say on homosexuality, it also advocates for slavery, misogyny and the stoning to death of blasphemers. Where does Folau draw the line?

There is a massive hope from the wider fanbase that he can temper his views, and learn that many people are offended by elements of his behaviour. If history teaches us one thing it is that people who are utterly convinced that they inhabit higher moral ground seldom do upon closer examination.

Folau might argue that his very faith is what drives him to preach so vociferously, in the hope that we hell-bound sinners ‘repent’, but to return to the game, he would have to change that attitude. It’s one thing having a debate one-on-one as players and friends. It’s another entirely when you broadcast those opinions in a manner that wounds people for their very nature – a nature they cannot choose – and jars with an inclusive, diverse sport. Euan and I had an agreement that we could debate, but not preach.

Rugby taught me from a very young age the values of respect, teamwork and kindness. You treat team-mates, colleagues, friends and strangers the way in which you would wish to be treated. I believe that to be just as pertinent today.

I hope that, if Folau is to play union again, he returns a more educated man, and at the very least, accepts the LGBTQ+ community like I and many others accept those of a religious leaning.