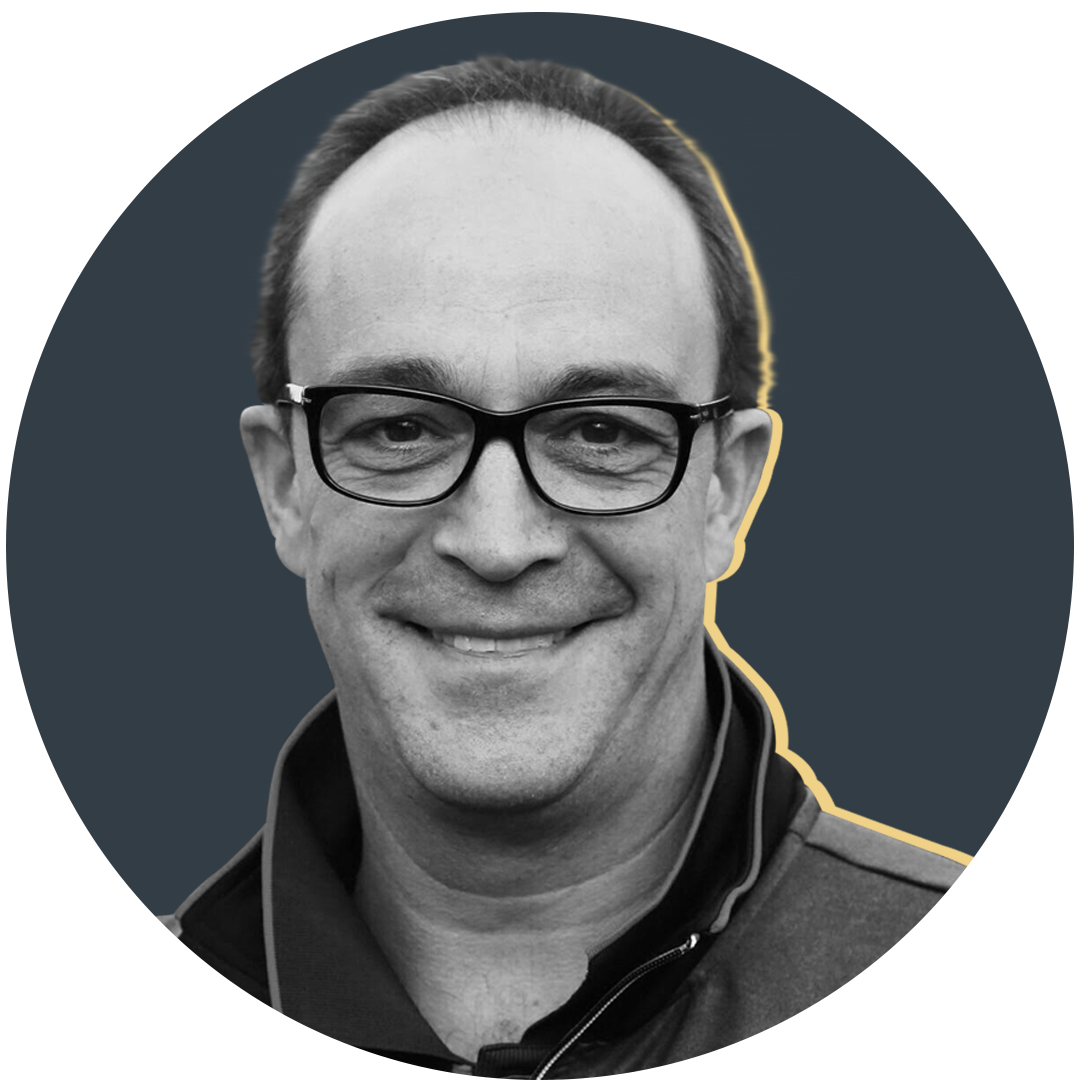 By Giles Morgan
Better late than never
By
Giles Morgan
1 year ago
EnglandIrelandScotland
11:33am, 08 January 2021 Go to comments

I really do sympathise for all the parties at the British & Irish Lions and SA Rugby at present – it is a very difficult situation. The Lions hold a special, emotional place for every rugby union fan but the concept also holds an important economic part. It is the heartbeat of rugby.

While its value to the Unions is diluted by four, its value to the game of rugby, is far more significant. I would argue that the Lions’ worth to the global game is more important than, say, the home-nations tours of the southern hemisphere next summer, fully understanding the money they would stand to gain from those tours. It puts them in an invidious position.

I don’t think they should tour the UK. That would diminish the Lions brand. It doesn’t chime with what the Lions is all about.

My personal view is that the Lions should tour if they can, but not at the detriment of leaving their supporters at home, which is the very genesis of what the tour is about.

Likewise, I don’t think they should tour the UK. That would diminish the Lions brand. It doesn’t chime with what the Lions is all about. I could cite examples of when the Lions have played closer to home, in games in Hong Kong, or Paris, or the Millennium Stadium. They were little more than exhibition matches.

The moment the Lions becomes an exhibition, then the very premise, or mystique of the Lions is called into question.

I believe that when HSBC came in in 2009, on the back of a very disappointing 2005 tour, the combination of playing the world champions and the funding of one of the world’s largest organisations breathed oxygen back into the Lions. HSBC, in essence, played a kiss-of-life role on the franchise and I, as the person who made the decision to sponsor the tour, would be very sad if it went into CPR again.

In my view, the smart move, if they can’t tour this year, is to wait a year and go in 2022 because of the importance of the Lions in the greater scheme of things. You mess with the Lions at your peril because if the Lions goes, it never comes back. Rugby union without the Lions would be far poorer for it. It’s a reminder of the spirit of rugby and what makes it different from almost any other team sport in the world.

Whatever transpires, I don’t believe the Lions is dying as a brand at all. It was telling that Vodafone signed up as a primary sponsor with so much uncertainty. If you have companies like Vodafone and HSBC on the jerseys, it’s a statement of intent that big corporations see the value in the brand. It’s kudos and sends all the right signals.

We saw through the Amazon Prime deal that rugby still has commercial appeal to brands, even in a pandemic. Amazon will be looking at the data and subscriptions to see if it makes sense to do it again. They know more about us than anybody else, other than Facebook, in terms of who we are. They will have done the deal as a connective between the rugby audience and their own sales drive in terms of new sign-ups. To be clear, rugby alone is not going to drive growth in Amazon Prime. They are looking at segments and demographics in the UK and in other markets around the world. It all comes down to gaining consumer-fan data.

Indeed, rugby, like the whole of the sports industry, is going through a dramatic shift and reshaping of the commercial landscape of how it makes money. In the old days, sport made money through four verticals. Pick a sport; if you are lucky a television company will pay you money for broadcast rights. Then sponsors would follow, based on rather inconclusive, nebulous TV data but they would also pay money up front. Off the back of that, would be ticketing and merchandise, which in the digital era has become even more lucrative in terms of online shopping. With those four boxes ticked, you have a commercially viable sport.

Getting that money up front meant sport was fortunate. It didn’t have to work very hard because the fanbase was ready-made. Those supporters were happy to pay the money for the privilege of that affiliation, in all its guises. What has changed now is that the real unit of currency that every rights holder has is the quality of the information they hold about every individual fan. That information provides investors, media, sponsors and rights holders all the data needed to prove the value of the sport and how they can create new revenue streams by building on the existing and new fanbases.

Any private equity investment in sport is nearly always silent because they are investing in something they expect to make a return in. It is not an emotional investment.

In the world of heritage sports, like rugby, a lot of the sports media, and journalists have been spoon-fed for so long with the old commercial model. They still report to say who has done the big deal with the TV company but that traditional model is set to change in the next decade.

Speeding that up is CVC’s entrance into rugby union. There is an element of secrecy about how they operate but that is unsurprising. Any private equity investment in sport is nearly always silent because they are investing in something they expect to make a return in. It is not an emotional investment. All too often supporters expect investors to somehow be emotional partners but they’re not seeing it through the fans’ eyes. Therefore the media and, by proxy, the fans often get nervous, worried or even angry with investors for somehow not speaking in the language of the terrace or the bar – but they don’t need to.

If you’re dancing with the devil, and in this instance, investors, you’re dancing with people who are looking to make money. They are not looking to be altruistic. Altruists are people who don’t look for a return. There are plenty of examples of people in rugby who have invested because they love the club or love the sport. CVC are investing in the game because they believe in the demographic of the sport and its ability to make money from that fanbase.

If you take rugby’s demographic, it’s an affluent game – it’s not truly global but it is an international game. I’m bullish about rugby union because it attracts a high-earning market, like golf, tennis and cricket. The consumer base has discretionary income and likes to spend money, which makes it attractive to sponsors and investors. CVC are hoping to increase their multiple and I fully expect the fund owner, Nick Clarry, whom I know, to remain private. His simple remit is to deliver a return back to his investors.

In the not-so-distant future, I can see only the biggest, most premium marquee sports, like the FIFA World Cup, the Olympics or the Rugby World Cup, being paid the big bucks by the TV companies.

Smaller properties, like the PRO14, may well go to an OTT (over-the-top) model. We have seen a discombobulation as technology has evolved. While OTT – essentially paying a monthly fee – sounds like the devil, Netflix sounded like the devil when it started but now it’s part and parcel of everyone’s life.

In the future, fans will increasingly choose to pay for the content they want using the technology they have. OTT is a fantastic way of getting your own data and owning it. Google and Facebook know more about Manchester United fans than the clubs do, which is wrong. The biggest opportunity World Rugby has right now is to understand the international fanbase of rugby union because this will allow them to understand its real value.

If we wanted it to be amateur, we’d be happy with a grotty little stadium, a cold pie and some warm beer and that’s it, but that’s not what elite rugby is anymore.

What’s always been interesting about rugby, especially with its history, is that fans are torn between looking at their sport commercially and retaining its amateur ethos, but that’s impossible. If we wanted it to be amateur, we’d be happy with a grotty little stadium, a cold pie and some warm beer and that’s it, but that’s not what elite rugby is anymore. It has moved on. You could call it the price of progress.

I love the game and I am very happy to be part of the rugby fandom. It’s human nature for people give away information to the things they love and that is rugby’s value. We enjoy the touring, we enjoy the camaraderie, we enjoy the sport’s competitive nature. Fans will dish out a lot of money for the flights, the hotels, the tickets and memorabilia for their families, all to show their loyalty to a sport. This is an audience that has money and wants to spend money in the pursuit of having a good time and all that comes with it; the golf tours, the wineries, the pubs. To bring it back full circle, this is why CVC invested in our sport.