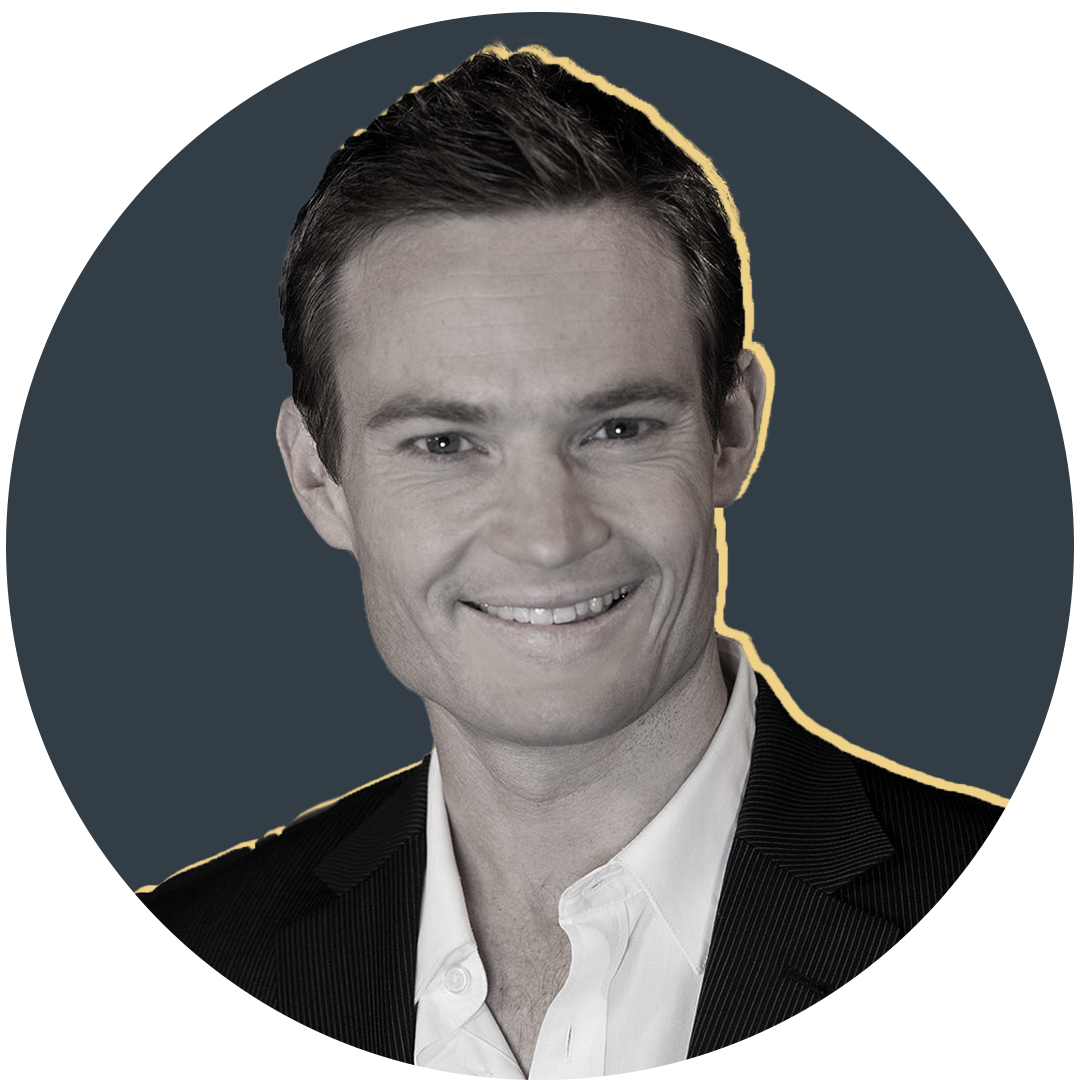 Modern-day professional rugby is more combative, more gladiatorial, more physically and mentally ruthless than at any other time in its history. Its premier athletes are the product of an unforgiving selection process. They’ve risen through school systems and academies and survived the whims of under-pressure club coaches. They have to be, by nature, deeply competitive, self-motivated and single-minded. Rugby at the highest level is no place for the gentle-hearted.

Look closely, and you might just see it. Listen up, and you can certainly hear it. It’s the sound of the very best teams in the world giving away their competitive advantage: kindness.

Now I know what you’re thinking. What on earth does kindness have to do with elite sport? And isn’t it diametrically opposed to everything that makes these people so good? Winning and kindness surely must be mutually exclusive. Hell, we’ve been told all along that good guys finish last, haven’t we?

Let’s take a couple of recent examples. New Zealand half-back TJ Perenara fronted a press conference following a Test against Australia this month where, by his standards, he’d played poorly. Many in his shoes would have mumbled their way through, reluctantly fulfilling a media obligation whilst quietly fuming at their own shortcomings.

Instead, Perenara stepped back from his own disappointment, reflecting rather on the performance of two of his younger team-mates, praising their role in the team collective and holding them up as examples of what each All Black should aspire to every time, including himself.

On the other side of the world, Rob Baxter, the director of rugby of recently crowned English and European club champions Exeter, spoke openly about the “care” his players show for each other, and how much they’re actively working to support a couple of team-mates who are closing in on international honours.

These examples may seem small, but they hint at a culture within those teams that fosters and promotes kindness over competition, the collective over the individual, despite the deeply driven nature of all the actors. In a world where the physical differences between teams is so small, the very best are searching for their advantage in emotional unity, because that connection can take you to a different level when times get really tough.

And this, perhaps ironically, is where the science of kindness steps in.

An act of kindness has a tangible neurological impact. It makes us feel better. And better still, it’s contagious. Studies have shown that kindness can spread through a network of people like an infectious disease.

Dr Oliver Scott Curry of the University of Oxford and charity Kindlab, whose work investigates the causes and consequences of kindness, sets the scene.

So far, so fine and dandy. But what about asking this of the most highly competitive sports teams, or organisations, who are comprised of self-motivated, highly ambitious individuals? How does kindness even get in the front door?

“So what we’re encouraging them to do is give it a try, and they might be pleasantly surprised… people don’t expect to enjoy it as much as they do. They assume that if they pay a cost to help someone else, they think that’s bad, but the experiments show that, no, you feel better than whatever you’ve done before.”

Steve Black, or simply ‘Blackie’ to almost all who know him, has been working on this understanding for decades as a performance coach, and he has brought the kindness bug to countless rugby and football teams over the years, and beyond to organisations around the world. In our sport, his most renowned roles have been with Jonny Wilkinson’s Newcastle Falcons and Graham Henry’s Wales side of late 1990s, early 2000s.

Each person needs to know that they matter, they matter to each other… we’re going to stay connected and reinforce the value that you have with us.

“Kindness has a deep place in high-end, elite-level sport. Maybe in the past people haven’t wanted to talk about it too much because they’ve actually thought it was a bit twee.

“I remember at the Falcons when we signed Inga Tuigamala and Pat Lam. Inga said to me, ‘Blackie, you’re the first person I’ve heard, other than back home in the (Pacific) Islands, that speaks about loving each other and really caring for each other. It makes an incredible difference’.

“Each person needs to know that they matter, they matter to each other… we’re going to stay connected and reinforce the value that you have with us.”

According to Black, kindness is a decision taken early in a team environment and acted upon immediately. Because just as feel-good vibes can unify, so too negativity can divide and undermine the whole operation.

“I have to decide to like you even before I’ve met you… and that’s massively important. I’ve lectured on this all over the world in business and sport. You’ve got to make a decision to like everybody you work with,” said Black.

“If you don’t foster that, you can’t get an optimal team performance. You can’t win on a regular basis. There are thousands of teams, thousands of businesses, all over the world where there’s huge competition in the teams and they don’t win anything, or they don’t have perennial success, it may fluctuate over time.

“What they may have is fantastic talent, but they’re not great year after year, week after week, game after game.”

Dr Curry understands that, despite all of the obvious virtues of kindness, it’s not practised by everybody, all the time. This is true in life, as it most certainly is in sport.

“It’s not easy for people to put themselves in other’s shoes and realise how much they might appreciate your act of kindness, so another part of that is to make it more vivid – and get people to realise what a difference they can make to other people,” he said.

“This is not about having a kindness leaderboard, where everybody’s trying to get to the top, it’s just to say, firstly, you might not realise how much you’ll like it and, secondly, if only you knew what a difference it makes and how valuable it is, you might be inclined to do it a bit more.

“The reason why life is difficult is because you’re never quite sure what the best strategy is at any given moment. It’s not a question of being a total arsehole or being a saint, but it’s about saying, ‘Let’s find the right balance, and it’s likely that the balance is a little bit more kind than we are at the moment’.”

You have the same ability to confront each other, you love each other, and love’s a really powerful antidote to fear.

In rugby, few coaches have experienced the kind of perennial success Black refers to like former All Black coach Wayne Smith. Speaking ahead of the British & Irish Lions tour of New Zealand in 2017, Smith took it up a level.

“A rugby team’s a community – and it’s bigger than that probably, it’s a family. And it reflects a family. You have the same ability to confront each other, you love each other, and love’s a really powerful antidote to fear,” he said.

“This is a game you’ve got to be brave and courageous in, well love is a thing that will drive you to be that.”

Call it kindness, call it compassion, or go all the way and call it love, it’s clear that those sporting teams and organisations seeking the highest levels of success understand that the deepest levels of human connection are required to get there.

Anyone who’s familiar with the working practices of the All Blacks, and the distinct but not dissimilar cultural set-up of the Exeter Chiefs, will know that these teams live these values. They are deeply connected to the people they represent, they openly promote the collective priority (remember New Zealand’s now infamous ‘No Dickheads’ policy), and they recognise and celebrate those who have gone before them.

What’s conspicuous in its absence is any great focus on the individual. These are barren lands for egos and, as such, the kind of uncooperative, divisive actions and words that inevitably follow them.

Even if these teams don’t make a conscious point of kindness, it thrives by association and spreads like wildfire.

So the next time you’re watching your favourite team, maybe pay a little less attention to their ruck speed or rolling maul and a little more to their body language and how they talk to each other. In here could be the clue to their future.

Do they treat each other with care? Do they speak of each other with kindness, in spite of the result or performance? If so, then science suggests they’re on the road to success.

Oh, and one more thing. The best thing about kindness, of course, is we can all own shares. So no matter if you’re a World Cup-winning All Black half-back, England’s best club coach, or you played ‘left-right-out’ of the Old Alleynian thirds, you can have your piece of it too.

Here’s Blackie with the last word, as he so often had in changing rooms down the years.

“Something I rarely talk about, my two lads. I’ve got twin boys, who work with me now,” he said. “When they were at university doing their MBA, I sat them down and I said, ‘Listen lads, what I’d like you to do is this; all the work you do, all the background reading and all the notes you take, I’d like you to make a copy of them all and give them to everyone else in the class’.

“Stephen and Mark said, ‘Are you joking, Dad?’

“On this particular course I think there could’ve been about 80 people. Eventually I talked them over and said I would fund it. I told them to hand it to everyone and say, ‘I think this may be of interest to you, and if it can help you in any way, use it’.”

“They said at first the feedback they got was, ‘What’s this for? What do you want for this?’

“As the weeks went by, couple of months, I think they received off other people who decided to give back to them, 38 sets of notes. I wish it had had been 80 because then we could have made a Hollywood movie, but 38 was pretty damn good, because Stephen and Mark had both their work and 38 other pieces. Come the end of the year, Stephen and Mark got the highest recorded pass in an MBA that they’d had at the university.

“I said to them, ‘Guys, kindness cannot be given away… because people give it you back’.”