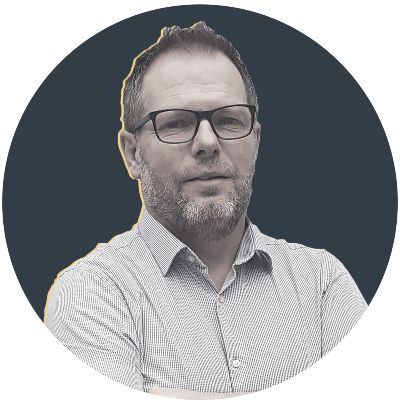 Most South Africans’ first understanding of Pieter-Steph du Toit’s potential came on a cool winter night at the Cape Town Stadium in 2012. The Springbok Under-20s were up against England in a must-win Pool match at the Junior World Championships. If the Boks didn’t win with a try-scoring bonus point, they were out of their home tournament.

Du Toit, who had played lock in the opening game of the tournament – a shock defeat against Ireland in Stellenbosch – was at blindside flank against England. Regular flank and team captain Wiaan Liebenberg was injured. It was the first time Du Toit harassed and bullied England players. It wouldn’t be the last.

By the end of the match, won 28-15 by the Junior Boks, Du Toit had served notice of his potential. His indefatigable performance, where he towered over any other player on the field, opened a curtain to his future greatness, and he remained in the back row when Liebenberg returned for the final.

In eight years since the Junior Boks won the 2012 World Championship, Du Toit has played 55 Tests, won a Rugby Championship, captained the Springboks, won a World Cup, been SA Player of the year three times (2016, 2018, 2019) and earned the coveted World Player of the Year gong (2019).

He’s also had left and right ankle surgery, two knee operations, a cracked sternum and perhaps most serious of all, acute compartment syndrome, which nearly cost him his left leg earlier this year.

Of the eight years since that 2012 breakthrough, Du Toit has missed nearly four years of action. It’s remarkable what he has achieved when you consider his catalogue of injuries. He has also been part of the Boks’ lowest ebb, losing 57-0 to the All Blacks in 2017, to their highest peak when they schooled England 32-12 in the 2019 World Cup final.

It was that performance in Yokohama last November that sealed his status as a true great. England’s pack were emasculated and from that platform Du Toit was merciless as he pursued George Ford over every blade of grass. If it were everyday life, the English fly-half could have taken out a restraining order against Du Toit for harassment. Ford was withdrawn only nine minutes into the second half, so Du Toit simply turned his attention to Owen Farrell with similar success.

“I wasn’t really tasked with targeting George Ford but in our team meeting Rassie’s (Erasmus) main message was that we had to put them under pressure,” Du Toit told TheXV. “That stuck in my mind. In the game it just seemed to happen. I cut space down and put him (Ford) under pressure as much as I could. Suffocating pressure was part of the game plan.”

In the early stages of the 2020 Super Rugby tournament Du Toit simply carried on from where he left off in Japan. One massive performance followed another as the Stormers won their first four games of the campaign. The scary thing is that the 28-year-old is only likely to improve.

“The odd thing is that we know he is physical, relentless and a great line out exponent. But he isn’t a great stepper, off-loader or brilliant tackler in terms of technique. He’s a high impact tackler and carries with huge strength, make no mistake, but his World Player of the Year award came from his intensity, physicality and relentlessness.

“He plays every game like it’s his last. He never gets tired and seems to have no respect for his own body. He is simply a freak of nature. He will play with the same intensity no matter what team he represents; it’s the only way he knows how.

Make no mistake his World Player of the Year award came from his intensity, physicality and relentlessness

“And he’s highly coachable because he is excellent with detail, especially around lineouts and contesting. He is mature and knows how to handle his body.”

By any measurement Du Toit is an exceptionally rare athlete. Talents such as his don’t come around often, so it’s almost fitting that his career has been stalled by an injury even more occasional than his gifts.

Acute compartment syndrome is not a fear of small dwellings or train cabins. It is a potentially fatal condition that blocks blood supply from one area of the body to another as a result of an inflamed muscle compartment. Following trauma, the fascia – the connective tissue that keeps the muscle in place – cannot stretch and the resultant swelling causes a disruption in blood flow to nerves, capillaries and muscles.

Du Toit is only the 43rd person in recorded medical history to have suffered this condition. And it’s happened to him twice! Thanks to the fast acting of Stormers’ team doctor Jason Suter, he will be able to continue his career instead of continuing life with a prosthetic limb after having an emergency fasciotomy.

“I suffered two knocks to my quad in the same game against the Blues in February,” Du Toit said. “As I recall, one was in the first half and the second knock happened soon after halftime. After the second hit the contusion was pretty bad and the leg swelled up. I still played on for five or 10 minutes and eventually told the medical staff that I couldn’t go on.

“Initially I just went to the side line and had ice strapped around my leg to reduce the swelling. When the final whistle blew I stood up to shake hands with the opposition and I immediately knew something was not right. I could not feel my leg.

“It jogged my memory. I had suffered a similar injury in 2010 when I was in final year of high school so I said to the doc that we needed to keep an eye on it. He agreed and immediately sent me to hospital for a check-up.

“When I got to the hospital I wasn’t in pain but there was this odd sensation of pressure in the leg – like my thigh wanted to explode. It swelled up because there was nowhere for the blood to go.

“I didn’t respond to meds and the specialist quickly took me into surgery to relieve pressure and get blood to the lower leg.”

If we had waited longer to do the operation it would have been much worse. I’d have probably had to have my leg amputated.

But the surgery was just the beginning because the injury was so severe that there were no guarantees that Du Toit would make a full recovery. For one, infection was a real danger because despite their best efforts and a second surgery, the wound could not be stitched up.

It’s a brutal surgery, slashing the leg almost the length of the thigh. Du Toit’s wife Willemien is a physiotherapist by profession and is no stranger to traumatic injuries. She even blanched when she saw the wound and understood what her husband had been through and what he was facing.

“I have a 40cm scar on my left thigh now, which is about double the length of the previous one I had from the 2010 injury, but because the scar was so big and the muscles so inflamed they could not close the wound immediately,” Du Toit explains.

“The swelling was so bad the skin could not stretch over the cut to allow the doctors to stitch it up. Basically, if we had waited longer to do the operation it would have been much worse. I’d have probably had to have my leg amputated.”

Five months on and Du Toit is running and rehabbing again. The Coronavirus lockdown has been devastating for the global and local rugby industry but Du Toit is one of the few who have welcomed it.

“Speaking selfishly lockdown has been good for me because no one has been playing rugby, so I don’t feel I have fallen that far behind,” Du Toit says. “I will still have to prove myself but at least the selectors and coaches will only have the memories of my last performances to go on, and not the performances of others while I have been out.”

Du Toit is remaining in Cape Town for the time being. After a difficult negotiation with the Stormers, which required a unique contract restructuring that separated his wages from his image rights fees (SA Players have a collective image rights bargaining agreement), Du Toit will stay in South Africa until at least the end of the 2021 British & Irish Lions series.

“The Lions are the major reason I stayed in South Africa,” he says. “I want to give everything I can to play against them because it’s a rare opportunity. “If you are born in the wrong era, you will never have a chance to play against them. I will do my best to be part of it. I’ve heard from people like Bryan Habana that it’s almost bigger than the World Cup and I want to experience that feeling.”