77 kg
Thanks
Sorry there has been an error

The Rebels will enter their 12th year with a new coach and determination to exceed expectations in Super Rugby Pacific. Most pundits aren’t giving them much of a chance after losing some high profile players, including Markia Koroibete and Isi Naisarani. 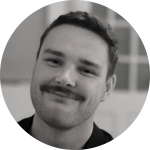 The squads are out for the Super Rugby franchises as the attention of Southern Hemisphere fans turns to a new era in the competition. The new competition sees the introduction of an eight-team finals series.

'They've got a level of maturity that they probably didn't have two or three years ago': Why the Rebels will be on guard this weekend

Rebels
vs
All Teams