Brad Shields talks to RugbyPass Next
Back
The Rugby Championship

As the All Blacks prepare for the next leg of their Rugby Championship campaign, one player is preparing for the biggest game of his young career.

The only potential debutant in the All Blacks 23, halfback Te Toiroa Tahuriorangi will become All Black No. 1174 should he be called upon during Saturday’s Test against Argentina. First selected in the All Blacks squad in May but unable to feature, Tahuriorangi has spent time in the wings and waited patiently for his first opportunity with the national side.

To fans in both New Zealand and abroad, the halfback is a largely unproven commodity, though it’s clear All Blacks head coach Steve Hansen and his selectors see immense long-term potential in the Rotorua Boys’ High School product.

The vision Hansen has for Tahuriorangi is only exemplified by the latter’s small sample size at Super Rugby level. At the start of the 2018 Super Rugby season, Tahuriorangi had just one start to his name after two years with the Hurricanes, spending the bulk of his time behind All Black TJ Perenara. At the end of the season, after a move north to the Chiefs, that number of starts had grown to just six.

Tahuriorangi logged 535 minutes in 17 games this year (an average of 31 minutes per game), fewer than six other New Zealand-based halfbacks including Chiefs teammate Brad Weber (829 minutes). New Zealand’s top two halfbacks, Aaron Smith and the aforementioned Perenara, clocked up 1047 and 989 minutes across their 15 games respectively as the two most-used at the position. Based on experience alone, one would be forgiven for wondering just how and why Tahuriorangi leapfrogged his compatriots and inserted himself as New Zealand’s third-string halfback. If we dive a little bit deeper, his case for selection becomes clear.

Listed at 1.71 metres tall and weighing in at 83 kilograms, Tahuriorangi has the exact same measurables as the All Blacks’ incumbent first choice halfback, Aaron Smith. This eerie likeness isn’t the only area in which the two are similar. To this point in Tahuriorangi’s career, he has closely followed the exact same arc as Smith. Both first appeared in black at the Under 20 level before representing the New Zealand Maori. Should Tahuriorangi feature against Argentina on Saturday, he will earn his test debut at the age of 23, and will be just over one month younger than Smith was on his own debut. But these comparisons can almost be chalked up to somewhat calculated coincidence. When taking a look at both the numbers and style of play, Tahuriorangi is as close to an Aaron Smith clone as the All Blacks are going to find.

Granted, Tahuriorangi saw significantly less time on the park than both Smith and Perenara, but when their Super Rugby statistics are averaged out to a per 80-minute figure, significant similarities emerge.

Both Tahuriorangi and Smith produced similar per-80 numbers when it comes to distribution, on par with each other across several statistical categories including line break and try assists. Tahuriorangi emerged as a slightly better runner, topping Smith in runs, run metres, offloads, line breaks and tackle busts. Tahuriorangi also takes care of the ball a little better, averaging fewer turnovers and handling errors. 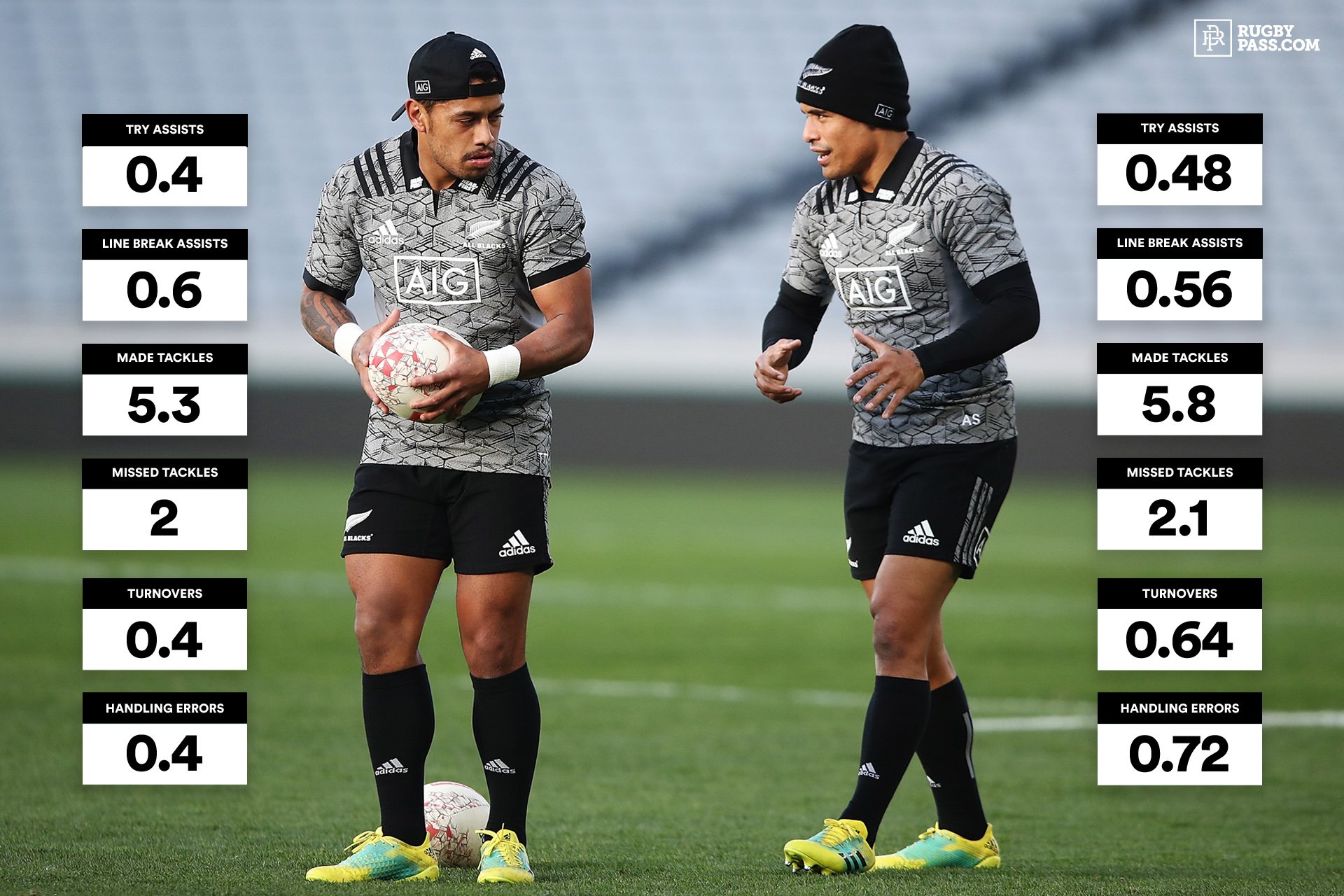 The two are almost identical defensively, both averaging just over five made tackles and two misses per 80 minutes. With the Rugby World Cup just over one year away, fitting the mold of the ever-reliable Smith only helps the youngster’s case as he eventually pushes for a bigger role within the side. If he develops the way the selectors are hoping, he shapes as a long-term number one option, likely jumping up the order by the time 2023 rolls around.

The game in which Tahuriorangi perhaps cemented himself as the All Blacks’ heir apparent to the No. 9 jersey was his first start of the Super Rugby season, against the Sunwolves in Japan. The diminutive signal-caller marshaled his side with a composure beyond his years, providing accurate, quality service to Damian McKenzie and the rest of the Chiefs over an impressive 71-minute shift. His constant barking, quick delivery and impeccable timing to hit teammates both off the deck and on the run was reminiscent of the way Smith leads the All Blacks around the park. Tahuriorangi finished as one the most influential players of the match, notching three try assists, 54 run metres from five carries and two clean breaks in a 61-10 coming-out victory.

Ahead of the All Blacks’ Test against Argentina, Hansen spoke of Tahuriorangi’s abilities. “We think he’s a quality player, he’s got a lovely pass on him,” Hansen said. “We just want him to go out and deliver the ball to Richie or Damian if he’s on at that point. Deliver quality ball and drive the forwards around the park.”

With Smith and Perenara still in the frame for at least the next few years, this is the first real chance for Tahuriorangi to further solidify himself with All Black selectors and remove all doubt that he should be the third halfback in the national setup. For now, with no rush to fill the No. 9 jersey, Tahuriorangi should relish each minute and focus on continuing to build on his All Black case.