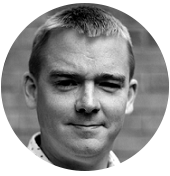 The Pacific Rugby Players Welfare (PRPW) organisation has wasted little time in putting pressure on World Rugby’s re-elected chairman, Bill Beaumont, in a second letter calling for “urgent enquiries on the status of the investigation” into the conduct of Fiji rugby union’s chairman, Francis Kean, following his alleged abusive and homophobic comments. Kean recently stood down from the World Rugby council after a recording emerged, seemingly of the official in his role in charge of Fiji’s prison service saying, “We are not breeding poofters and weaklings here… we must f*** them up.” He remains chairman of the Fiji rugby union.

In the letter following the Sunday Times story, PRPW director Dan Leo wrote: “I note that, although it is more than two weeks since an investigation was first promised to the media, at the time of writing this letter no request has yet been received by the Sunday Times from WR (World Rugby) for a copy or transcript of the Kean recording or any other material generated in support of the April 19 report.”

While World Rugby have no fit-and-proper-person test for anyone standing as a union official, PRPW have identified World Rugby regulation 20.4 (c) in relation to misconduct which refers to “acts or statements that are discriminatory by reason of sexual orientation”.

The letter is signed by Leo on behalf of PRPW. One of its board members is former Fijian international Josh Matavesi. He told RugbyPass: “I don’t know what (Kean) adds to the FRU. I’m embarrassed by his comments. As a Fijian, I know how hard the team has worked in the last decade to pride itself on the morals and values that it holds. It undermines what we’re all about. It undermines the coaches, all the things that we talk about.”

Matavesi continued: “Any gay or lesbian person in Fiji, I ask them to take no notice. It’s one very small-minded person. For him to say that it shows he’s not fit for the role. I’m sure if anyone from the RFU said that, they would soon be gone. I’ve got kids. For people in Fiji, for a kid to pick up the news and read these comments – and let’s say they might be going through a tough time but they like their rugby – you have just completed eroded any chance to bring people out of their shells and any chance to bring them into rugby.”

In January, Lord Robert Hayward was recognised by the Rugby Union Writers’ Club for his role as founding chairman of the Kings Cross Steelers, the world’s first gay and inclusive rugby team. Lord Hayward is also secretary of the All-Party Parliamentary Group in the UK for rugby union.

He said: “The alleged comments attributed to Francis Kean are unacceptable. If World Rugby are to stand by the game’s values and moreover their own regulations, we need more clarity about the undertaking of their investigation and any subsequent steps. Taking swift and appropriate action against anti-LGBT remarks is what everyone in rugby should expect of those in the highest office of the game. I welcome Dan Leo’s pursuit of this matter.”

If Leo and PRPW can prompt swift action from World Rugby in investigating Kean, what is their aim? Matavesi said: “I don’t think he’s fit for the job. For the players who want to play, I just want the best for the next generation. With it being run like this, I feel very sorry for the next generation of rugby players coming through.”