Wasps were overrun 35-14 by Munster in a thrillingly chaotic Heineken Champions Cup clash contested by makeshift teams besieged by Covid and injury problems.

A rollercoaster first-half ended with Wasps trailing just 13-7 but the writing was already on the wall after Brad Shields had been controversially sent-off for a dangerous tackle on Dave Kilcoyne.

And with hooker Dan Frost sin-binned on the stroke of half-time, their 13 men were on the ropes and Munster reacted by engineering tries for Patrick Campbell and Andrew Conway.

Alfie Barbeary’s all-action display capped by a captivating try had given Wasps hope but he was unexpectedly replaced at half-time and it became one-way traffic from the moment Campbell showed his class to finish in the 43rd minute.

Missing 17 players to injury, they also had to contend with the loss of four more to Covid in the morning, resulting in a hasty reconfiguration of the team.

Munster, meanwhile, were missing 34 squad personnel because of quarantine following their recent ill-fated United Rugby Championship trip to South Africa, creating five debutants in the starting XV and another seven on the bench. 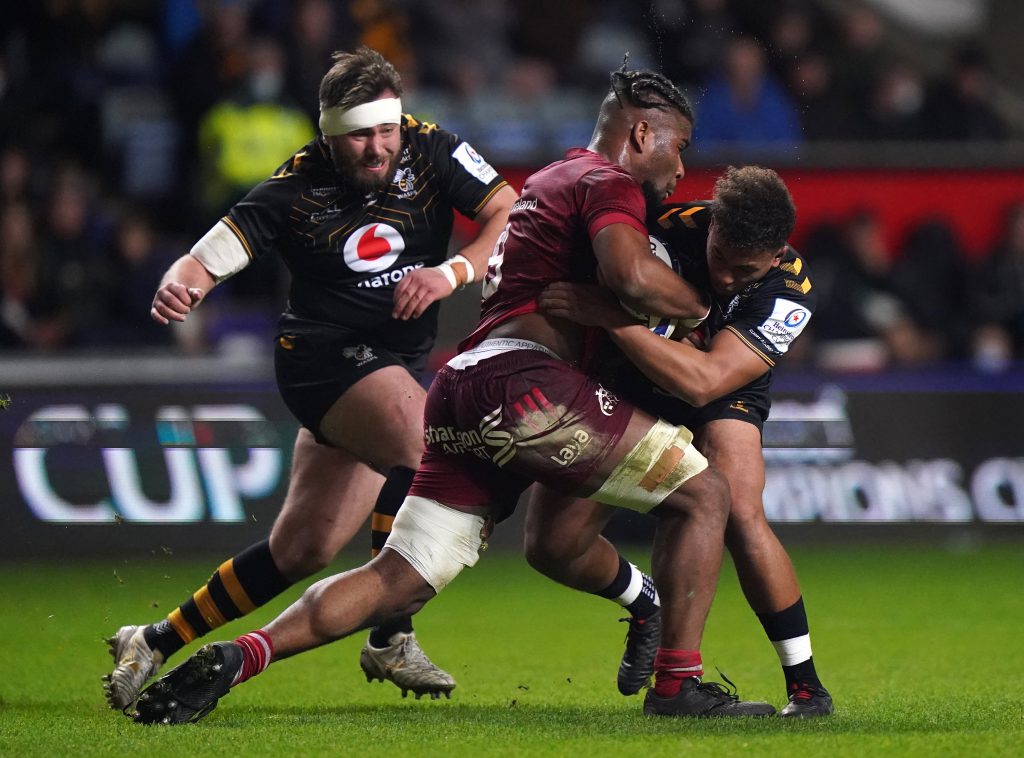 Crucially, however, Ireland stars such as Tadhg Beirne, Peter O’Mahony, Conor Murray and Keith Earls were present to stiffen their ranks.

For all the absentees, it was an enjoyable spectacle where it appeared at times anything could happen, at least until Munster showed the extraordinary depth of their playing resources to pull clear.

Wasps’ Covid-affected start to the day was compounded when play got under way, with Thomas Young denied a certain try by O’Mahony’s excellent covering tackle.

And while Joey Carbery sent a penalty between the uprights to draw first blood for Munster, Jimmy Gopperth struck the crossbar to continue the two-time champions’ unfortunate opening. 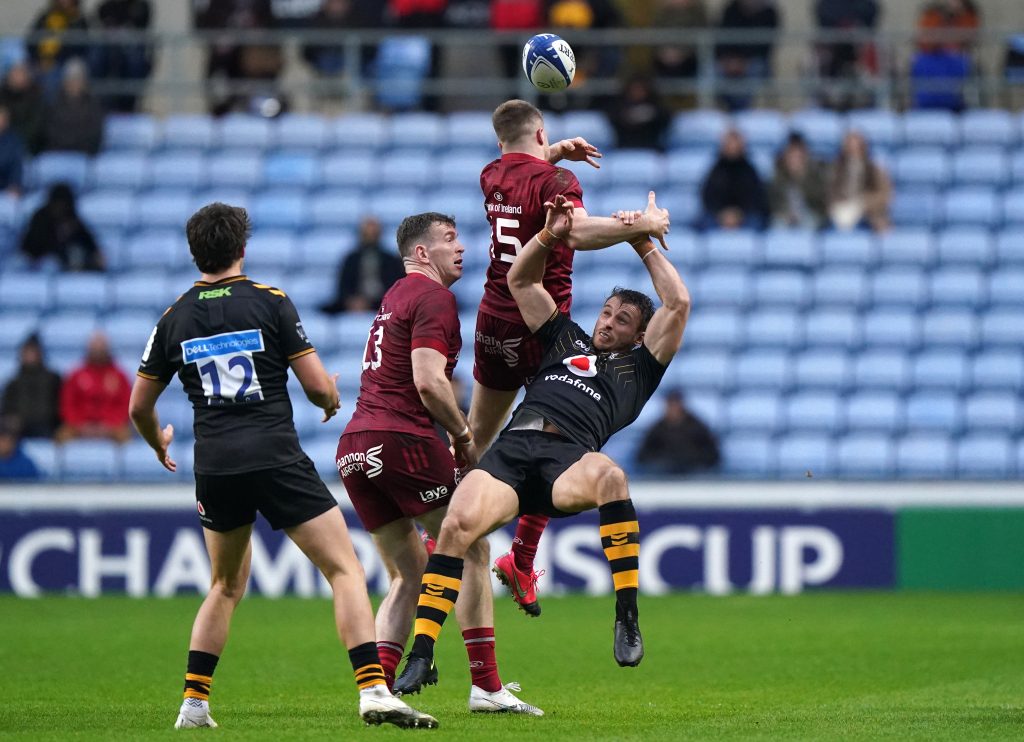 But their scrum was offering a foothold in the game and it took feverish defence to keep their maul at bay until they produced the first of two turnovers in quick succession.

Munster were fighting for every ball in defiance of their absentees and their victory prospects received a dramatic boost when Shields was shown his dubious red card, with referee Romain Poite saying his shoulder had caught Kilcoyne’s neck.

Carbery directed a simple penalty at the post and while he was on target soon after, a dramatic twist followed as Wasps plundered a stunning try through Barbeary.

It concluded an exhilarating spell of end-to-end rugby in which the rivals took it in turns to attack from deep and, having been at the heart of the home advances, Barbeary delivered the telling blow.

A kind bounce of Murray’s kick presented Earls with the simplest of tries as Munster hit back and then Frost departed for the sin-bin as the home side were reduced to 13.

It did not take long for the advantage in personnel to be felt as Beirne started a breakout try that ended with full-back Campbell producing a brilliant finish on his senior debut.

And Munster were out of sight in the 49th minute when a loose pass during a promising counter-attack fell for Conway to scoop up and complete a simple run-in.

Hooker Scott Buckley was the next over from a line-out move and that was the game won, although Michael Le Bourgeois picked a quality line to improve Wasps’ final score.