Magnus Bradbury’s try was enough to seal a 10-7 win for Edinburgh over Glasgow after a late surge of points at Murrayfield. The scoreboard remained blank until the 65th minute as a mixture of freezing conditions and sloppy mistakes resulted in both teams wasting a string of openings to strike.

Edinburgh fly-half Jaco Van Der Walt eventually nudged his side in front with a penalty before Bradbury’s try with 10 minutes left Glasgow with it all to do.

Warriors replacement Lewis Bean did cross over in the final moments but Edinburgh held on to win the first leg of the 1872 Cup double-header and four valuable Guinness PRO14 points.

The winning try capped off a memorable start to 2021 for the Bradbury family, coming just 24 hours after Magnus’ mother Dee – a former president of the Scottish Rugby Union – discovered she had been awarded a OBE in the Queen’s New Years honours.

Neither side had much to shout about amid a dire end to 2020.

Both Scottish sides had previously managed just two league wins all season and the first 40 minutes of the new year did little to suggest things will be getting any better in the months to come. 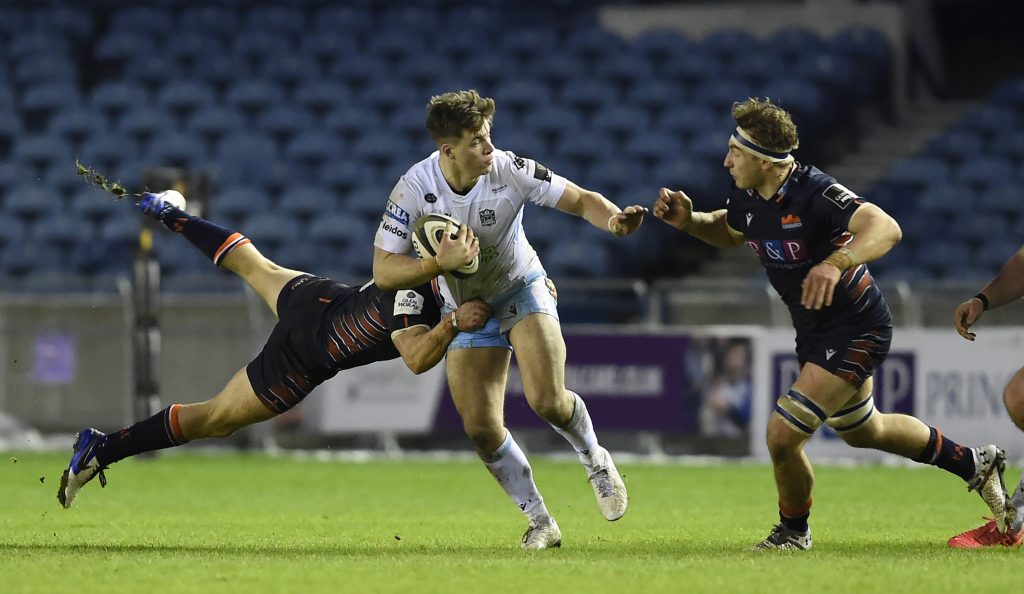 Edinburgh dominated the first quarter, camping out for large spells in the Warriors’ 22.

But with temperatures sitting sub-zero in the capital, the hosts froze when the big moments came and Danny Wilson’s defensive line was able to stand strong without being broken.

Having survived that onslaught, Glasgow should have taken the lead on the half-hour mark.

However, Brandon Thomson’s horror penalty miss straight in front of the posts summed up a woeful first period as both teams eventually trudged down the tunnel with the scoresheet blank.

Thompson’s jitters with the boot was perhaps the reason behind Ali Price’s decision to take a tap and go in front of the posts five minutes into the second half but another chance was spilled when Zander Fagerson dropped the ball a yard short of the line.

Glasgow had Richie Gray plucking everything out of the air at the line-out but even with that set-piece leg-up they found converting territory into points just as problematic as Edinburgh had before the break. 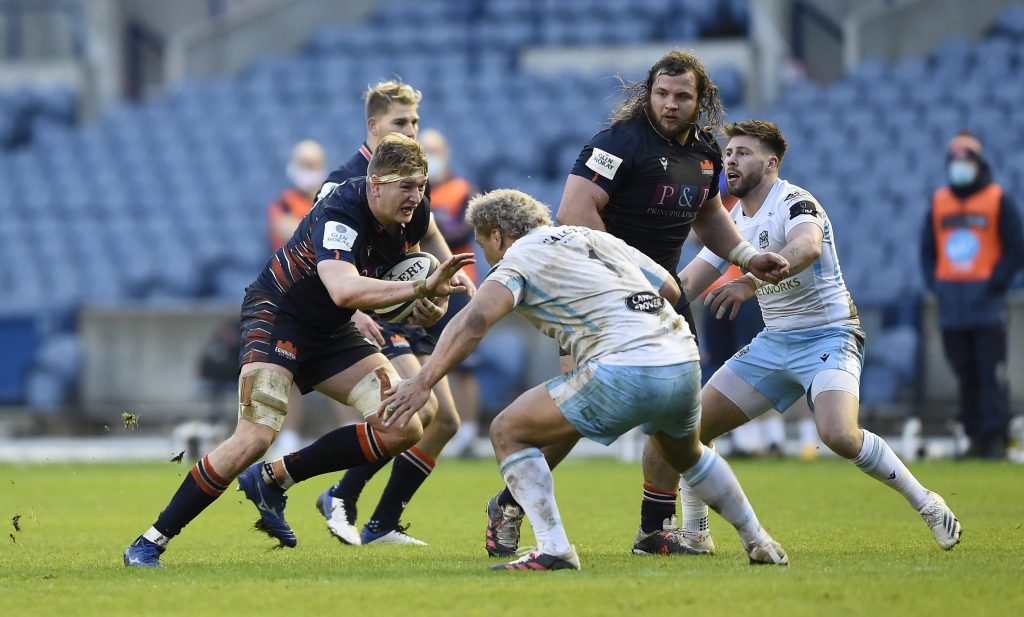 But when it came to the scrum, Richard Cockerill’s pack were firmly on top and it was thanks to the forwards that they got the penalty which saw Van Der Walt finally opening the scoring as the Scotland stand-off nailed a 40-yard penalty.

Glasgow still had time on their side but when Thompson overcooked a throw to Sam Johnson, Edinburgh were quick to pounce.

Duhan Van Der Merwe’s kicked on into the unguarded backfield, with Bradbury darting through to dot down the try which sealed victory.

Bean barged his way over from close range at the death but it was too little too late for Wilson’s team.