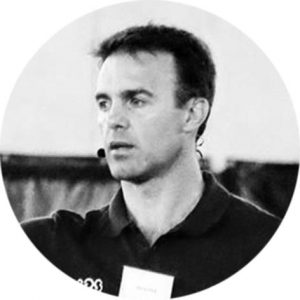 In the absence of the highly-influential Faf de Klerk, who has been missing through injury since sustaining damage to his hip in the second test against the British & Irish Lions, the Springboks have been forced to build their strength in depth at scrumhalf.

Considering that the Springboks are heavily dependent on their No 9s in order to execute the current game plan, it’s a fillip for the national team that the scrumhalf situation is in a good space from a South African perspective.

Make no mistake: De Klerk, who has been the heartbeat of the national side ever since the 30-cap foreign player rule was abolished by SA Rugby in 2018, is a big miss.

However, his injury means that a door has been opened for somebody else. It’s testament to the strength of the squad and in terms of what they are doing that they haven’t lost anything so to speak.

It’s been pretty seamless considering that the men in green and gold have the quality of a player like Cobus Reinach to call upon to occupy the starting jersey, with Jaden Hendrikse and Herschel Jantjies waiting in the wings.

In the infancy of his test match career, Reinach has had to play the role of impact player which he has done unbelievably well.

However, the current situation presents him with a great opportunity to prove that he’s not just a super-sub but is capable of playing 60-80 minutes in that starting position.

Contrary to some analysis, the Springboks don’t particularly play more off 10 when De Klerk’s not there and I didn’t sense that that was the case when Reinach stepped in.

In terms of the manner in which the Springboks are playing, it’s quite clear that they are employing an aerially-based, territorially-driven strategy with an emphasis on defence.

Firstly, it’s the system itself which is making the Springbok scrumhalves defend unbelievably well – taking away time and space from the opposition – and secondly it’s about attitude.

The Bok No 9s get off the line quickly, into the faces of opponents and chop their legs and get them to the ground.

Exclusive: European fans best get their wallets ready because there could be some exceptional rugby heading your way ? https://t.co/tMHeYCKQAZ

In terms of execution on attack, a lot of the time teams will execute off 10, but it’s quite clear the Boks have looked to play more off 9. It places pressure and responsibility on the number nine to execute.

The Springboks have figured out where their own strengths lie and the reason the current protagonists are in the mix at halfback is because they have proven their worth at the highest level.

For me, test rugby is more about being a strategic game than it is about entertaining people. Maybe the time will come when the Springboks feel that they need to be more adventurous and play more off 10 but to what end? You might risk losing a Rugby Championship because you decide to do that.

De Klerk’s defensive game definitely stands out. He fights way above his weight, gets under the skin of opposition players and is a tenacious competitor, which is aligned to what the Springboks are about at the moment.

When fit, the 29-year-old is unequivocally the first-choice starter for South Africa, but Reinach and Hendrikse have underlined their pedigree.

The game has changed and there is more expected of a halfback now than there was when I played in terms of having a holistic, well-rounded set of skills.

You’ve got to be able to play game after game at a high level, which is a big ask for players who are traditionally much smaller guys in the grand scheme of things.

Within today’s game, scrumhalves need to be incredibly athletic, powerful and must possess plenty of endurance.

It’s little wonder that Hendrikse has skipped the queue because he ticks the aforementioned boxes.

At 21, he is still young and raw but the impact he has during a game and the contributions he makes are through the roof. He must be super-fit because he boasts an unbelievable engine.

UPDATE: Pumas change it up ahead of the second Test against the Boks in PE. #RugbyChampionship https://t.co/YYNBBol5n1

At provincial level for the Sharks, he was probably making 20-30 percent more contributions a game than other scrumhalves would in the same position. It will be good to see Hendrikse get an extended run in the Springbok jersey in the absence of De Klerk.

However, Reinach will hope that Hendrikse doesn’t get too much game time because he wants the opportunity to cement the starting spot.

The competition for places is always healthy and the bonus is that there are so many tests for the Springboks over the remainder of the year that I see the squad being rotated as the season unfurls.