Glasgow resurrected their Champions Cup campaign and delivered a serious – but not fatal – blow to Exeter’s quarter-final aspirations with a well-deserved 22-7 victory on a foggy night at Scotstoun.

Visibility was so poor that there was a real danger that the game would not go ahead just an hour before kick-off.

The hosts adapted better to the conditions and after several minutes of pressure they edged their way into a 3-0 lead through a Ross Thompson offside penalty from almost directly in front of the posts.

While the Warriors coaching team will have been encouraged by the pattern of play throughout the opening quarter, they will also have been mindful that all the possession and territory had not translated into a more commanding advantage on the scoreboard.

With just over half an hour played, Exeter had their first period on the front foot and it took some excellent defensive work from the hosts to keep their try-line unbreached, before Zander Fagerson won a scrum penalty which allowed Thompson to clear the threat.

Jonny Gray was penalised for pulling down at the subsequent line-out, and Thompson kicked for touch again, before George Turner burst from the maul and it took a fine tackle from Tom O’Flaherty to stop the rampaging hooker inches short of the try-line. 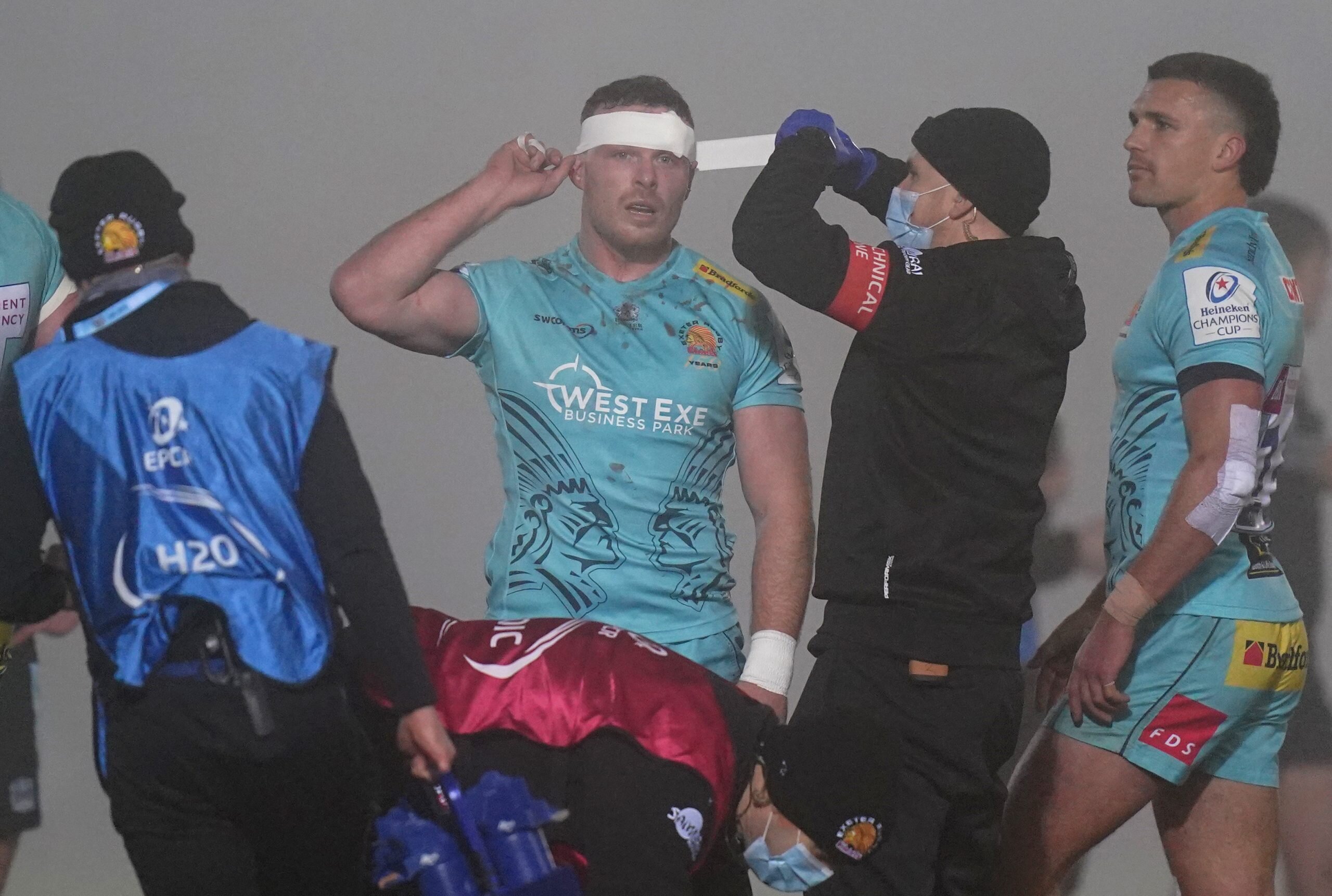 Play was brought back for a previous penalty, giving Warriors another chance to extend their lead in the last play of the first half, but they lost control of possession at the line-out.

Warriors started the second half as they finished the first, with Sione Tuipulotu carrying well on three occasions before a side-entry penalty gave Thompson a chance to edge the hosts further ahead – but his effort rebounded off the left post.

However, the Warriors stand-off did not let that shake his focus and when Exeter gave away another penalty two minutes later for going off their feet, he fired home the three points. 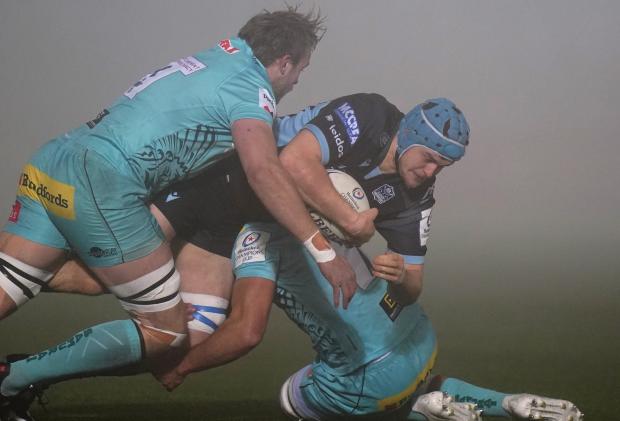 He was on target again to make it 9-0 after a collapsed Exeter scrum just past the 50-minute mark and then made it 12-0 when another scrum penalty was coughed up by the visitors just before the hour.

We are normally blessed with some pretty high scores…

Sam Simmonds finally got the away side off the mark with nine minutes remaining when he burrowed over after a relentless period of pressure, with brother Joe kicking the conversion, but Warriors kept their cool and Thompson kicked his fifth successful penalty of the night to ease the home side to more than a converted try ahead.