The favourite to replace Gosper Next
Back
Internationals

Gary Gold, the vastly experienced USA Rugby head coach, knows all about rugby’s world-wide cash crisis and will discover in the next two weeks if he will be jobless for the rest of the year.

The COVID-19 shutdown forced USA Rugby to file for Chapter 11 bankruptcy and Brett Gosper, the World Rugby CEO, has revealed an emergency cheque for £880,000 is being handed to the union and is likely to be followed by a similar amount to try and ensure the North American union survives until test rugby starts up again.

This scenario gives Gold, the former Springbok assistant coach who has worked in high profile jobs in England and Japan, a unique perspective on the battle for the soul of the sport which many see encapsulated in Agustin Pichot’s attempt to oust England’s Bill Beaumont from the chairmanship of World Rugby.

A recap of the RugbyPass FIFA Pros tournament, which has entertained hundreds of thousands in recent weeks.

Gold sits firmly in the Pichot camp but is keen to stress he acknowledges the strides made by Beaumont who had the former Pumas scrum-half as his deputy, but that role would now be filled by Bernard Laporte, of France, if there is no change of chairman when the vote is revealed next month.

For Gold, the Pichot’s vision of a global calendar and more access to Tier 1 matches for the ambitious Tier 2 nations allied to a funding scheme that is more than just handouts in time of dire need, resonates with his own view of the game’s future. The present is a serious worry for Gold, his staff and players with the rest of the sport also having to face up to mounting losses unless test rugby can return before the end of the year.

Gold said: “If the USA Rugby do not resolve the situation in the next 14 days I don’t have a job. I don’t have an agenda here, I am guy who is massively passionate about wanting to grow the game and I went to the USA because it is something I really wanted to do and I have a tendency to go for the underdogs.

“If, as has been suggested, there isn’t going to be a test match played this year then I am out of a job. At the moment USA Rugby is fighting to hold on but if there is no income opportunity from test matches then there is no money.

“I have players and staff ringing me on a daily basis asking if we are going to play again and I have to tell them that I just don’t know. This situation has happened by default but having this virus has really shone a light on problems in unions around the globe.

“Having spent time with Gus (Pichot), I know it’s not about a handout which is like throwing a buoy to a guy who is drowning. He will survive a little bit longer but ultimately he will go under. Gus has a proper business plan to ensure there is a future with investors getting involved in a global game where the 20 top unions are involved. Gus is prepared to make hard decisions which won’t be detrimental to the major tournaments already being played and which are doing really well.

“Currently the international cake is only cut into a few pieces by a handful of people and to be able to share that around the World would show the opportunities out there. For me, Gus’s tenurship is a sensible one because he has been talking about these plans for a global game that can work better for all parties. It is not about taking anything away from anyone else and it is about New Zealand, Australia and South Africa coming to Argentina, USA and Canada before their European tests and make it a worthwhile exercise for both parties.

“It is nothing against Bill, Bernard or the current regime, I just think it is has been done one way for many years – it’s not broken for the Tier 1 – but for Tier 2 you are caught between the devil and the deep blue sea.

“You can’t make strides unless you are on the world stage and you are not going to be put on it until you are making strides. There is no magic formula and no one is going to write this amazing cheque for millions and millions of dollars and say to teams like USA, Romania, Georgia, the Pacific Nations and Canada and say off you go – make it happen. It needs to be made to happen with young fresh blood.” 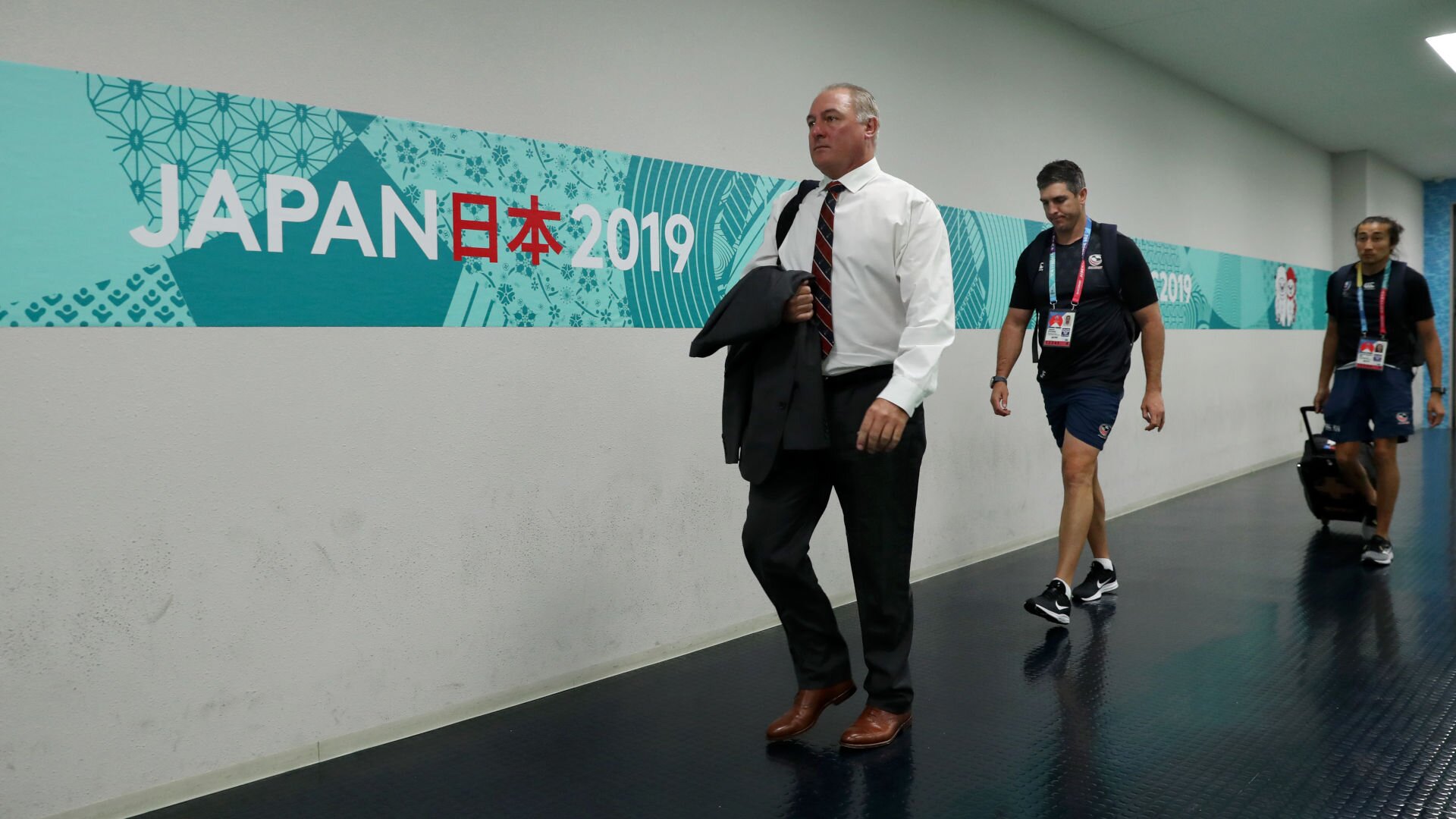 Gold’s successful time in the Top League in Japan showed what can be achieved when World Rugby throw their support behind a union that needs outside help and the 2019 Rugby World Cup transformed the country’s status and finances. In the USA, where the Major League Rugby season has been shelved until 2021, when Sevens became an Olympic sport it brought significant cash help for the programme in making the Eagles one of the outstanding teams in the World series.

Gold added: “I think this virus for rugby and for so many aspects of life is an opportunity to control and delete and start again. I am hoping that many people’s outlook on life – those who have had privileges – are getting an opportunity to see what it is like on the other side. I don’t think it is a stick to beat anybody with and I wouldn’t say “welcome to our world “ because I have luckily in my career to have been on both sides.

“My view is quite clear and strong in terms of supporting Gus. I have no issues with Bill and what he has done to date has been a very good job and I think it is important to stress that not because I have to but because I genuinely believe it. His tenure has been a good one, however, I feel that in terms of understanding Gus’s views around the global game, taking a step back, rugby does need to take a good look at itself as it is dominated by a handful of Unions and because of that there is an opportunity there that if there was a global season and horizons broadened we would be pleasantly surprised a what we could get out of it. 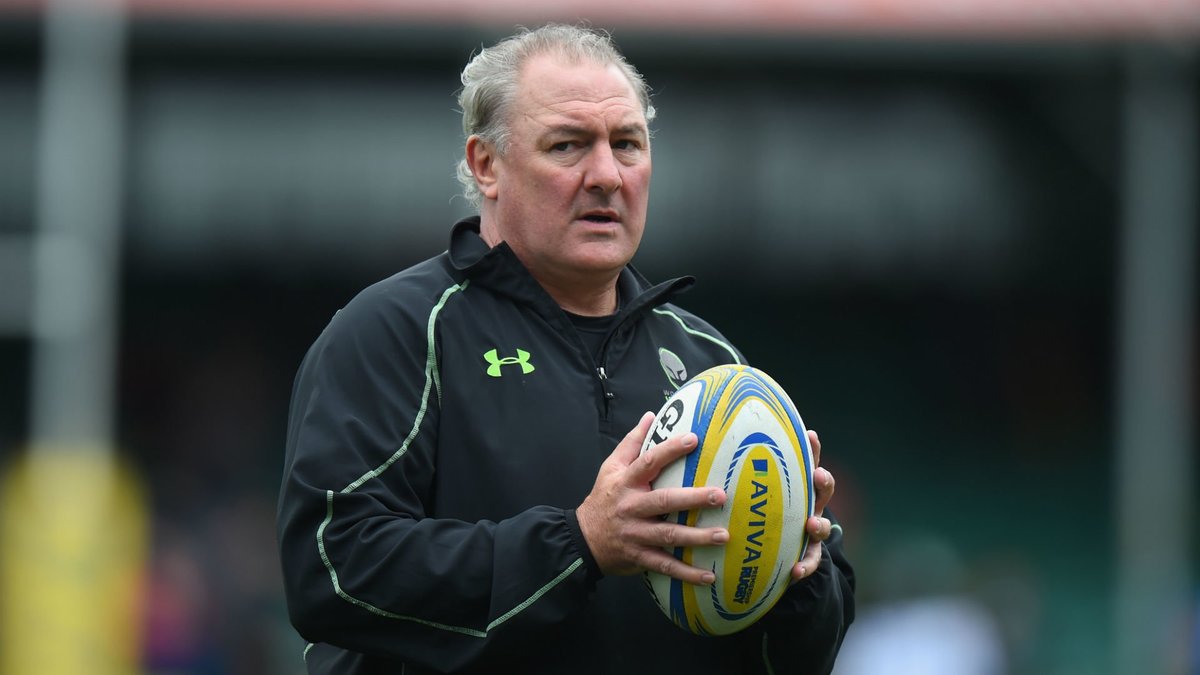 Gary Gold while at Worcester Warriors

“Gus, for me, is an individual who has lived on that side of the fence in his playing days with Argentina and then adding professionalism in their rugby and then as an administrator what he has done with the Jaguares to given them an opportunity to play Super Rugby has made Argentina a genuine force. That is just one aspect, and he has that same vision for other teams around the world and it’s not about taking anything away from Tier 1 nations.

“There is nowhere in Fiji, Argentina, USA or Romania that is going to fill stadiums like Twickenham, Murrayfield or the Principality Stadium. You could say I am biased about USA Rugby because I am coaching there and I am passionate about seeing the game grow. I have been in the job for three years and I am tired of hearing about the sleeping giant in the USA but no one is doing anything to wake the giant. There are other countries out there who could do similar things to the USA and there is a real appetite for the game out there.”