The French clubs and government have thrown the future of this season’s Champions Cup into doubt and if we’re honest, they have a point.

It’s the hardest solution to the latest concerns around the competition and Covid-19 because everyone wants to see Europe’s best go up against one another but common sense says we should call a halt to the Champions Cup and start again next season.

EPCR and the French clubs and government have met this week because of concerns over the new strain of the virus and revised Covid-19 protocols, including moving testing from Monday to Wednesday, have been introduced but the threat of the French clubs pulling out remains.

We’ve already seen reports of Bayonne wanting to pull out of the Challenge Cup and it wouldn’t be the European Cup without the French clubs, so I can’t see how the tournaments can continue if they pull out.

A decision is due in the next couple of days but we’re at an equivalent point now to when rugby was paused back in March in reality so there’s certainly merit to postponing the competition for a season. 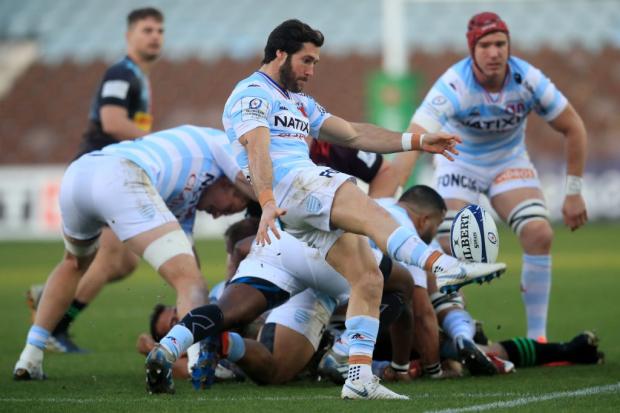 The French clubs are flying high in Europe’s top tier this season more than most with Bordeaux, La Rochelle, Lyon, Racing and Toulouse all having won both of their opening games so we can’t accuse them of not taking European competition seriously.

The Top 14 does come first for them in almost all cases, though, and games affected by Covid-19 have been postponed in that league rather than cancelled at this stage. Not having European fixtures would free up a few weekends to improve their domestic situation.

It might not be the primary motivation but I think it’s right that priority is given to domestic competitions and it would also have the benefit of allowing players to have some breathing space because there’s very little of that between now and the summer as things stand.

How well the French clubs are performing obviously shouldn’t and won’t factor into the decision-making process. We’re in unprecedented times, as has been said umpteen times over the past 10 months or so, and the health of players and their families must come first.

Testing a bit closer to kick-off may help but there’s still a risk whenever the testing is done and we may not want to think about it but it’s going to be an issue for the Six Nations as well.

There are cancellations left, right and centre at the moment in the Premiership and other domestic competitions and cross border tournaments are even more problematic in a lot of ways. The only way to really reduce the risk to a very low level would be to introduce bio-secure bubbles as they have done in cricket. That obviously isn’t practical in the Champions Cup and you could theoretically do it for the Six Nations but it’s a hell of a lot to ask of players and I don’t think it’s on the cards at all.

In cricket it maybe made sense because in many instances players would have been away for long periods of time anyway on tour. It was obviously still a huge sacrifice for the players to spend so long away from their immediate families though.

Spending months away from your extended family is one thing but to introduce bio-secure bubbles into the Six Nations would mean asking players to spend at least a couple of months not seeing their partners, and young children in some cases, and I can’t see that happening.

As a result, we are going to continue seeing positive tests and games being postponed or cancelled so something is going to have to give when it comes to certain competitions.

The concerns of the French clubs and government may yet be assuaged by the new protocols and they may continue in the Champions Cup but the health and welfare of the players and their families has to come first and, unfortunately, calling a halt to this season’s competition does seem like common sense right now.