After the financial meltdown of Wasps, most of the players at the club have managed to rebound and find new homes, some even shini…

Under RFU international eligibility rules, any Englishman exercising their rugby skills abroad cannot be picked to wear the red ro…

Head of England Sevens Simon Amor has named his 18-man squad for the 2019/20 season.

Watch: Four players that smashed it at the Cape Town Sevens

The Cape Town Sevens showcased some of the outrageous highlights that you can only find in the abbreviated form of the game. 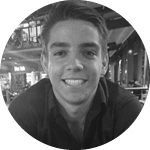