Saracens stun Bristol with blistering victory on return to Premiership

Saracens recorded a stunning victory on their return to the Gallagher Premiership as they demolished Bristol 26-9 at Ashton Gate.

Relegated to the Championship in 2020 following persistent salary-cap breaches for which they were fined more than £5million, Saracens endured a 348-day absence from English rugby’s top flight.

But fly-half Alex Lozowski, who spent last season on loan at French club Montpellier, kicked seven penalties – four of them from around the halfway line – and wing Alex Lewington crossed for a late try to leave Bristol floundering.

Despite being without a five-strong British and Irish Lions contingent including the likes of Maro Itoje and Owen Farrell as they complete their mandatory 10-week standdown period following the South Africa tour, Saracens were not to be denied.

A 19,000 crowd marked the league season’s opening night, and Bristol were confident of celebrating rugby director Pat Lam’s five-year contract extension that was announced on Friday in style.

But Lam’s team, Premiership semi-finalists in the last two campaigns, could manage only three Callum Sheedy penalties on a frustrating night for them that was highlighted by failing to score a second-half point. 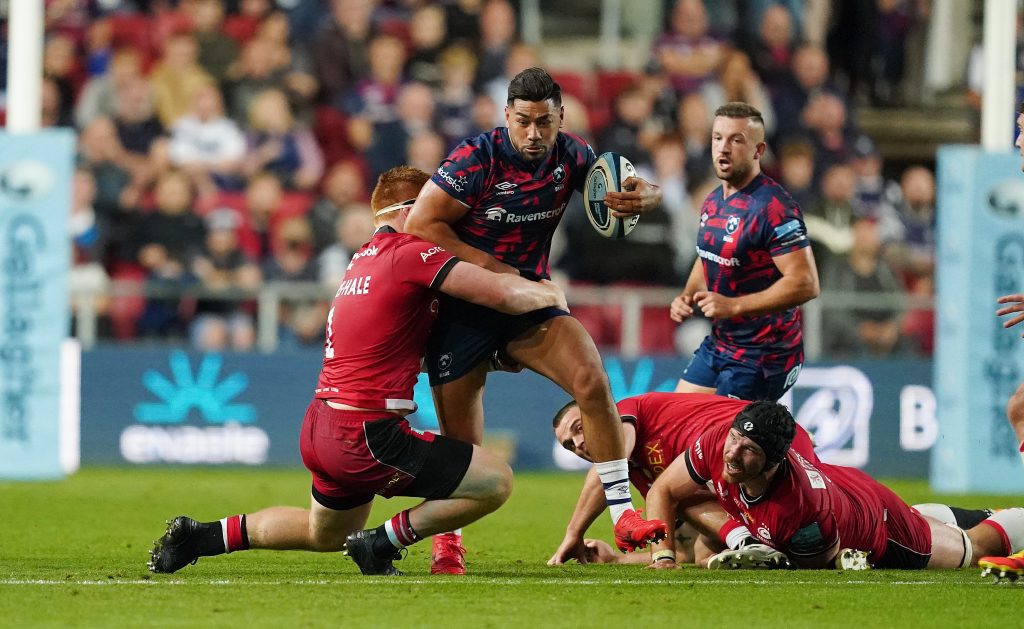 Saracens, though, immediately justified their title favourites’ tag, claiming a statement win as they bid to re-establish themselves among English rugby’s elite.

And the manner of their success will have set alarm bells ringing throughout the Premiership as Bristol were overpowered physically and out-thought tactically.

Saracens were boosted by returning loan players such as Lozowski and Ben Earl, who featured for Bristol last season.

But Bristol made a late change when wing Luke Morahan was ruled out because of a back injury, so Niyi Adeolokun replaced him and Jack Bates featured among the substitutes.

Sheedy kicked Bristol into a fifth-minute lead, yet Saracens started brightly, with Earl and number eight Billy Vunipola prominent, and Lozowski deservedly tied things up by landing a long-range penalty.

Sheedy, though, was in supremely accurate form off the tee, and he booted two penalties in quick succession – one from 48 metres, then one just inside Bristol’s half.

But Saracens stayed very much in the contest, and a second Lozowski penalty eight minutes before half-time cut their deficit.

The Saracens forwards had a real appetite for the battle, and they gained a scoring chance as interval approached, with Lozowski completing his penalty hat-trick to make it 9-9 at the break.

Bristol’s early threat to take charge of the contest had subsided, and they fell behind for the first time after Lozowski kicked a 45th-minute penalty. 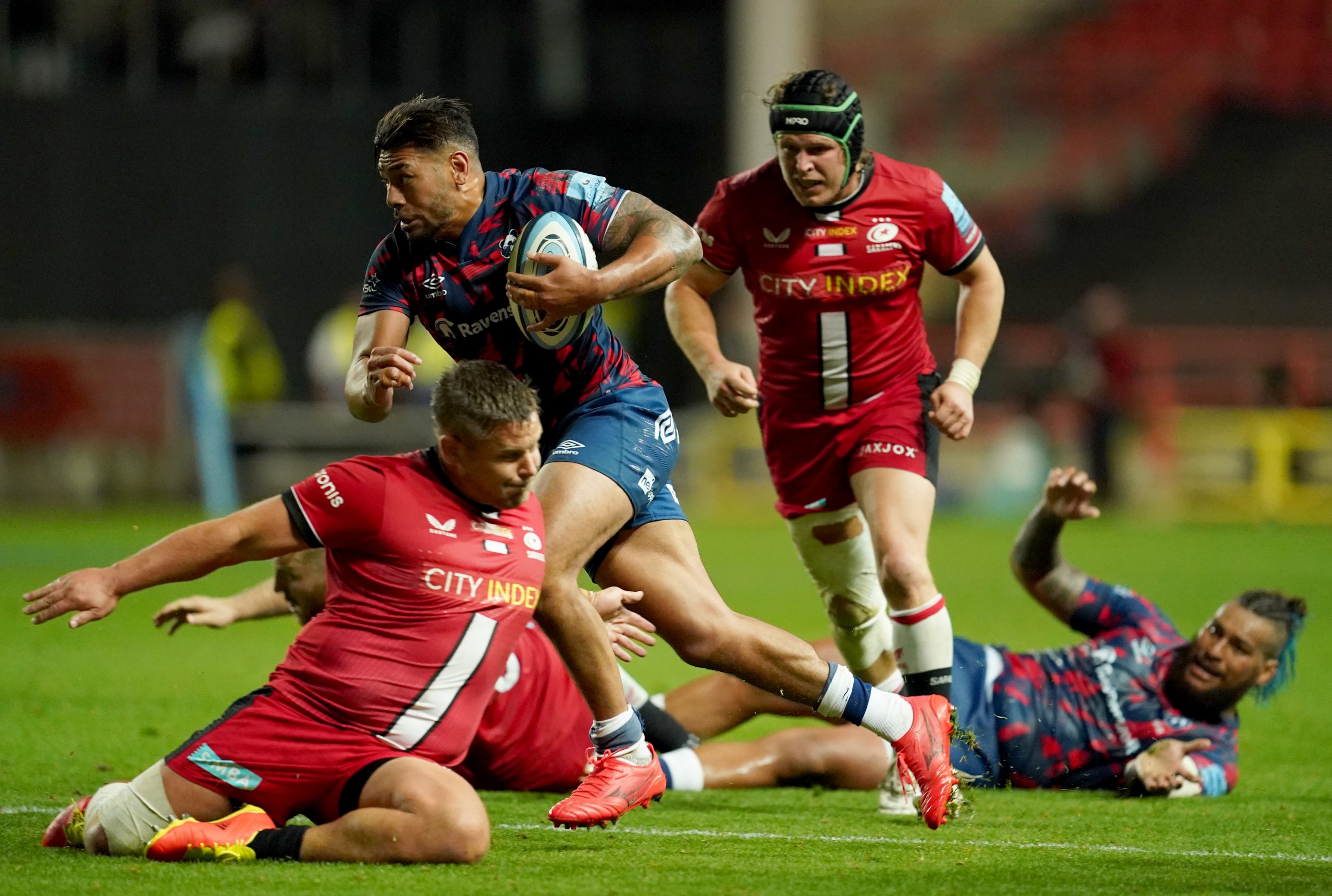 Before Bristol could regroup, Lozowski punished further Bristol indiscipline as he slotted penalty number five, and the West Country club suddenly had plenty to ponder.

The home side constructed a spell of concerted pressure, but they were undone by a combination of poor handling under pressure and resilient Saracens defence.

Saracens’ intensity level was such that it looked as though they had never been away from the Premiership, and Bristol could find no way through approaching the final quarter. 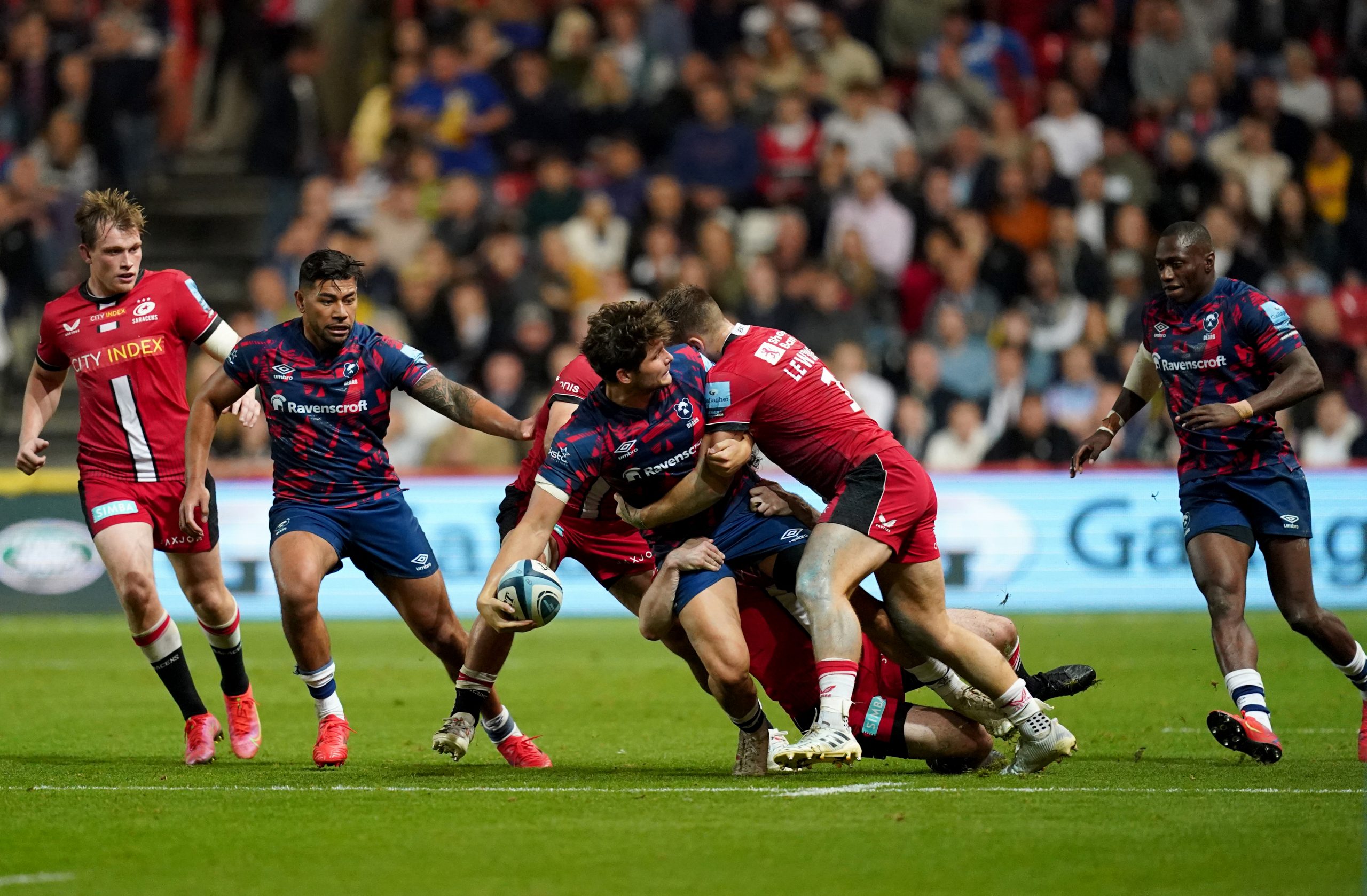 Lozowski made it six successful kicks from seven attempts with another long-range effort after 59 minutes, and for the first time, there was scoreboard daylight between the teams.

Lozowski quickly completed a magnificent seven-penalty haul as Bristol continued to give him opportunities, and there was no way back for a shell-shocked home side.

Saracens then closed things out to post a famous triumph, with Lewington’s touchdown icing the cake after Lozowski kicked into space, leaving Bristol’s defence flat-footed. 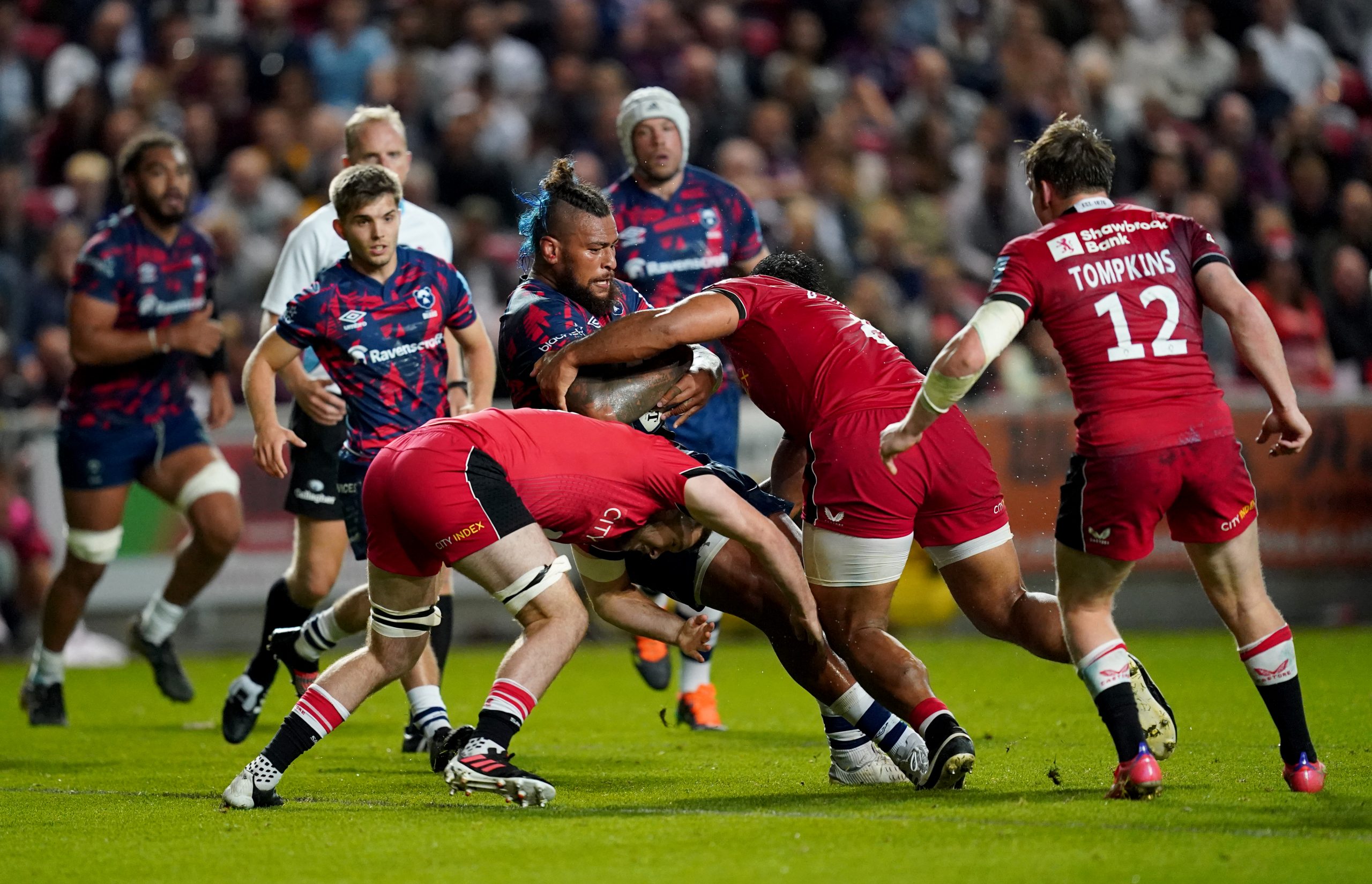